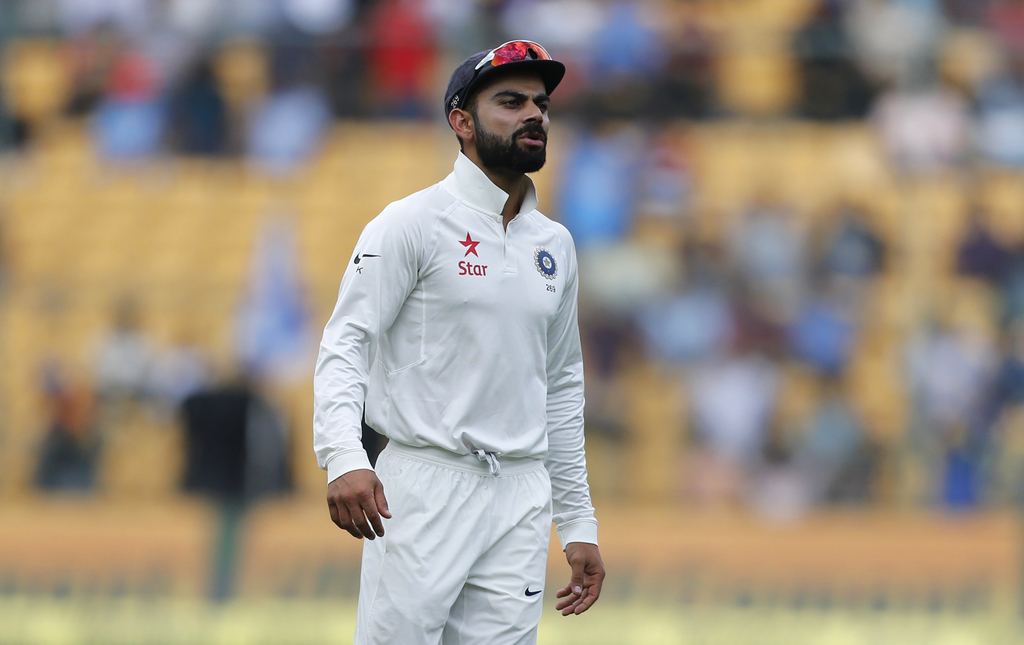 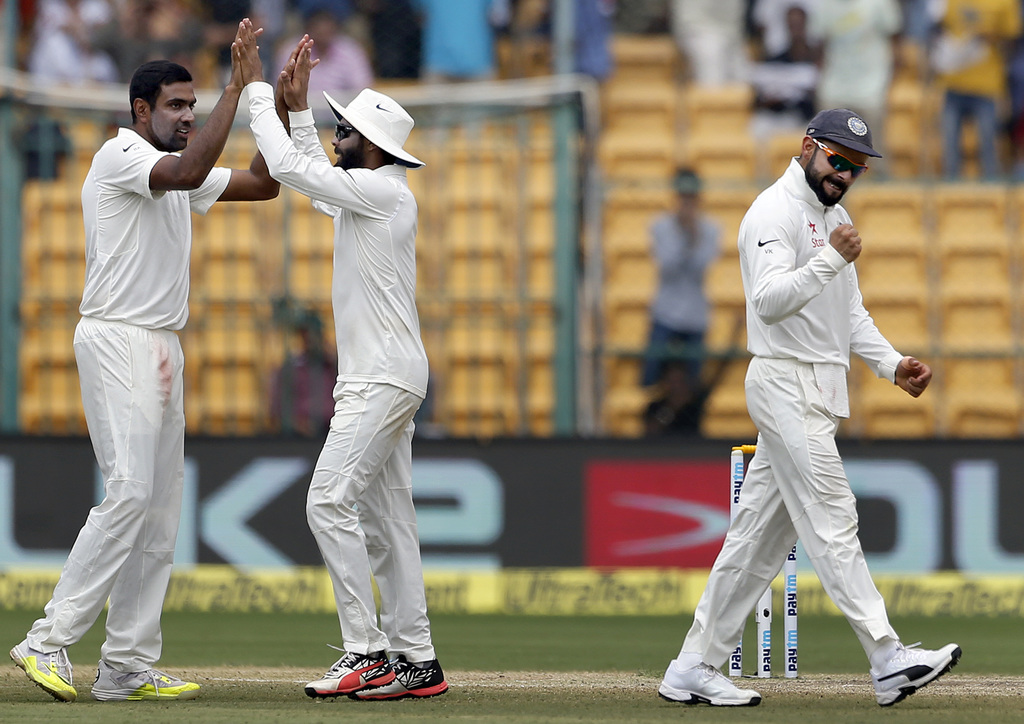 BANGALORE, India (AP) — No action will be taken against India captain Virat Kohli or Australia skipper Steve Smith after they were involved in a disputed DRS referral during the second test, the International Cricket Council announced Wednesday.

India won the test by 75 runs on Tuesday, but the day's action was marred after Indian bowler Umesh Yadav trapped Smith leg before wicket with a delivery that failed to rise.

Smith checked with his partner Peter Handscomb, and then turned around to face the dressing room — appearing to look for guidance on whether to ask for a referral or not, a gesture that angered Kohli.

Looking to defuse the controversy, ICC chief executive David Richardson said in a statement: "''We have just witnessed a magnificent game of test cricket where players from both teams gave their all and emotions were running high during and after the match.

"We would encourage both teams to focus their energies on the third test in Ranchi next week."

Richardson also said that the match referee would remind both captains of their responsibilities to the game ahead of the third test, with the four-match series level at 1-1.

At the time of the incident, Kohli said he had previously made the umpires aware of the same tactic being used by Australia.

"It has to stop, because there is a line that you don't cross on the cricket field. Sledging is different," Kohli said.

"I would never do something like that on the cricket field."

"I find the allegations questioning the integrity of Steve Smith, the Australian team and the dressing room, outrageous," Sutherland said in a statement.

"Steve is an outstanding cricketer and person, and role model to many aspiring cricketers and we have every faith that there was no ill-intent in his actions."

Smith acknowledged in the post-match news conference that he had made a mistake.

"I got hit on the pad and looked down to Petey (Handscomb) and he said 'look up there', so I turned around and it was a bit of a brain fade on my behalf," Smith said. "I shouldn't have done that."