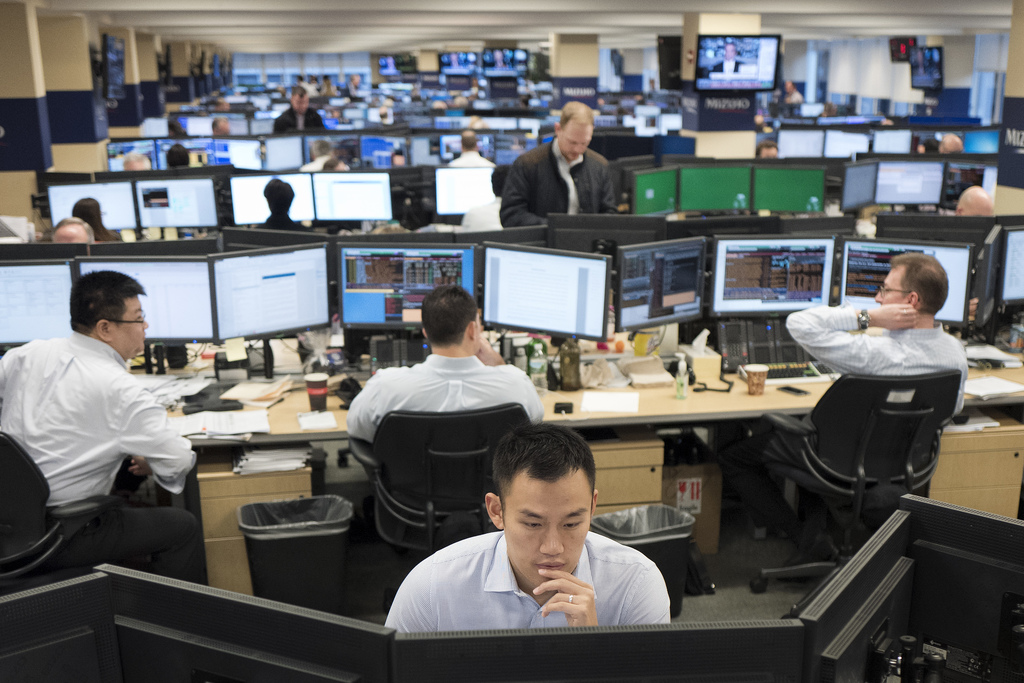 NEW YORK (AP) — U.S. stocks are off to a mixed start Wednesday morning. A survey of private business payrolls showed employers added the most jobs in three years in February, and banks are jumping as bond yields and interest rates move higher. Smaller, domestically-focused companies are also climbing as investors grow more confident that the economy will keep growing. High-dividend stocks are slumping.

SURVEY SAYS: Payroll processor ADP said private businesses added 298,000 jobs in February thanks in part to big increases in construction and manufacturing jobs. The U.S. government will issue its own report on the broader jobs market Friday. U.S. employers added 261,000 jobs in January.

BONDS: Bond prices dropped. The yield on the 10-year Treasury note jumped to 2.56 percent from 2.52 percent. That took banks and other financial companies higher because they stand to make more money on mortgages and other loans as interest rates rise. Citigroup jumped $1.50, or 2.5 percent, to $62 and Regions Financial gained 28 cents, or 1.8 percent, to $15.46.

The Federal Reserve will meet next week and investors expect the central bank to raise interest rates for the first time since December.

Stocks that pay big dividends, like real estate investment trusts and utilities, stumbled. Those stocks are often compared to bonds because of their hefty payments to shareholders, but when bond yields rise, investors often sell those stocks so they can buy bonds instead. NRG Energy lost 43 cents, or 2.5 percent, to $16.68 and Realty Income dropped $1.55, or 2.6 percent, to $58.29.

BLOCK PARTY: H&R Block jumped after the tax preparer reported solid third-quarter results and said it's seeing good results early in tax season, the most important time of the year for the company. Block said it is seeing a smaller decrease in people who are filing their taxes online than its competitors are.

OUT OF FASHION: Urban Outfitters sank $1.52, or 6 percent, to $23.89 after analysts said they were disappointed with the retailer's forecasts for the new fiscal year.

OVERSEAS: The French CAC 40 rose 0.3 percent and the DAX in German gained 0.2 percent. The FTSE 100 in Britain rose 0.1 percent. Tokyo's Nikkei 225 index shed 0.5 percent and in Hong Kong the Hang Seng advanced 0.4 percent. The Kospi in South Korea was unchanged.