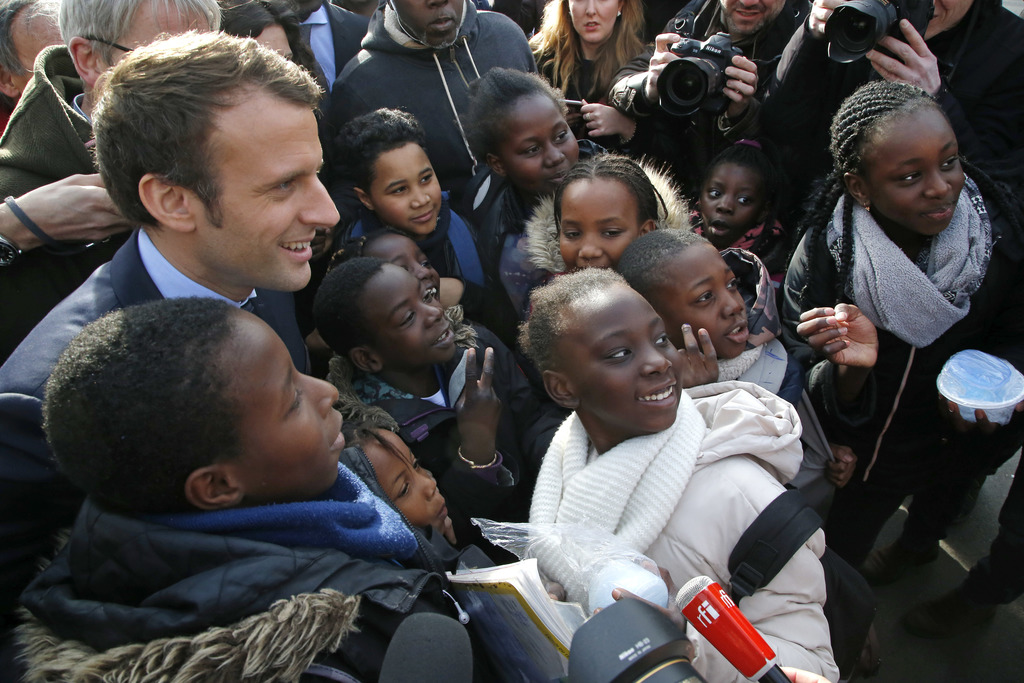 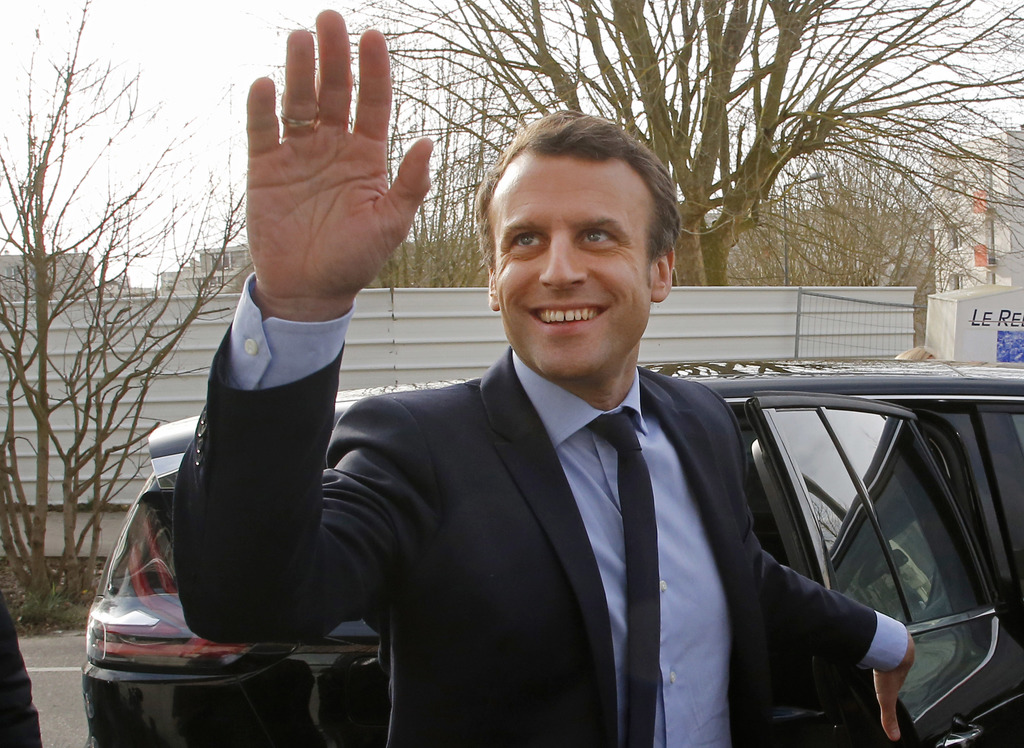 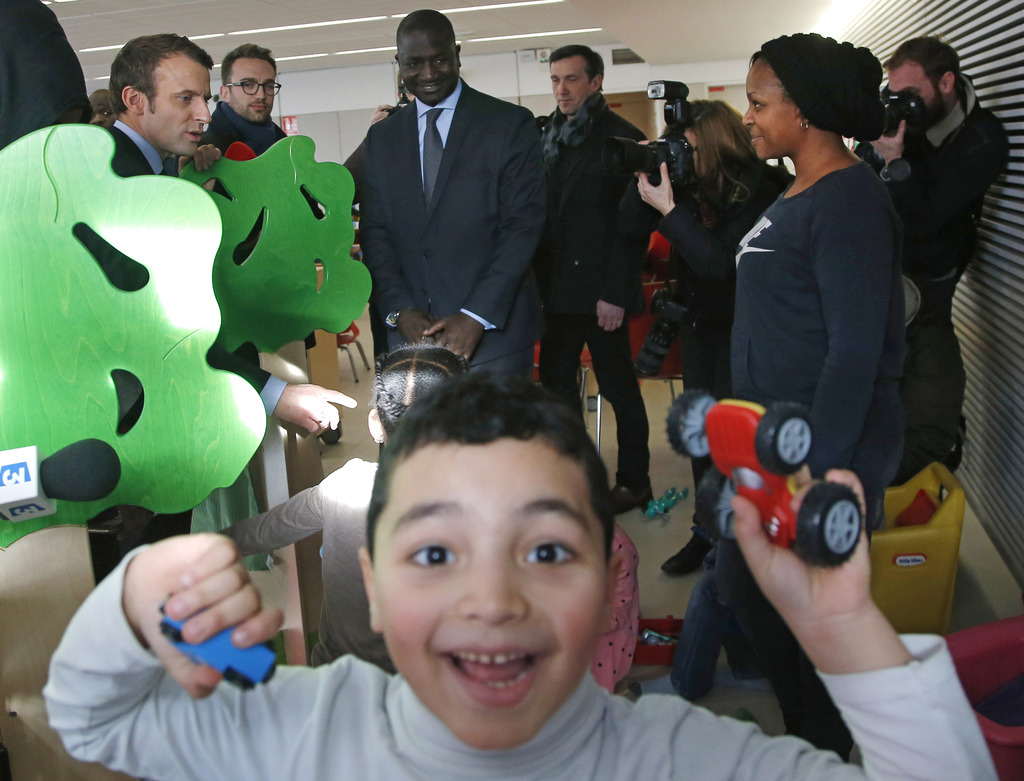 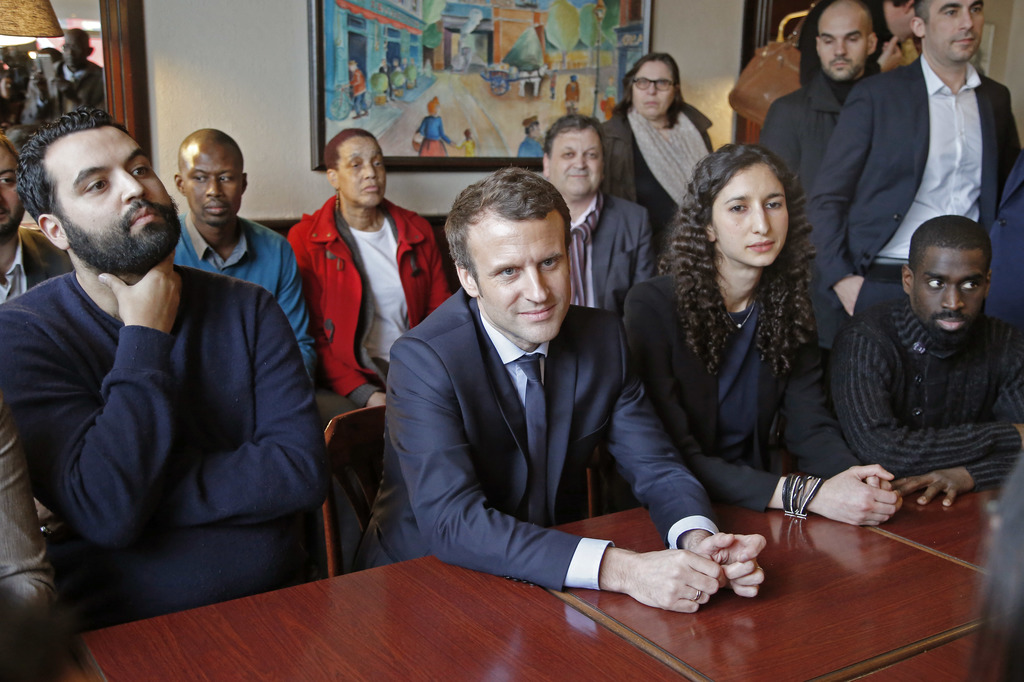 The hurdles are high. Disillusioned residents of housing project in towns like Les Mureaux, west of Paris, are deeply skeptical of campaign promises and the political elite. French presidents have tried for decades to fix the suburbs, and repeatedly failed.

But that's not deterring Macron, increasingly labeled by polls as the front-runner in France's two-round April 23-May 7 election. He played with schoolchildren and huddled with community activists this week in Les Mureaux, where housing projects bustle with people of Arab and African origin, where joblessness is high and voter turnout low.

"Those who live ... where social and economic difficulties or migration are concentrated, do not receive the same chances as elsewhere to succeed," Macron said, encouraging young residents to stop aspiring to become sports stars and build their own businesses instead.

Macron's visit comes as unrest has shaken suburbs in recent weeks, aggravated by the alleged rape of a young black man with a police baton.

Some 50 young people were in custody Wednesday in Saint-Denis, north of Paris, for allegedly throwing stones at police cars, setting fires and lobbing smoke bombs into a school. The reason for the violence was not clear, but the alleged rape has sparked many angry protests that have turned violent.

Ely Mbareck of the Helping Hands association in Les Mureaux said many suburban youth turn to crime and violence for lack of options.

"For me it's not an excuse, but we should ask questions. Often it's due to a lack of jobs, a social misery that put them totally on their knees, and the only outcome they see is criminality, unfortunately," he said after meeting with Macron.

"Here in Les Mureaux, there is a big population coming from migration. They are as patriotic as the others. Now, Marine Le Pen? She is stigmatizing us every day, so I don't see me voting for Marine Le Pen," Mbareck said.

Reacting to the latest suburban violence, Le Pen's party said in a statement Wednesday: "In the face of gang violence, the state must be unyielding and respond with zero tolerance. Marine Le Pen is the only presidential candidate to propose breaking with this culture of permissiveness."

Youth unemployment is a problem nationwide, with 24 percent of people under 25 registered as jobless last year, compared to the overall national 10 percent rate. But in 751 low-income communities designated by the government as needing priority help, primarily in the suburbs, youth unemployment reaches 45 percent.

At first glance, the 39-year-old Macron seems an unlikely savior of the suburbs. A blue-eyed former investment banker, he routinely quotes French philosophers and looks like a product of the coddled white elite.

But he has been trying to remedy suburban problems since well before this presidential campaign. As economy minister from 2014-2016, he encouraged startups and social media platforms such as Uber, which allowed many young men from French suburbs with limited education to earn a living.

He also tried to allow hairdressers to work out of their homes officially — since many women, especially in suburban immigrant communities, already run unofficial home hair salons — but ran into opposition from established businesses.

Les Mureaux was among many suburbs, or "banlieues," that saw vicious riots in 2005 as youths rose up to protest the death of two teen boys fleeing from police. In the ensuing years, governments injected money into suburbs like this one, tearing down crime-ridden projects and putting in parkland and new school programs.

"Who can we trust? That's the question, because we heard so many things (promised), but the opposite is happening," said community worker Ba Ndiaye.

While many residents say they will ignore the election or cast a blank ballot, Fall Cheikh is among those who see Macron as a reason to hope. Macron has never held elected office and is painting himself as a candidate with a clean slate and fresh ideas.

"I think that people do not vote simply because they are fed up with politicians," said Cheikh, a black man in his 30s.