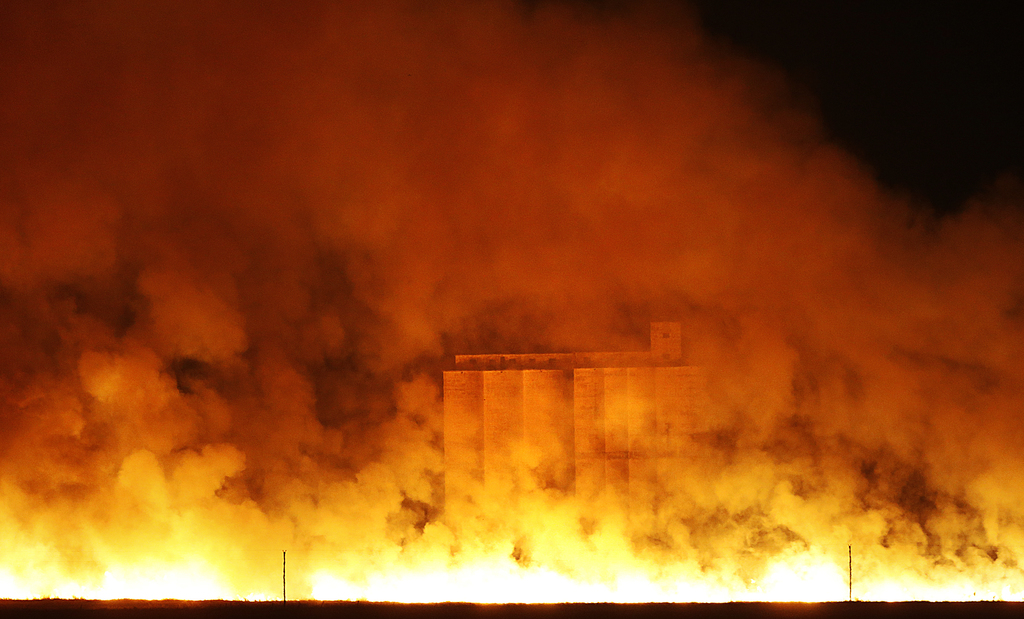 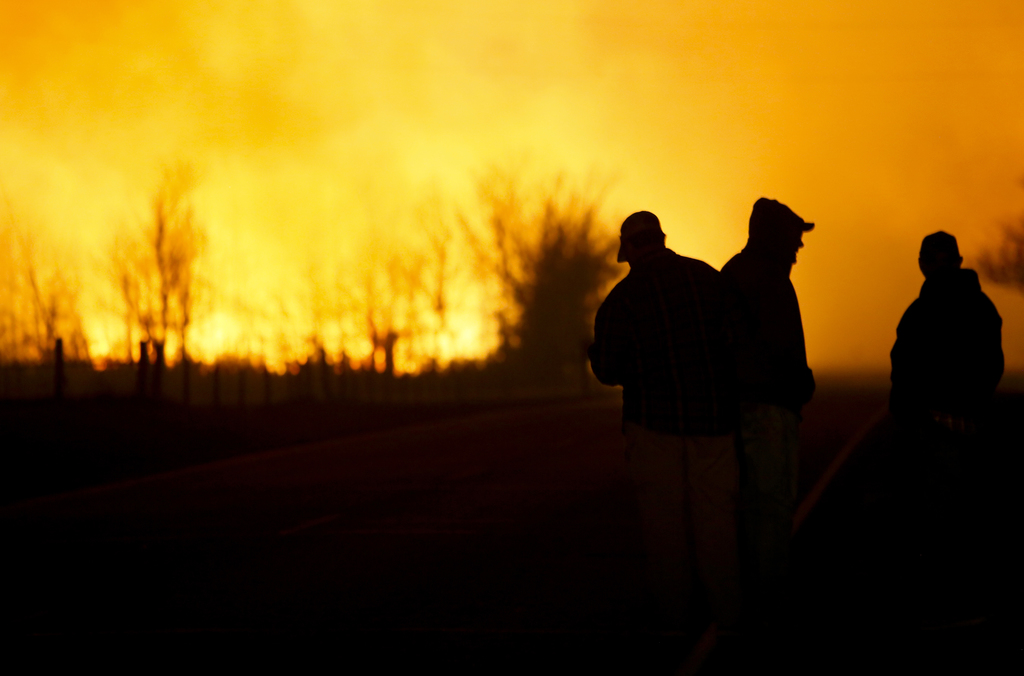 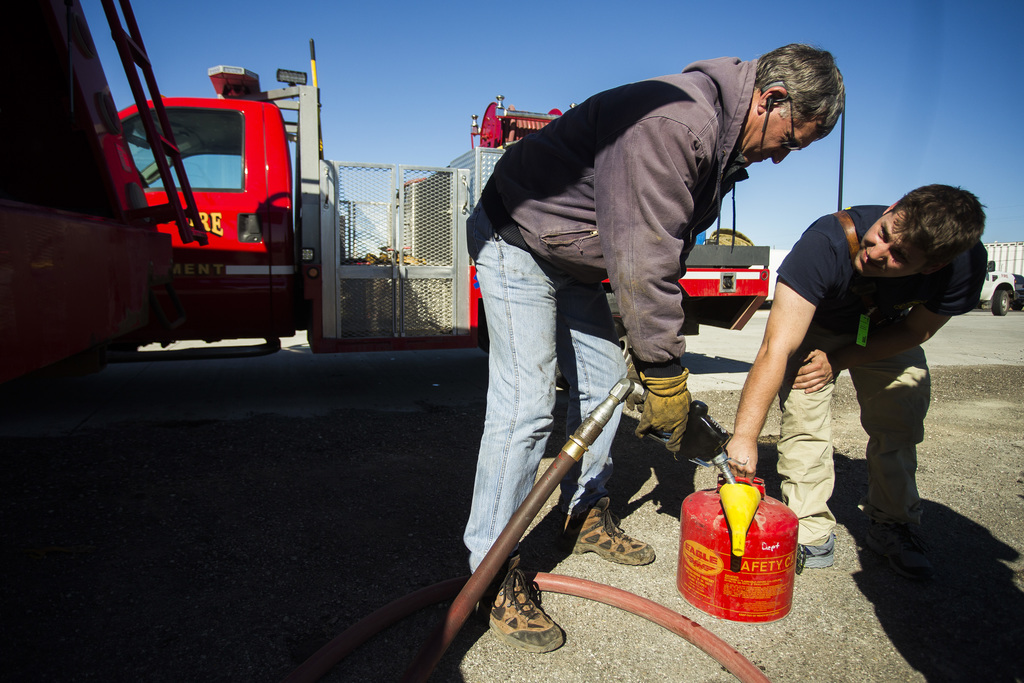 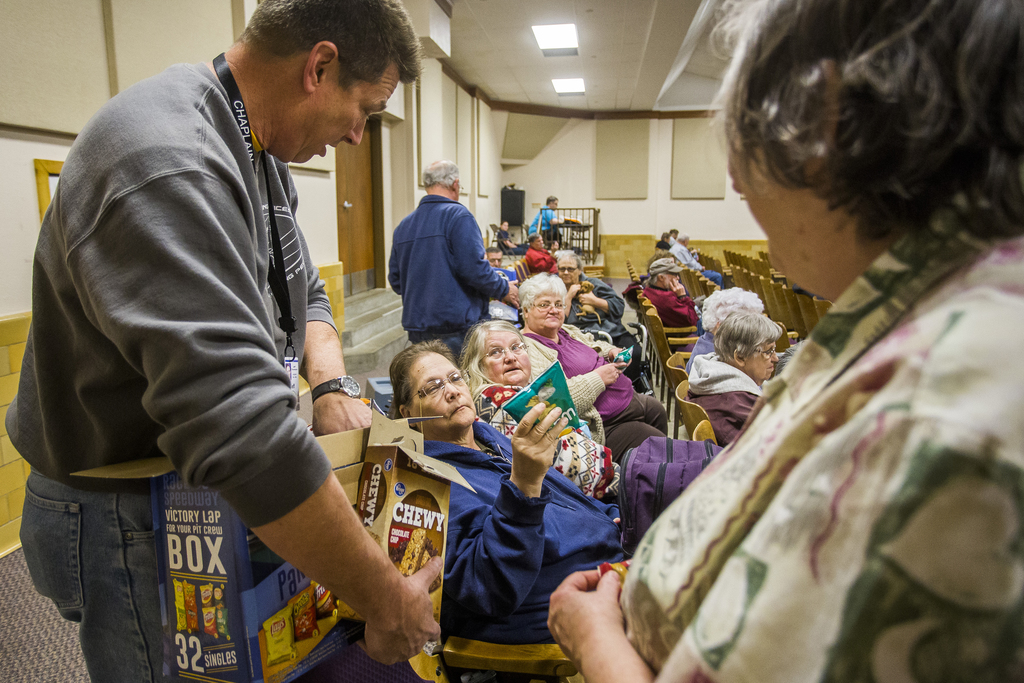 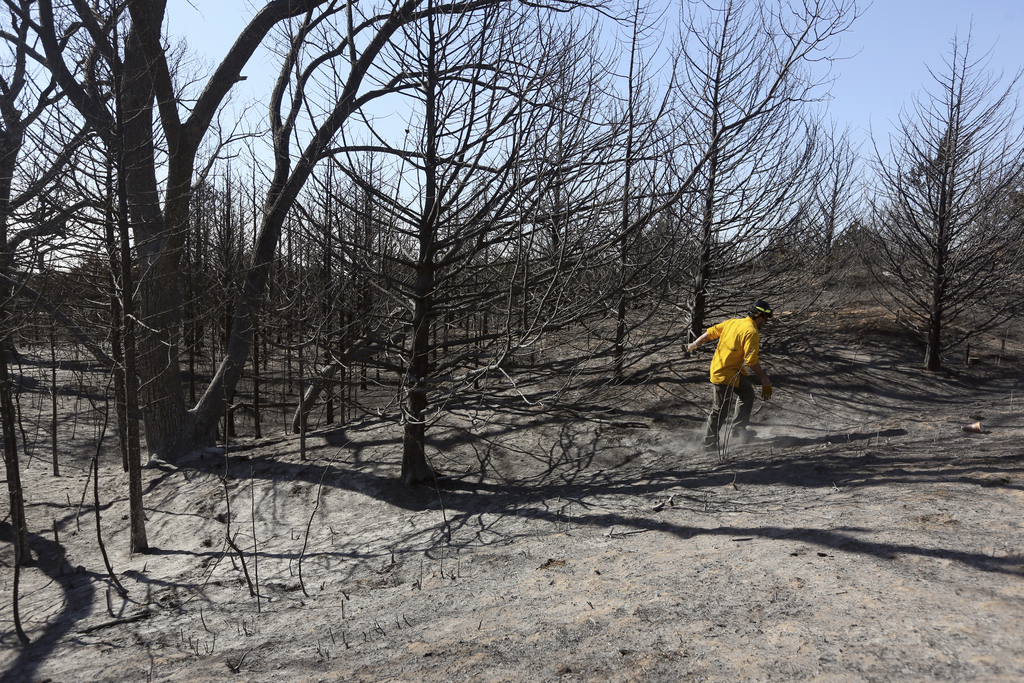 The Kansas Division of Emergency Management said late Tuesday that the heaviest damage is in Clark County, where 548 square miles have burned. That fire started in Oklahoma before moving into the Kansas ranching community.

Another 235 square miles have burned in neighboring Comanche County, Kansas.

The state says six other counties are battling blazes. Among them, estimates of the burned land range from a single square mile to about 90.

Kansas National Guard Black Hawk helicopters have been assisting with the firefight. They dropped about 138,000 gallons on fires near Hutchinson in Reno County, where 10,000 to 12,000 people voluntarily evacuated their homes.

Winds are expected to diminish as emergency crews in four states continue to battle wildfires that have killed six people and destroyed hundreds of square miles of land.

The Oklahoma-based Storm Prediction Center says powerful wind gusts that fanned the flames in Kansas, Colorado, Oklahoma and Texas should ease to about 10 to 20 mph on Wednesday.

Authorities in Oklahoma say a woman had a fatal heart attack while trying to save her farm from one blaze. Oklahoma Gov. Mary Fallin on Tuesday declared a state of emergency in 22 counties.

All of eastern Colorado is classified as either moderately or abnormally dry, according to the U.S. Drought Monitor.