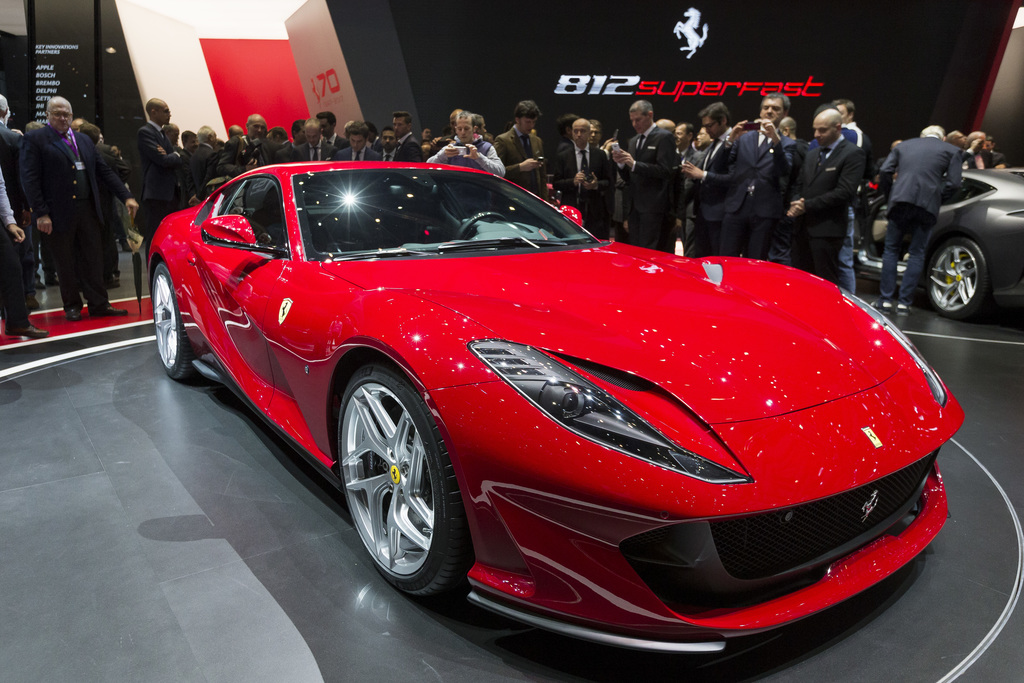 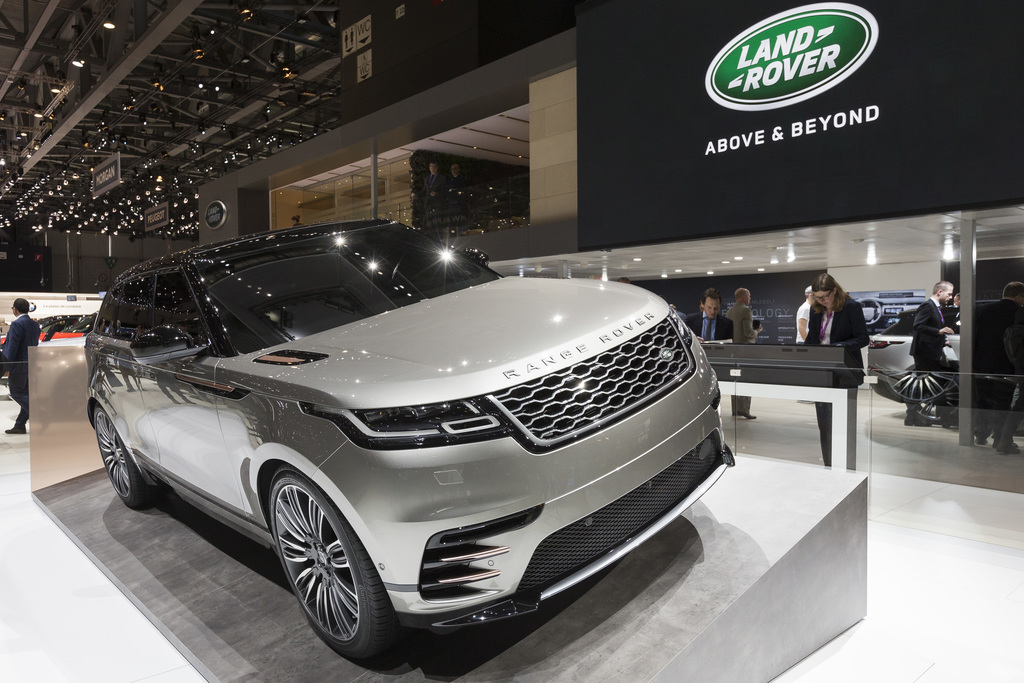 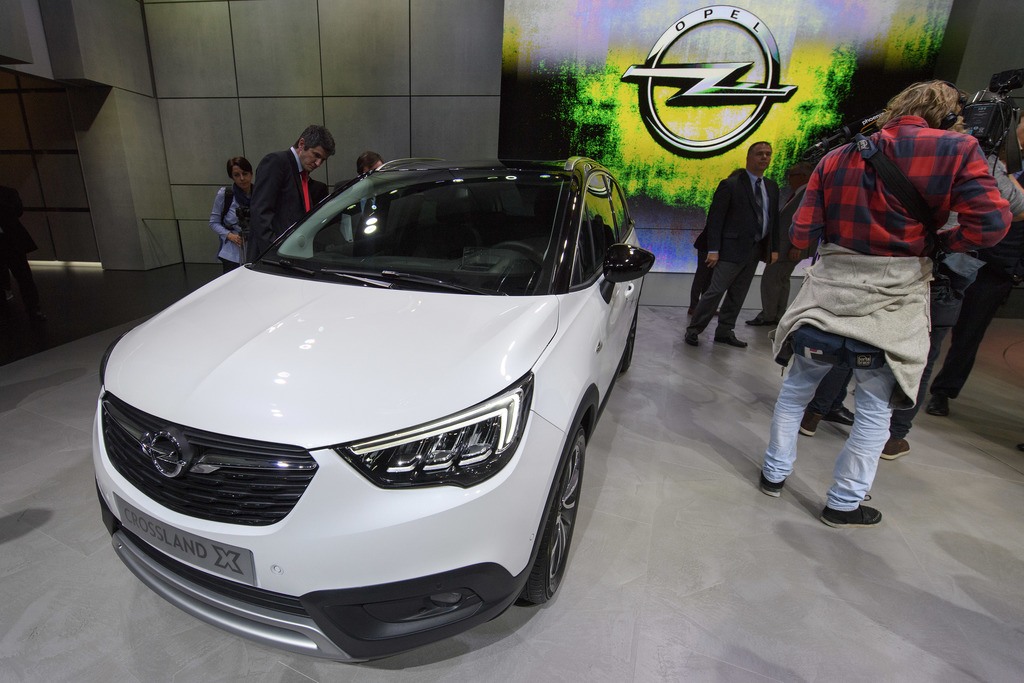 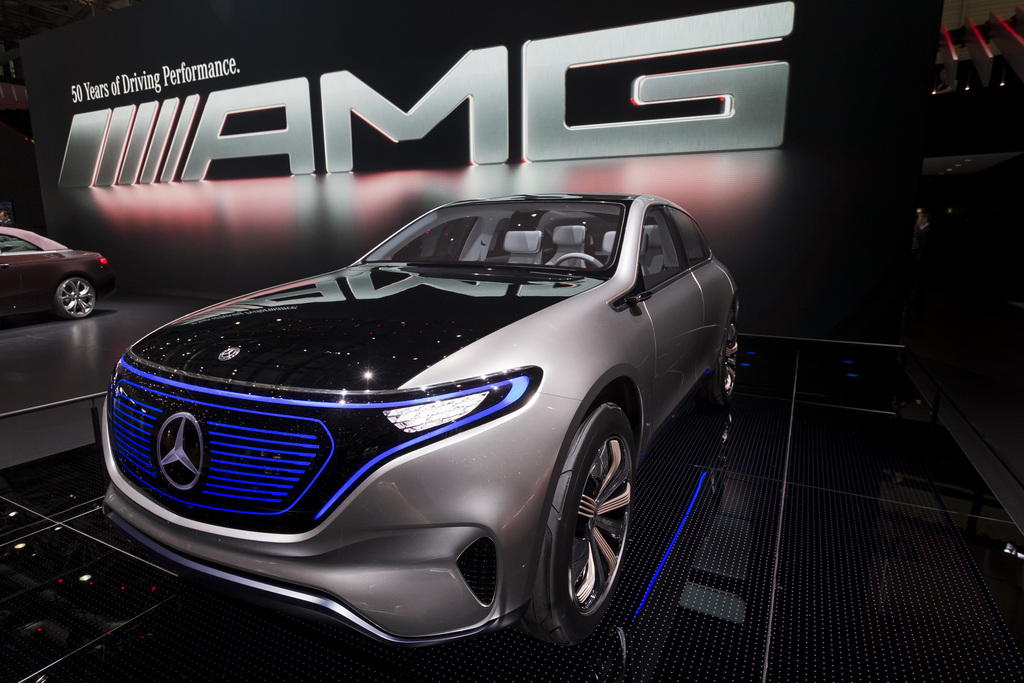 GENEVA (AP) — A Ferrari with the speed, power and roar of a racecar. An urban sport-utility for regular folks that Opel hopes will help it return to profit. A rugged but upscale Mercedes-Benz pickup truck.

They were among the most significant of the 900 vehicles scrutinized by journalists and analysts this week at the 87th Geneva International Motor Show. The show opens to the public on Thursday at the Palexpo center and runs through March 19. An adult ticket is 16 Swiss francs ($16), a ticket for under-16s costs 9 francs.

Here's a look at several of the more eye-catching vehicles:

Struggling German automaker Opel hopes to tap one of the hottest market segments with this very small SUV. SUVs are increasingly important in the European market, rising from 7 percent to 20 percent in the decade from 2007.

At 4.21 meters (13 feet 10 inches) long, the Crossland X is 16 centimeters (6 inches) shorter than Opel's mainstay Astra compact, making it easy to park in Europe's often crowded and narrow streets. And it is 10 centimeters (4 inches) taller, offering the higher seat position that makes some drivers feel more comfortable in traffic.

The Crossland keeps off-road features such as protective covering over the wheel wells and lower doors. But Opel is clear that this one is meant for city streets; the marketing concept aims at people who load up on groceries at an organic farm outside town or use the generous rear cargo space to lug suitcases on vacation to Tuscany.

The Crossland X has a panoramic glass roof and an eight-inch touchscreen on the dash that lets occupants use the Apple CarPlay or Android Auto apps.

The vehicle was developed as a collaborative project with PSA Group, which has reached a deal to buy Opel from parent company General Motors Co. That means it's a sign of things to come. To return Opel to profit, PSA Group will need the higher per-vehicle earnings that come from SUVs as compared to ordinary mass-market cars. Opel hasn't made a full-year profit in Europe since 1999.

Daimler AG's luxury brand is positioning this mid-size pickup as more than just a workhorse; they hope it appeals to people who want to combine commercial use and off-road capability with personal transportation such as taking the kids to school, towing a boat or shopping for groceries. And so the X-Class has an electric winch and big tires to lug up to 1.1 ton of freight, but also comfortable nubuck leather seats and room for five people.

Marketing materials envision customers like an Argentine cattle rancher, a soybean farmer in Brazil or a South African winemaker. The key markets are seen as Brazil, Argentina, Australia and South Africa. The company says that mid-size pickups are the largest single vehicle segment in Australia with 14.1 percent, and second-biggest in Argentina with 11.6 percent.

The company says it hasn't made a decision on whether it will sell the truck in the U.S. The X-Class will go on sale in Europe later this year.

It will be manufactured in cooperation with the Renault-Nissan Alliance at a Nissan plant in Barcelona, Spain and at a Renault plant in Cordoba, Argentina.

The name says it all — it's the car Ferrari says is "the most powerful and fastest" in its history. The huge 6.5 liter engine will take the vehicle to a top speed of 340 kph (211 mph), and from 0-100 kph (0-62 mph) in 2.9 seconds. The big engine has been tuned so that it produces "a full, rich exhaust sound that exploits the acoustic clout delivered by its increased displacement." Electronic side slip control will make all that power a little easier to handle, and active flaps at the front of the underbody shift to improve the car's aerodynamics.

This luxury SUV fills a size niche between the Range Rover Evoque and the Range Rover sport. It carries two to five people in a luxurious interior with two 10-inch touchscreens and sound from a 1600-watt Meridian Signature sound system. Eight devices can connect to the on-board WiFi hotspot.

The crisp acceleration, especially in the larger engine version, along with electronic stability control, should make it easy and fun to drive despite its size and high seat position. The larger, six-cylinder engine option goes from 0-100 kph in 5.3 seconds and has a top speed of 250 kph (155 mph).

There are two interior options: one in leather and another in fabric using wool-blend cloth and a suede-like cloth made from recycled materials. The design is understated: the usual long, sloping shoulder line and unobtrusive door handles that retract when not being used.

Analyst Ian Fletcher at IHS Markit says the vehicle is a reminder that "people like to drive." The Velar, he said, could appeal to well-off customers who may have driven a sports car when they were younger: "Now they've got a young family but they don't want to give up driving enjoyment."

The McLaren's 720S sports car caused a pedestrian traffic jam at its unveiling as journalists and industry workers crowded the display stand to take pictures and cellphone video of the sleek, bright-orange speedster.

Intakes sculpted deep into the door panels feed air to the mid-mounted engine. Eye-catching dihedral doors open upward, but stay close enough to the vehicle to enable parking in tight spots, says the company. Weighing only 1,283 kilograms (2,828 pounds) unfueled thanks to a carbon-fiber chassis, the car's 720-horsepower engine pushes it to 100 kph (62 mph) in only 2.9 seconds, with a top speed of 341 kph (212 mph). Race-car speed comes with a clean but luxurious two-seat interior in leather and machined aluminum.