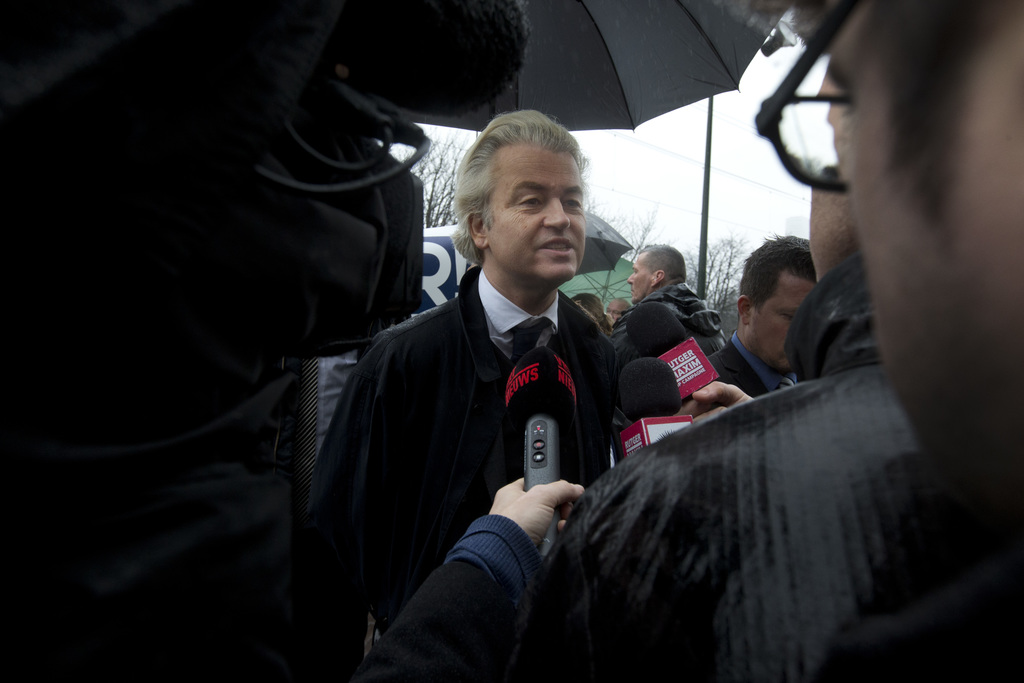 THE HAGUE, Netherlands (AP) — Anti-Islam populist Geert Wilders says Turkey's foreign minister is not welcome in the Netherlands to lobby for a "yes" vote in a Turkish referendum on constitutional reform that would give President Recep Tayyip Erdogan more power.

Amid tight security, Wilders held a brief demonstration Wednesday outside Turkey's embassy in The Hague to protest a planned rally by Mevlut Cavusoglu to seek support among Turks living in the Netherlands.

Standing in front of a banner saying: "Stay Away! This is our country," Wilders called Erdogan a "dictator" and said, "We will not help strengthen a dictatorship."

The demonstration came the morning after Cavusoglu addressed a rally in the German city of Hamburg and a week before Dutch elections in which Wilders is forecast to make strong gains.