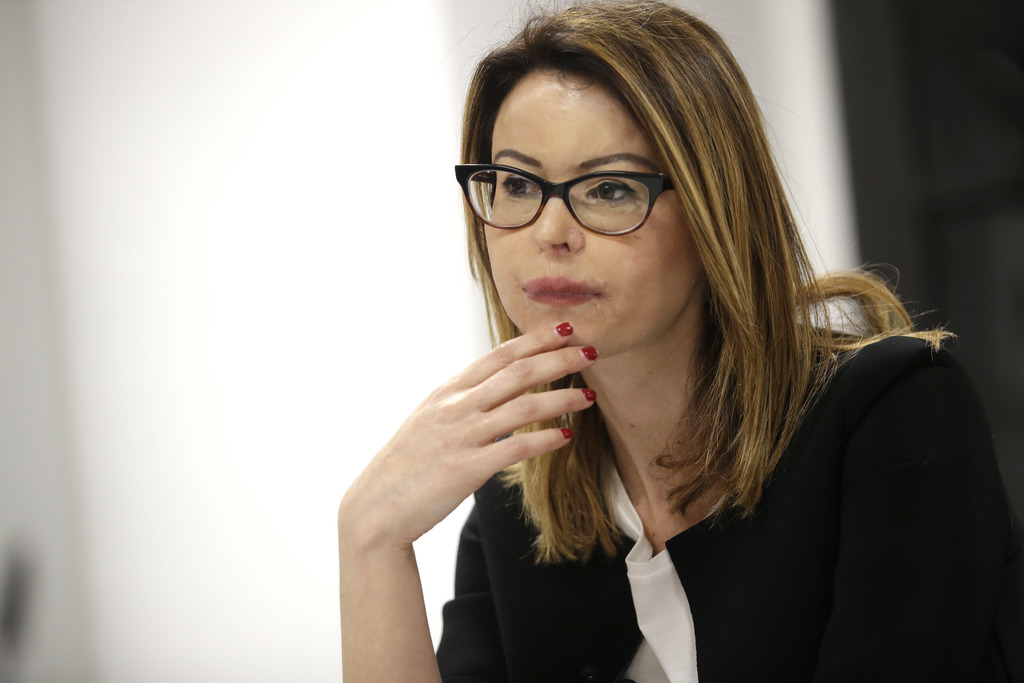 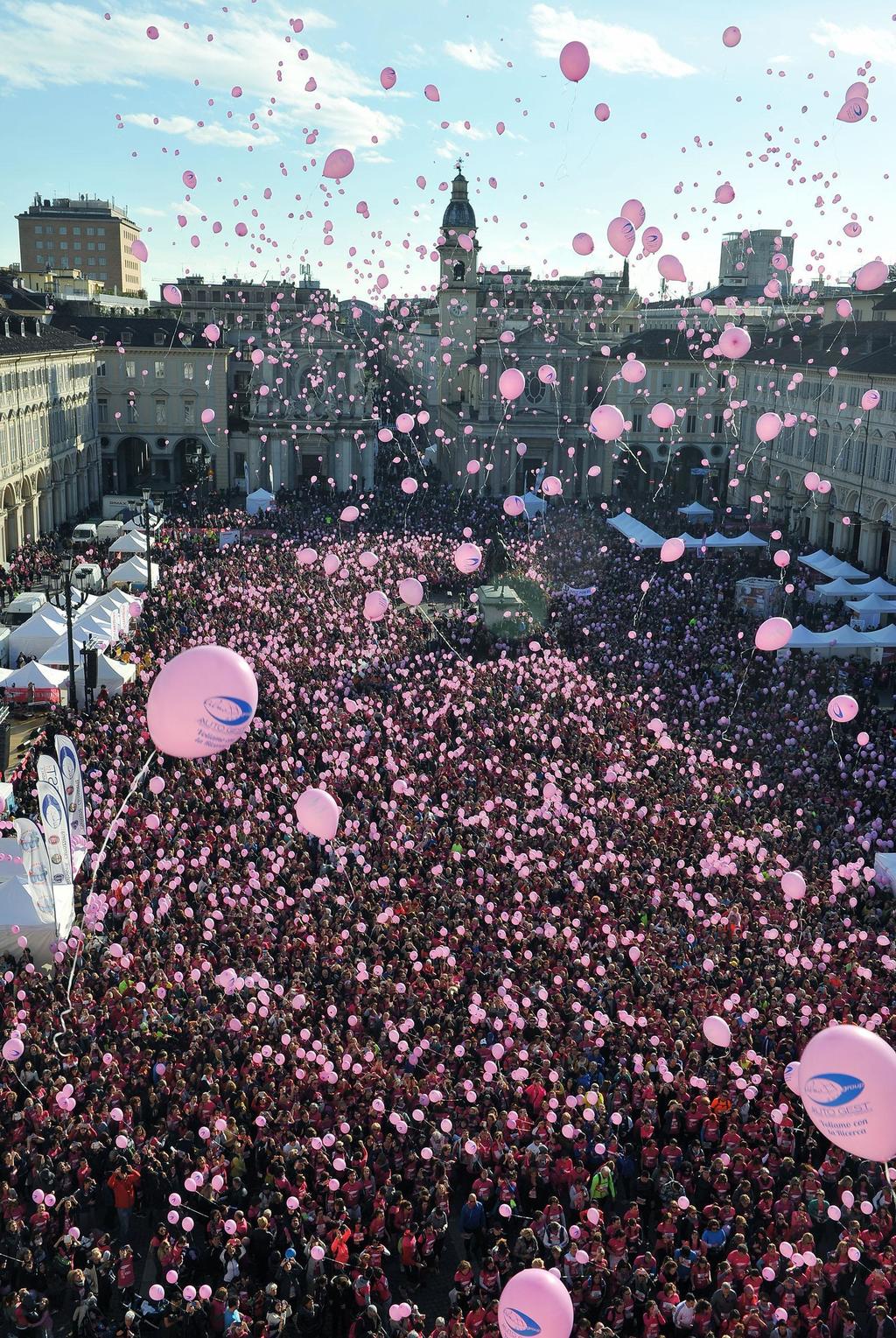 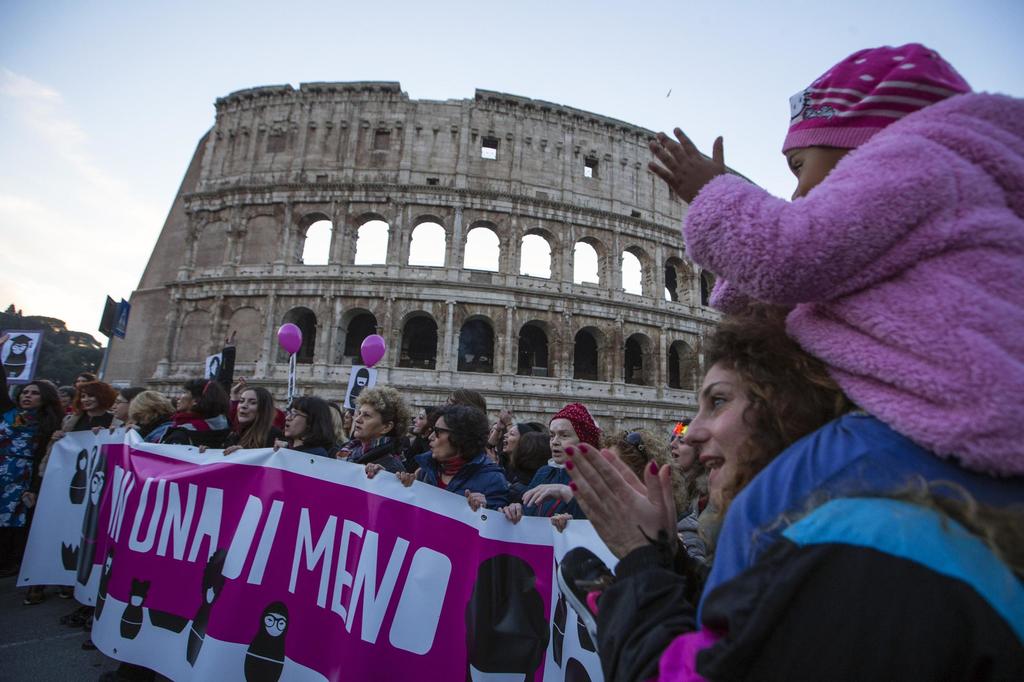 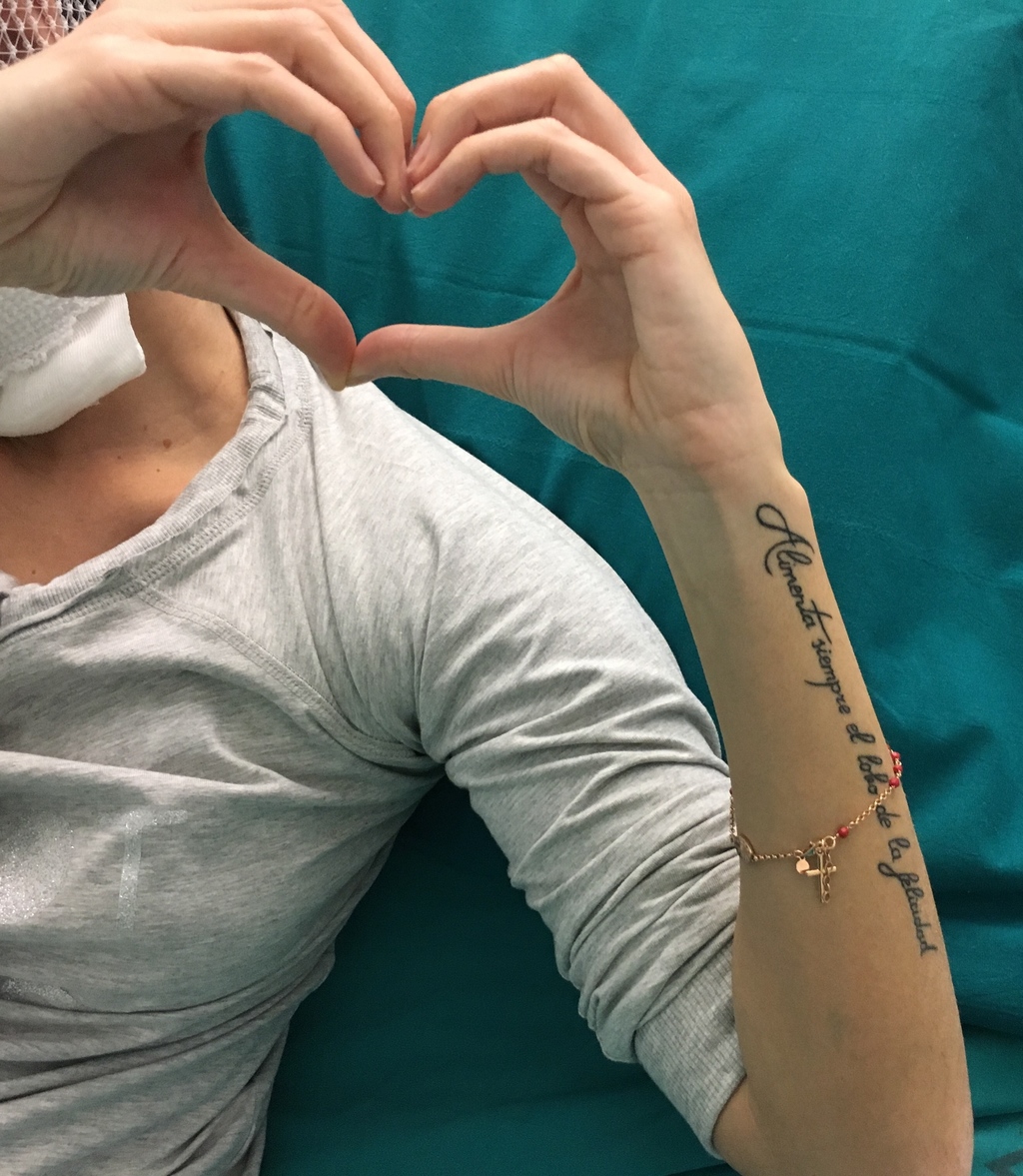 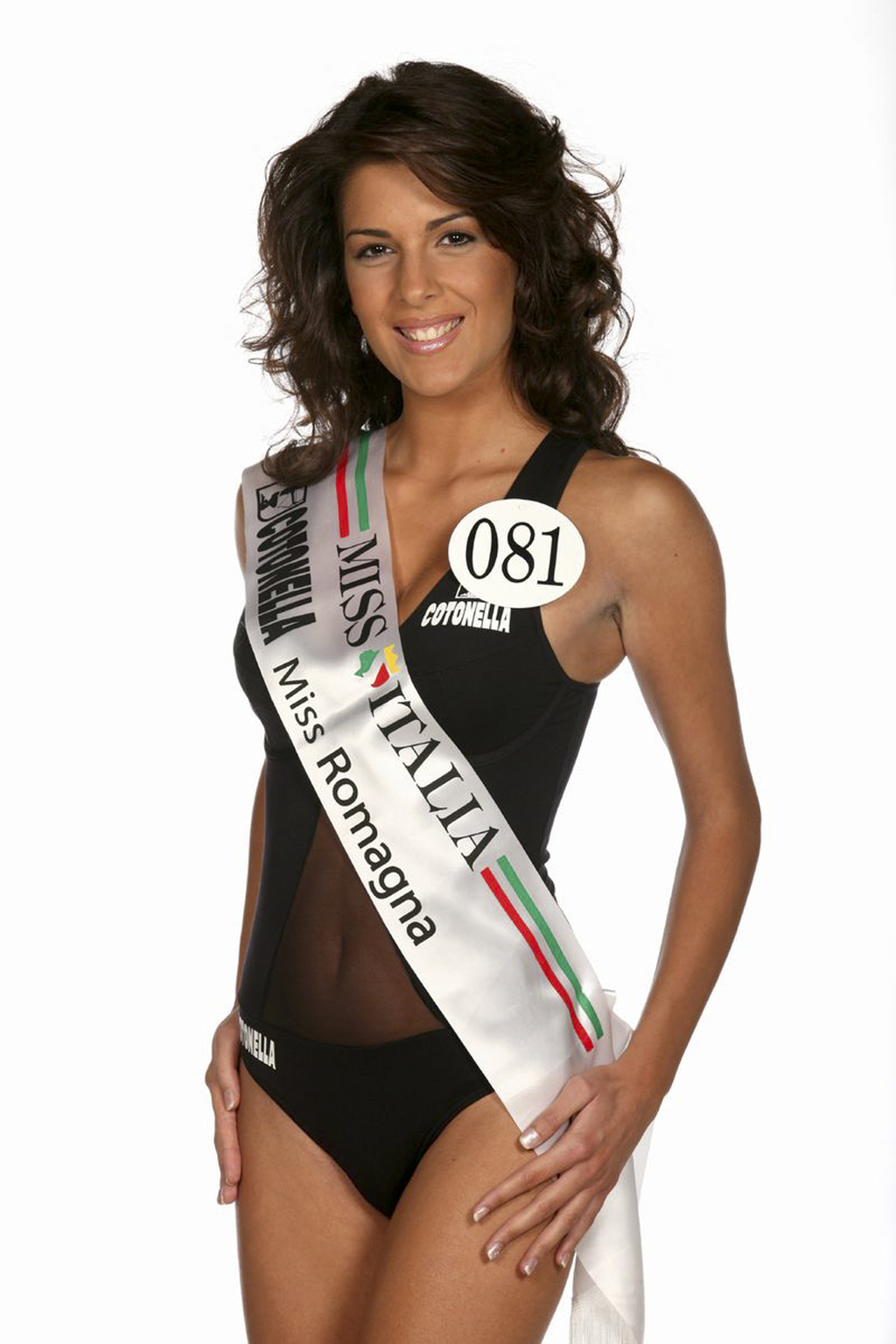 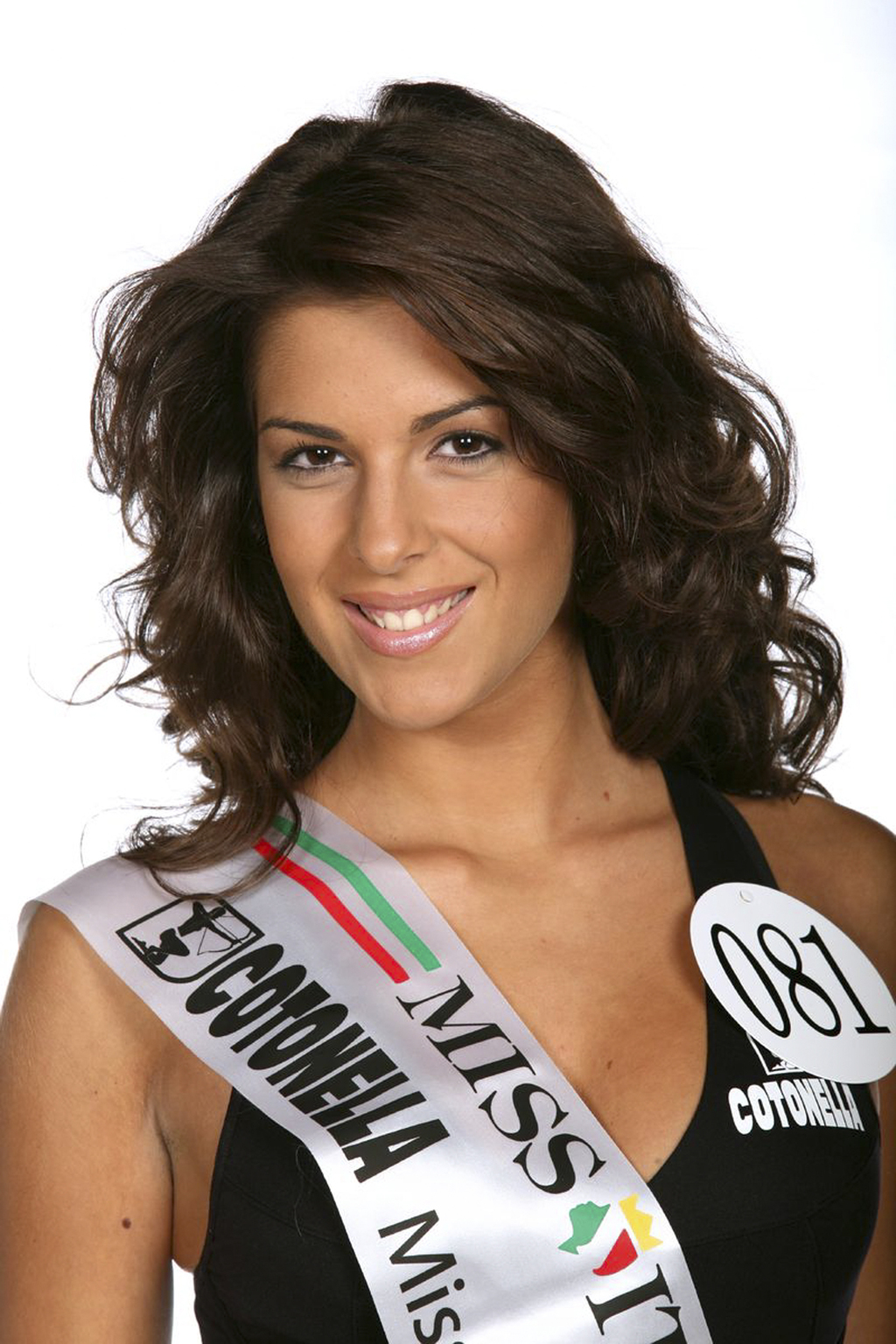 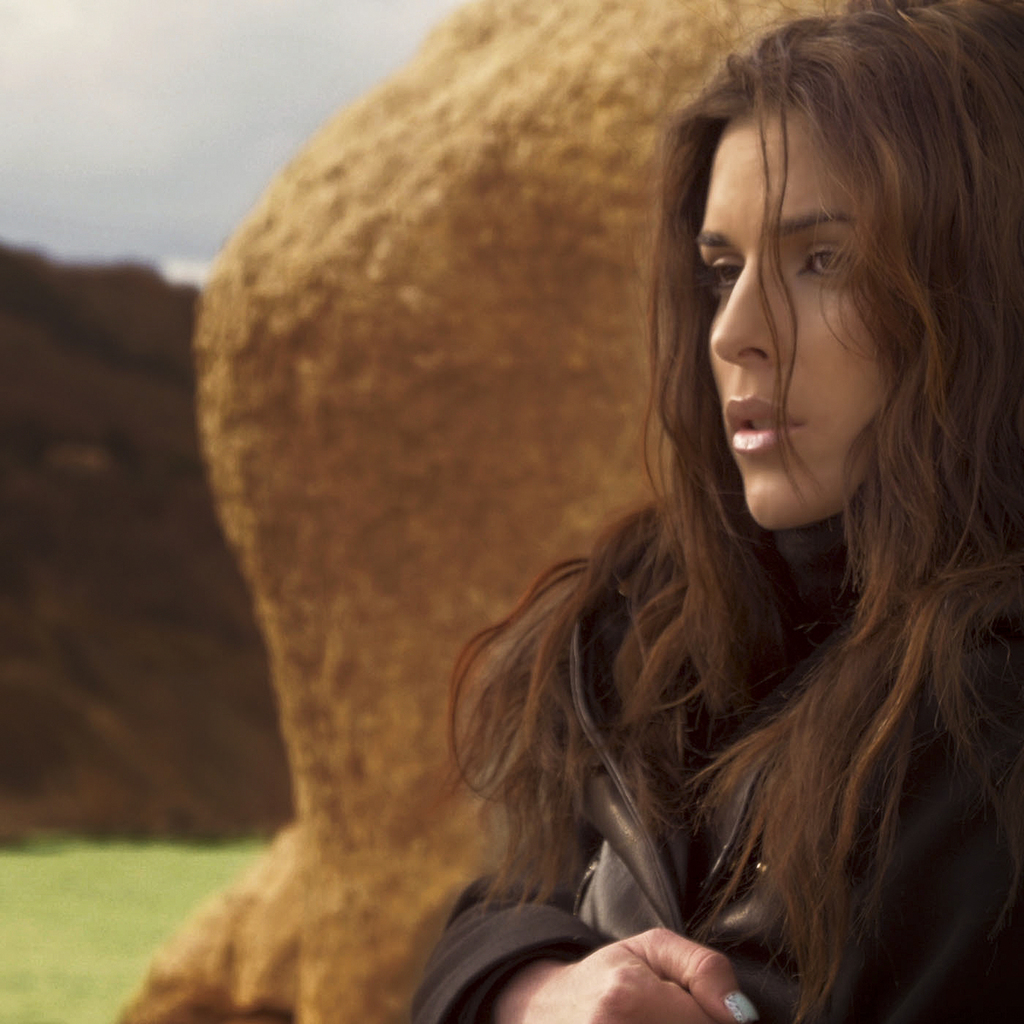 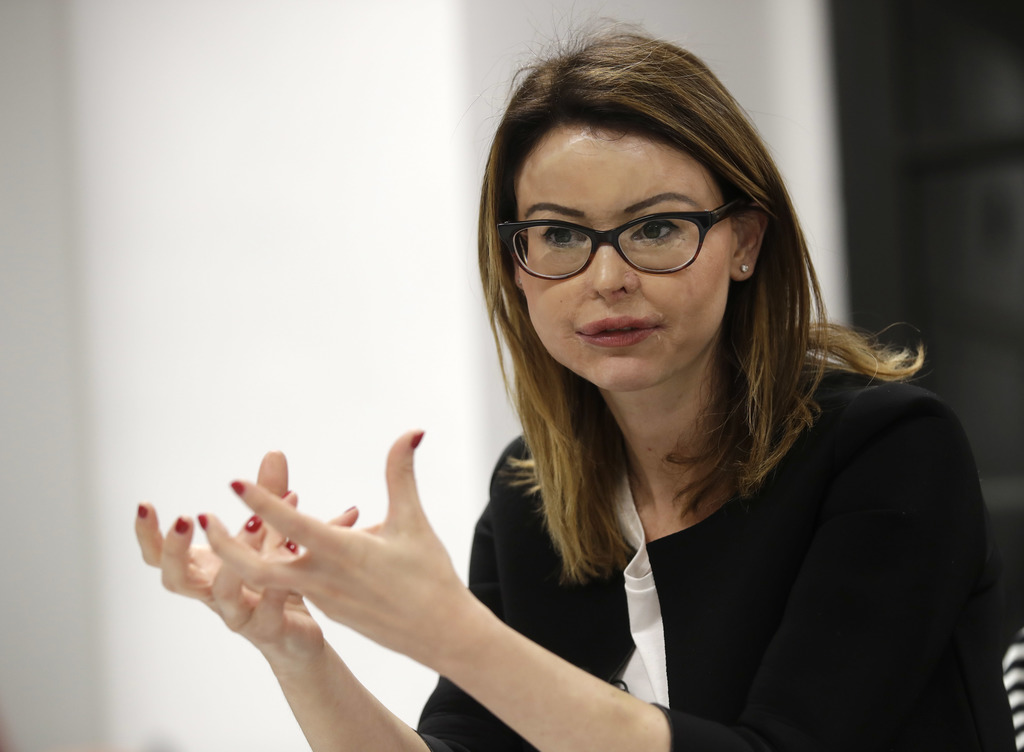 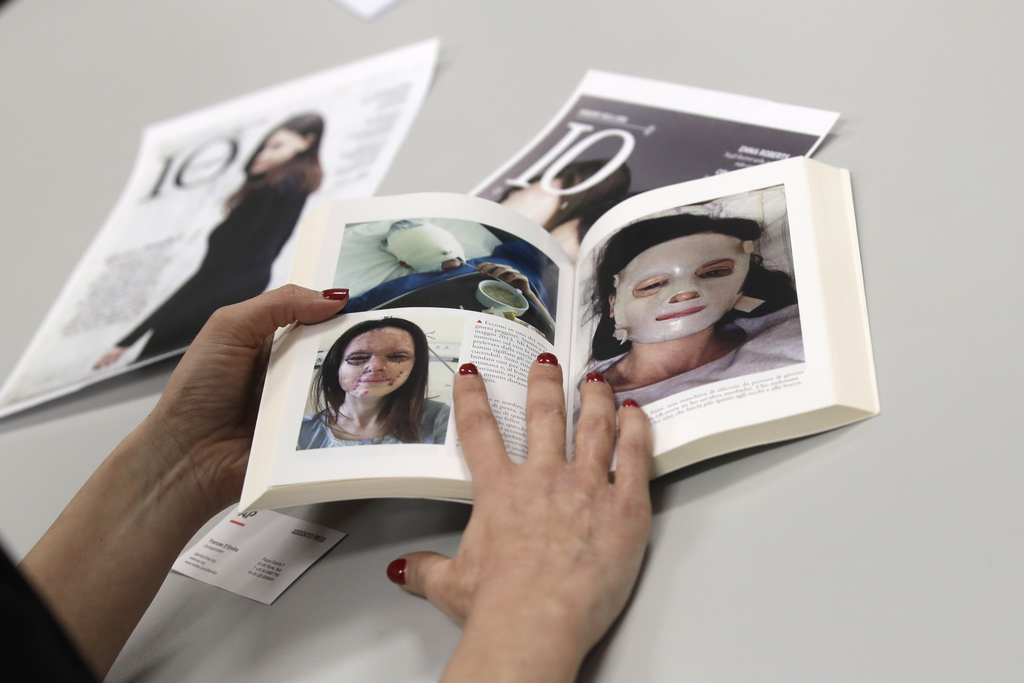 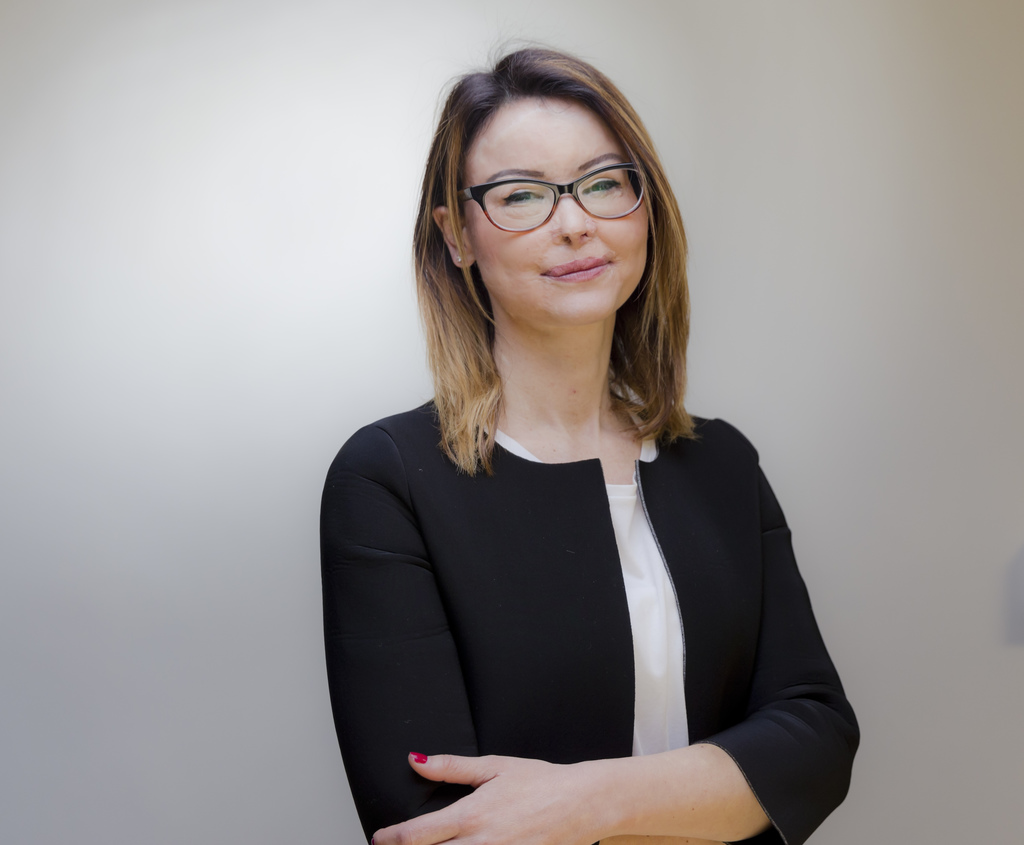 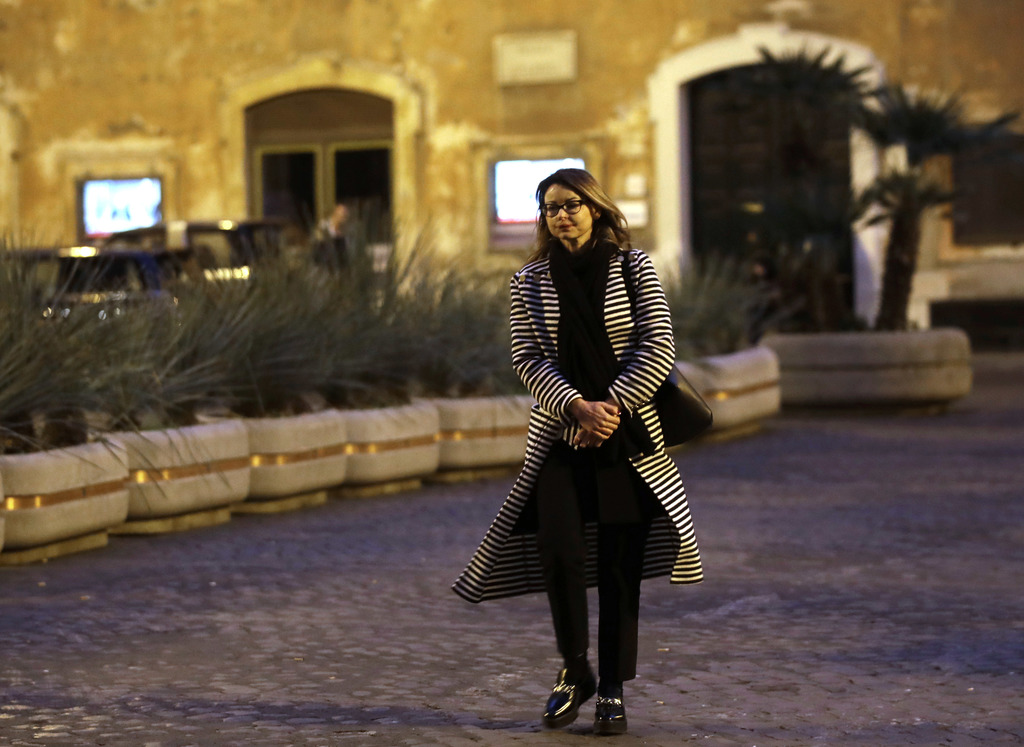 ROME (AP) — Lucia Annibali's face was rebuilt for the price of atrocious pain and 18 surgeries after an acid attack ordered by her ex-boyfriend corroded her eyelids, cheeks and forehead almost to the bone and left her nearly blind.

The man she enraged with a breakup, like her then a lawyer in an Adriatic resort town, is now serving a 20-year sentence for attempted murder. Prosecutors allege that after he failed to kill Annibali by tampering with a gas line in her apartment, he engaged two men to douse her with sulfuric acid when she got home the evening of April 16, 2013.

While she lay in agony in a hospital emergency room, Annibali made a vow to her ex. "I swear to you that I will make it," she told him in an imaginary conversation. "If you wanted to annihilate me, know that you didn't succeed."

Annibali, now 39, kept her promise. She also proudly forged a new role for herself in what is an expanding cadre of courageous muses who are determined to inspire fellow women in Italy to rebel against violence at the hands of controlling men.

A photo of a smiling Annibali, her nostrils deformed and the grafted skin from her groin and thigh pulling at her reconstructed eyelids and cheeks, graces the cover of her memoir "Io Ci Sono," ("I Am Still Here.") The book became the basis of a movie shown on Italian state TV.

Another scarred survivor working to fight gender-based violence in Italy is a one-time beauty pageant winner and former aquatic park star. Gessica Notaro, her face still swathed in bandages and her eyesight put at risk when two months ago the 27-year-old was doused with acid in an attack, similar to the one on Annibali, forms a heart with her fingertips in a photo to well-wishers. Her former boyfriend has been arrested.

Slain women are inspiring the fight, too. Hundreds of women, and some men, marched in Sara Di Pietrantonio's memory last June, a few days after the Roma Tre' university student was strangled and her corpse set afire, allegedly by a former boyfriend who was furious she was seeing another man.

The rebellion marks a stunning turnabout. A generation ago, the Italian penal code prescribed prison sentences as short as three years for men who killed women out of jealousy. Until 1981, the law sanctioned leniency for male defendants who murdered to preserve "family honor."

Recent years have brought about "a Copernican revolution in mentality and approach" to addressing violence against women, lawyer Lorenzo Puglisi said.

Puglisi established a website, SOS Stalking, for those seeking help to protect themselves from jealous or vengeful husbands, boyfriends and acquaintances. Parliament passed anti-stalking legislation in 2009. Since 2010, hundreds of women, many fearing for their lives, have contacted his Milan office for assistance, including obtaining restraining orders.

However, the harsh condemnation Italy received last week from the European Court of Human Rights underscores how deeply attitudes that leave women at the mercy of men still permeate Italian society.

The Strasbourg, France-based tribunal ruled Italy had violated a woman's rights by underestimating the danger posed by her husband, who beat her and attacked her with a knife in separate incidents in 2012. The husband fatally stabbed their teenage son while trying to assault her with a knife again the next year.

The woman, who survived with multiple stab wounds, had gone to stay at a women's shelter for a few months but returned home when the center ran out of space.

Too often, police still "confuse violence with conflict," Titti Carrano, one of the lawyers who presented the woman's complaint to the rights court, said. Despite the end of laws weighted in favor of men, "there is a culture in Italy which still justifies violence" against women, Carrano said.

Italy recorded 108 gender-motivated murders of women, sometimes referred to as "femicide," last year, 111 in 2015 and 117 in 2014, according to state police statistics.

The slight dip mirrors an overall decline in murders in the past few years, national police official Maria Carla Bocchino stressed. Unfortunately, "the incidence of female victims in a family or romantic context has stayed level," hovering at about 65-70 percent of cases in which women are slain, Bocchino said.

Acknowledging the toll on society, the Chamber of Deputies last week approved legislation to help orphans of femicide.

The bill would establish a 2 million-euro fund for school scholarships or job training, and simplify the vital records bureaucracy so children no longer have to carry the surname of the father who killed their mother.

On Valentine's Day, Senate President Pietro Grasso, a former anti-Mafia prosecutor, promoted a public awareness campaign in which empty chairs will be draped with a red cloth in all public buildings to highlight femicide, until these killings are ended.

Sociologist Franca Garreffa of the University of Calabria said that what is happening in Italy "considering all this cultural baggage, is an epochal change." But she ventured that Italian women's growing refusal to tolerate violent men could put them at even greater danger unless they get prompt, adequate protection from the state.

"The men have always been used to being dominant, both in the family and in society," Garreffa said in an interview in Rome, where she was attending a presentation of a report in the Chamber of Deputies on the economic costs to society of violence against women.

A 2014 survey of 25,000 women conducted by Italy's national statistics agency showed that nearly 35 percent feared for their lives at some point because of current or former partners. That compared with the nearly 19 percent that reported feeling that way in 2006, when the last such survey was undertaken.

On Women's Day 2014, less than a year after the attack that forced Annibali to reconstruct her life along with her face, Italy's president kissed her hand and named her a Knight of the Order of Merit of the Republic in recognition of her "courage, determination, dignity."

She moved to Rome last fall to work with the Italian government in its effort to reduce femicide. Her remade face transmits her unflinching message, which is about the mistake of not recognizing a threat that disguises itself as love and about having the resilience to leave violent men.

"These are women so strong and so generous they manage to remain in these situations," Annibali said, noting that strong women are more likely to be victims than meek ones. Instead, "in reality, they must learn to be more selfish toward themselves."