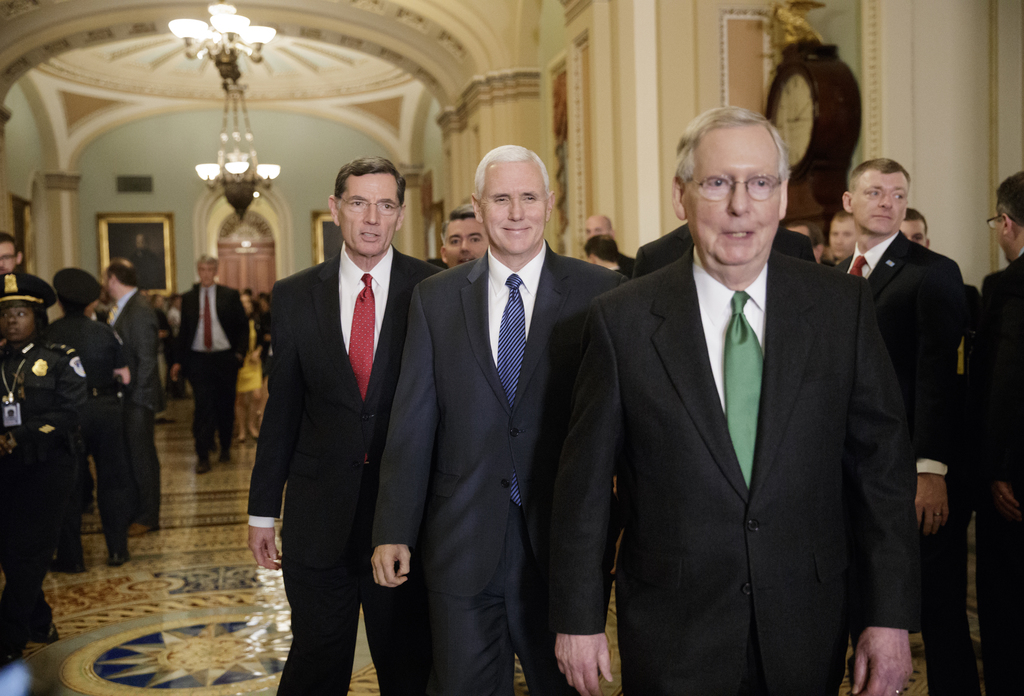 WASHINGTON (AP) — After more than 60 votes and seven years of promises, Republicans offered their long-awaited plan to repeal and replace the Affordable Care Act.

Now, the real work begins. Republicans must navigate a complicated path to turn their 123-page proposal from legislation to law.

Two House committees — Ways and Means and Energy and Commerce — plan to take up the legislation on Wednesday. Republican leaders hope the committees will approve the measure this week, allowing the full House to pass the bill before lawmakers leave for the spring recess in early April.

Normally, legislation requires 60 votes to pass the Senate. But because Republicans hold just 52 seats, they plan to use a budget maneuver known as reconciliation to pass the bill on a simple majority.

Republicans said on Tuesday that they'd not received official estimates on the costs of bill from the Congressional Budget Office.

Senate Majority Leader Mitch McConnell, R-Ky., said on Tuesday he wants to pass the bill before the April recess, sending it to President Donald Trump for his signature. President Barack Obama signed the health care bill 14 months after entering office.

Sens. Rand Paul of Kentucky, Mike Lee of Utah and Ted Cruz of Texas, dubbed an early draft "Obamacare Lite." On Tuesday, influential conservative groups — Heritage Action, FreedomWorks, the Club for Growth, Americans for Prosperity, and Freedom Partners — came out against the proposal.

On Monday, Republican senators from Ohio, West Virginia, Colorado and Alaska signed a letter saying the House bill didn't sufficiently protect "the country's most vulnerable and sickest" in 31 states that accepted federal dollars to expand Medicaid coverage under the law.

Provisions to reverse taxes on the wealthy and deny federal funding for one year to Planned Parenthood, a major provider of women's health services, could also open swing state lawmakers to criticism.

With no Democratic support, Republicans can't lose more than two votes in the Senate and 21 in the House.

That's a margin that makes even some top Republicans admit their party has little wiggle room.

"I am going to be very anxious to hear how we get to 51 votes and how the House gets to 218," Missouri Sen. Roy Blunt, vice chairman of the Senate GOP, told reporters on Tuesday.