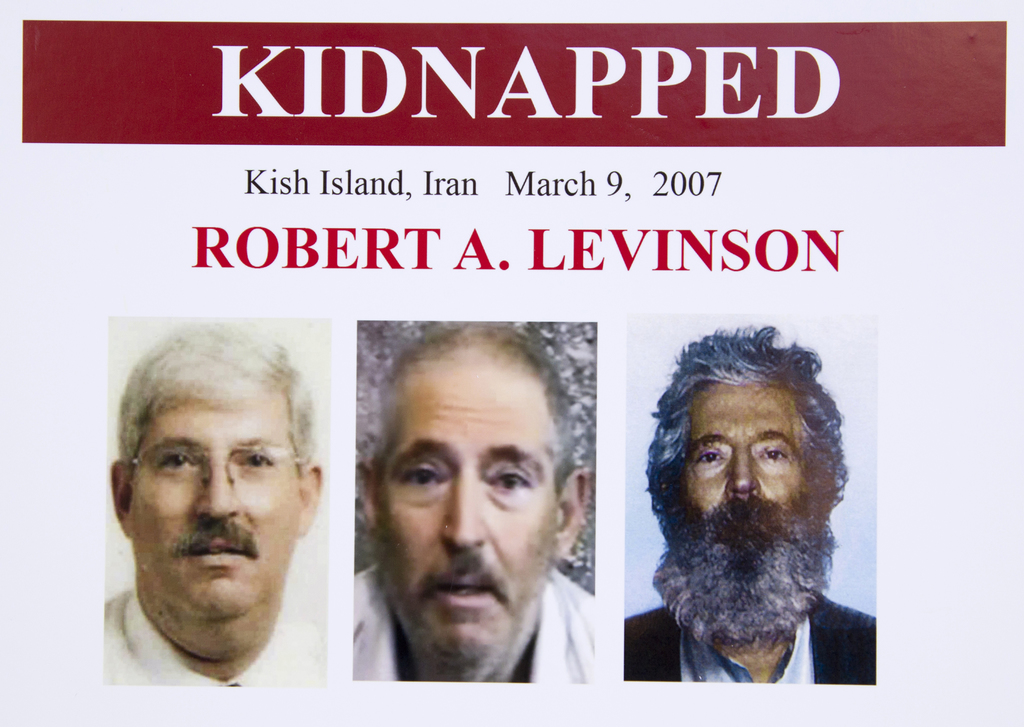 DUBAI, United Arab Emirates (AP) — Some key dates in the disappearance of Robert Levinson, a former FBI agent who vanished while in Iran on an unauthorized CIA mission:

March 9, 2007 — Levinson is detained by suspected Iranian security agents in the lobby of his hotel on Kish Island, Iran, a Persian Gulf resort area and free-trade zone for which no Iranian visa is required.

April 2007 — Levinson's disappearance becomes public knowledge as the U.S. tries to ask Iran for information. Authorities end up describing him as a former FBI agent investigating cigarette smuggling for a private client.

December 2007 — Levinson's family flies to Tehran and Kish Island and speaks to Iranian authorities, who promise to send a report to them on their investigation into his disappearance. No report ever comes.

January 2009 — During a confirmation hearing for Hillary Clinton to become U.S. secretary of state, Florida Sen. Bill Nelson brings up Levinson's case and says: "We think he is being held by the government of Iran in a secret prison."

September 2010 — Then-Iranian President Mahmoud Ahmadinejad disavows any knowledge of Levinson's whereabouts in an interview with The Associated Press. He adds: "Of course if it becomes clear what his goal was, or if he was indeed on a mission, then perhaps specific assistance can be given."

March 2011 — The AP reports that Levinson's family has received proof of him being alive. Clinton releases a statement saying the U.S. had evidence he was being held "somewhere in southwest Asia." Months later, the AP reports that proof includes photographs and a video of Levinson.

March 2012 — The FBI offers $1 million for information leading to the safe recovery and return of Levinson.

December 2013 — The AP reports that Levinson was in Iran on an unapproved CIA mission. The AP also reports that the CIA paid Levinson's family $2.5 million to head off a revealing lawsuit, while three veteran analysts were forced out of the agency and seven others were disciplined.

March 2015 — The FBI raises its reward for information on Levinson to $5 million.

January 2016 — A prisoner swap between Iran and the U.S. amid the nuclear deal fails to include Levinson. A White House spokesman later says U.S. officials believe Levinson may no longer be in Iran.

March 2017 — As Levinson's family marks 10 years since his disappearance, they say they hope President Donald Trump can draw on his background as a dealmaker to bring him home.