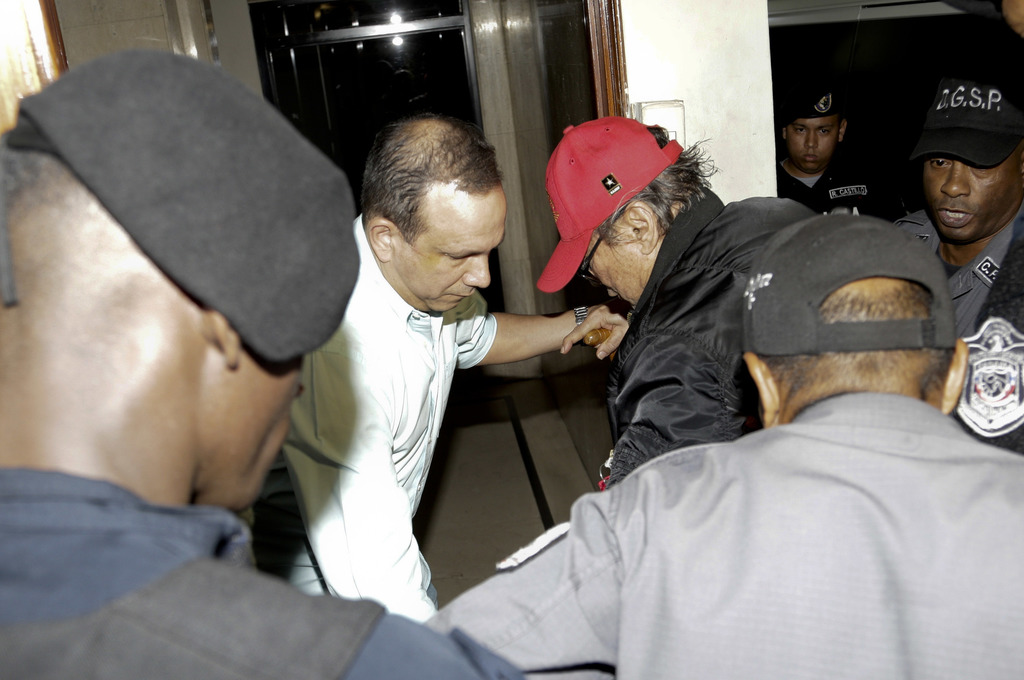 Noriega, 83, underwent the first procedure Tuesday morning to remove a benign tumor from his brain. But after that surgery, doctors discovered a hemorrhage that forced them to go back in that afternoon, his daughters and lawyer said.

Angel said doctors had succeeded in stopping the bleeding during the second procedure and Noriega was returned to intensive care.

"He is sedated," the lawyer said. "His condition is critical after undergoing a (second) open brain surgery in less than eight hours."

Officials at the hospital did not comment or return calls.

Earlier Tuesday, Noriega's daughters, Thays and Sandra Noriega, said their father was returned to the operating room after doctors detected bleeding following the first operation to remove the tumor.

The tumor was detected in the months after Noriega returned to Panama in December 2011 and was imprisoned for corruption and the killings of political opponents during his reign in the 1980s.

Doctors have said it grew unexpectedly recently and threatened the life of the former dictator, who has also suffered from vascular ailments and uses a wheelchair.

Noriega was transferred from prison to house arrest Jan. 29 to prepare for the procedure, which was originally scheduled for mid-February.

The former general ruled Panama with an iron fist in 1983-89. He was ousted by a U.S. invasion in 1989 and jailed for years in the United States on drug charges.

He was then imprisoned in France for money laundering, before being returned in 2011 to Panama, where he had already been convicted in absentia.