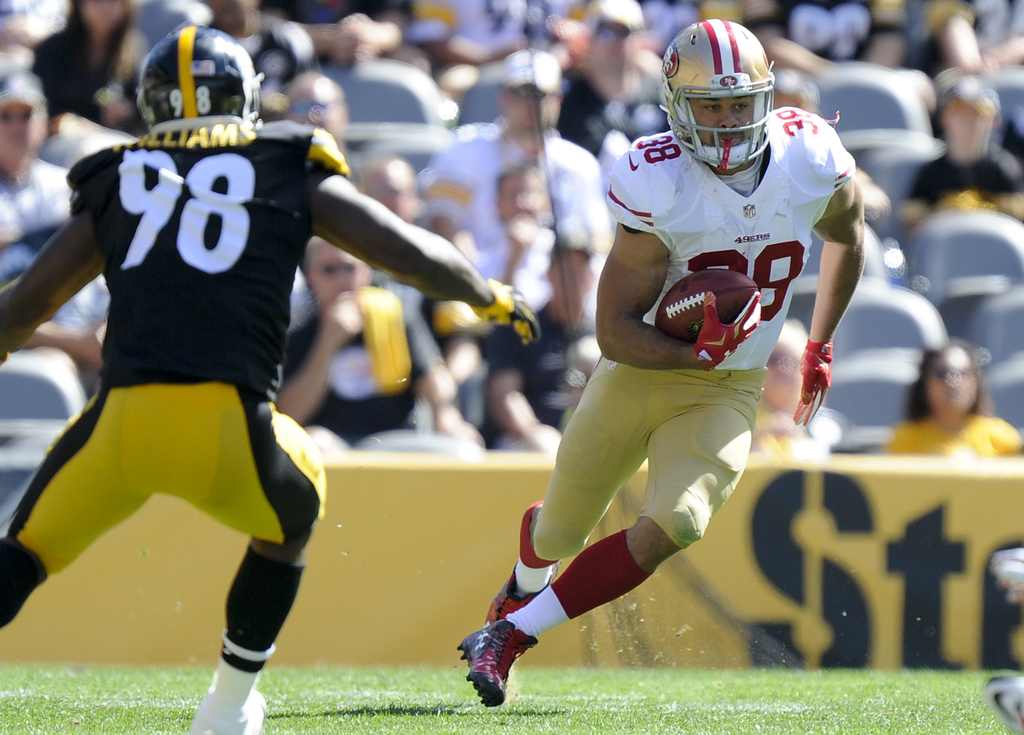 The Hayne Plane, not quite a year after flying out of San Francisco, has hit some turbulence Down Under.

In recent weeks, former 49er Jarryd Hayne has faced allegations that he's got a bad attitude, is overweight and missed a training session for his current rugby league club in Australia.

Hayne was an undrafted free agent when he surprisingly made the 49ers' 53-man roster as a running back and kick returner in 2015, but decided to retire from the NFL in May of last year.

He didn't say it at the time, but Australian media reported that he didn't want to learn a revised playbook under new coach Chip Kelly — who had replaced Jim Tomsula, and has since been replaced by Kyle Shanahan.

Hayne said he wanted to attempt to make the Fiji rugby sevens squad for the Olympics in Rio de Janeiro. But that experiment lasted only a short time when he realized he wasn't good enough to make the squad that eventually won the gold medal in Brazil.

So back to the National Rugby League he went, signing a contract with the Gold Coast Titans. That upset some supporters of the Parramatta Eels, the club where he'd spent his entire career and to whom he'd promised in 2014 to return as part of a "lifetime agreement" if his NFL experiment didn't work out. But his return NRL match last August sold out the stadium, and television even had a "Hayne Cam" to watch his every move on the field, where he assisted on one Titans' try in a losing cause and was involved in several other runs.

This season, which began last weekend, has already been somewhat of an ordeal.

Australian media on Wednesday reported that Hayne has been removed from the Titans' "leadership group" over attitude problems, and that the star fullback argued with teammates about a number of issues, including him being overweight. One newspaper said his weight had increased to 106 kilograms, or 238 pounds.

Attempting to clarify the situation, Hayne told News Corp. newspapers that he had permission from one of the team's captains to skip a session and fly to Sydney for treatment on an injury but was fined when Henry found out.

In January, Henry said Hayne had turned up to the start of pre-season training overweight, citing the excess bulk acquired from NFL conditioning.

"He's come back a bit heavy and we're working on that," Henry told Sky Sports.

He also hasn't helped his cause with the company he keeps. Last September, he was investigated by the NRL's integrity commission after being filmed with a known gang member — no action was taken — and he also upset the Titans' management recently by saying he might want to play rugby union in France when his two-year contract expires.

It's been a whirlwind 18 months for Hayne, who against the odds made the initial roster out of training camp as a rookie running back in 2015 with the 49ers.

He made his preseason debut against the Houston Texans, completing a 53-yard run with his second touch of the ball and finished the game with five carries for 63 yards, two punt returns for 24 yards and one kick return for 33. During the regular season — after fumbling his first kick return in what was a real downer for his fans in Australia where the game was broadcast live — he played eight games with one start, had 17 carries for 52 yards and six catches for 27 yards while also returning eight punts for 76 yards.

He would likely have been given a chance to play for the 49ers in 2016, but decided to leave. And that was perhaps his best decision — the 49ers lost all but two of their 16 games last year.

Hayne has not been willing to comment officially on the recent issues, but has taken some solace on the support he's received on social media.