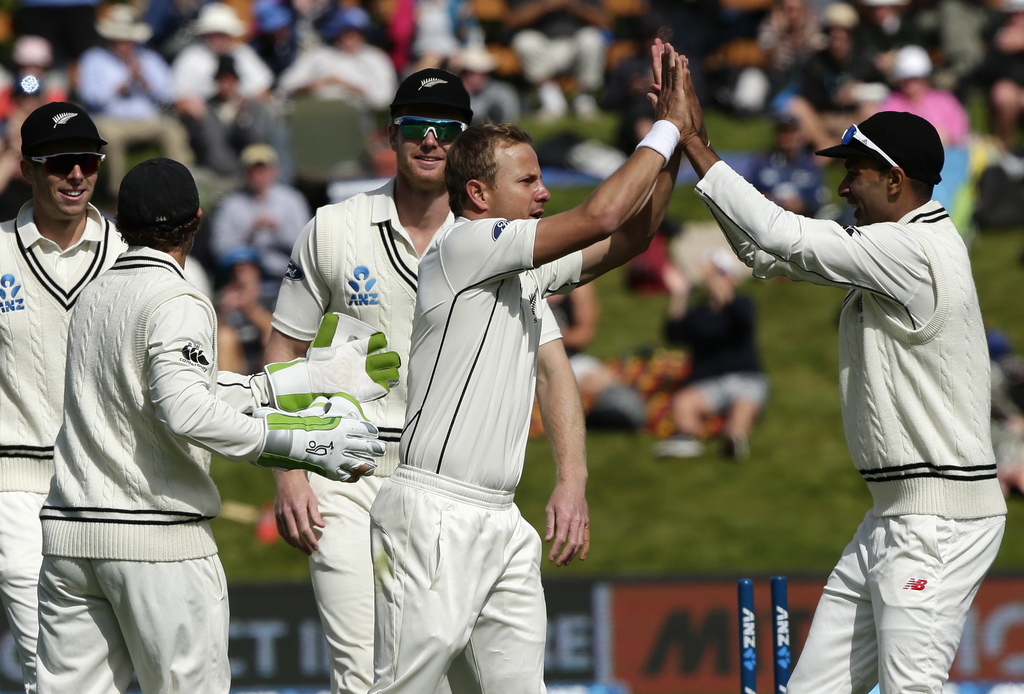 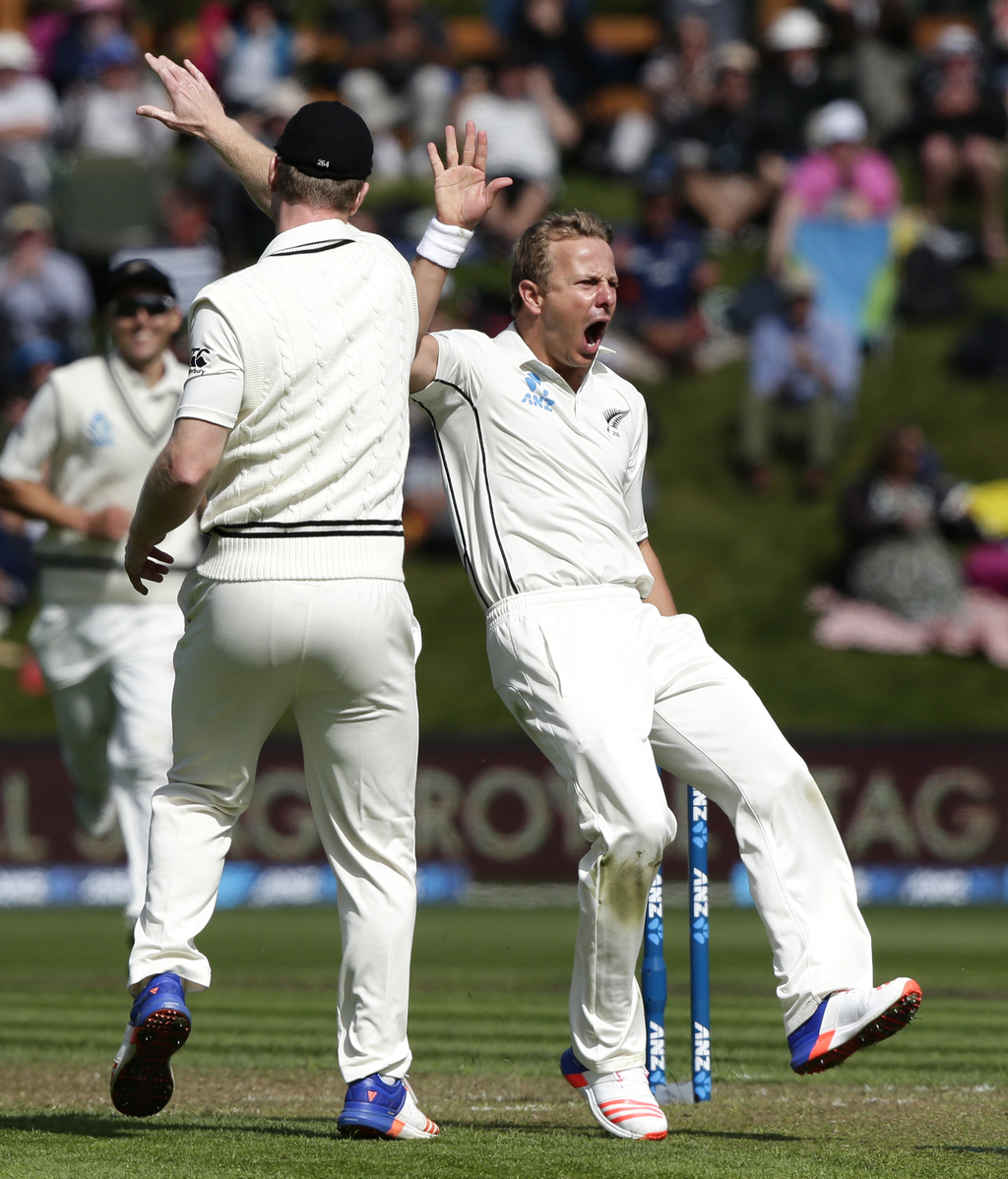 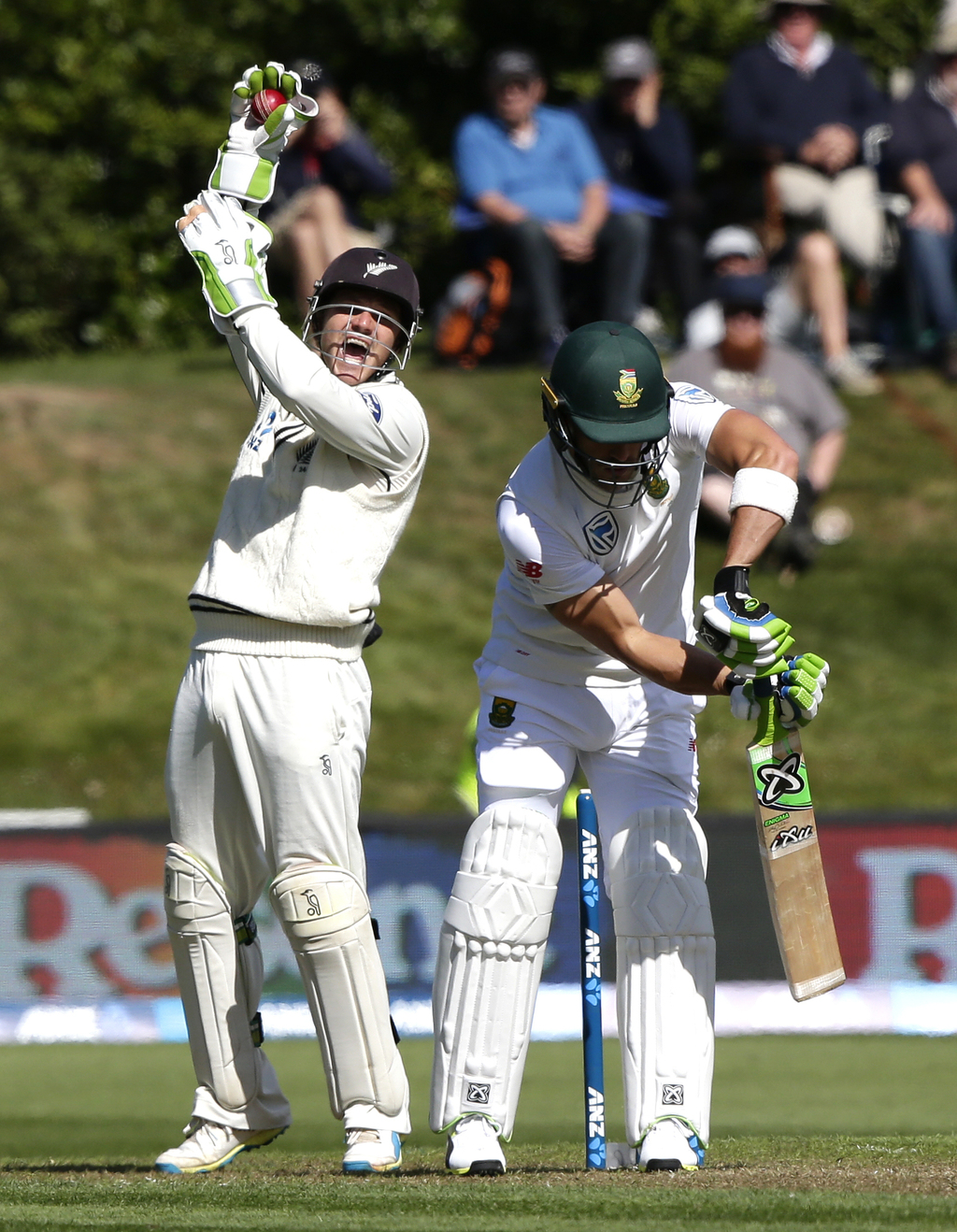 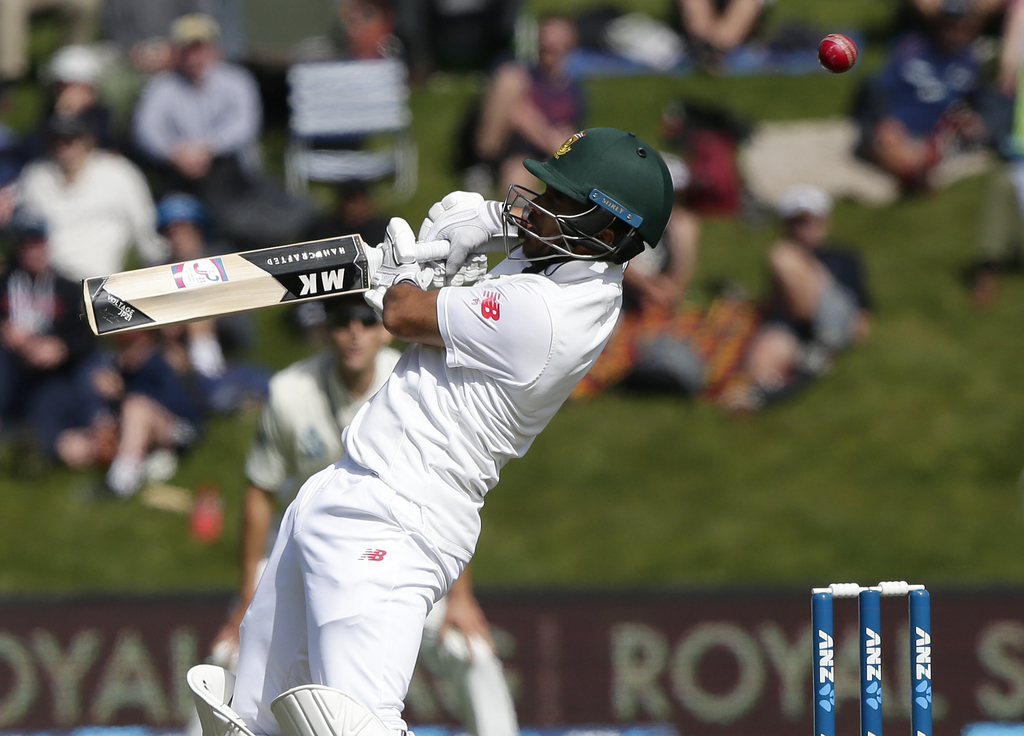 Opener Dean Elgar negotiated a first session in which scoring was difficult to reach 36 not out at lunch, and captan Faf du Plessis, finding himself unexpectedly at the crease in the first session, was 18.

Elgar had batted all 123 minutes of the first session, facing 98 balls. He hit seven of the 10 boundaries in the South African innings by the break.

Du Plessis hit two consecutive fours off Jeetan Patel to help South Africa accelerate its scoring a little and reach 50 from 25.4 overs after it had been 16-1 from 16 overs at drinks.

The successes achieved by Wagner and Boult owed a great deal to the pressure imposed by Patel, who entered the attack in only the sixth over. The 36-year-old off-spinner maintained a nagging line and length, drifted the ball into the right handers and had conceded only 27 from his 12 overs by lunch.

Left-armer Boult was also outstanding, bowling without his long-standing new ball partner Southee. He found just enough in-swing to the right-handers and away swing from the left-handers to be extremely testing. His effectiveness was demonstrated in the dismissal of Cook, who left a ball which swung back late and trapped him lbw.

Wagner then removed Amla and Duminy in the space of four balls in the 19th over. Amla was bowled by a full, swinging delivery after he had labored for 28 balls for his solitary run.

Duminy was undone by an outstanding bouncer which took his glove as he tried vainly to sway out of the way, popping off his helmet to Ross Taylor at first slip.

South Africa was then 22-3 and in the sort of trouble du Plessis had not foreseen when he won the toss and elected to bat.

There was plenty of grass on the pitch and, at first glance, it seemed likely to offer some assistance to fast bowlers, though history has show it can often be slow despite appearances.

Du Plessis' judgement of the pitch was complicated when he saw New Zealand had included two spinners in its lineup.

Southee was left out despite good form in its recent test series against Bangladesh and Pakistan. But Southee can be less effective when the ball doesn't swing and his omission suggested New Zealand did not expect swing to be a major factor on Wednesday.