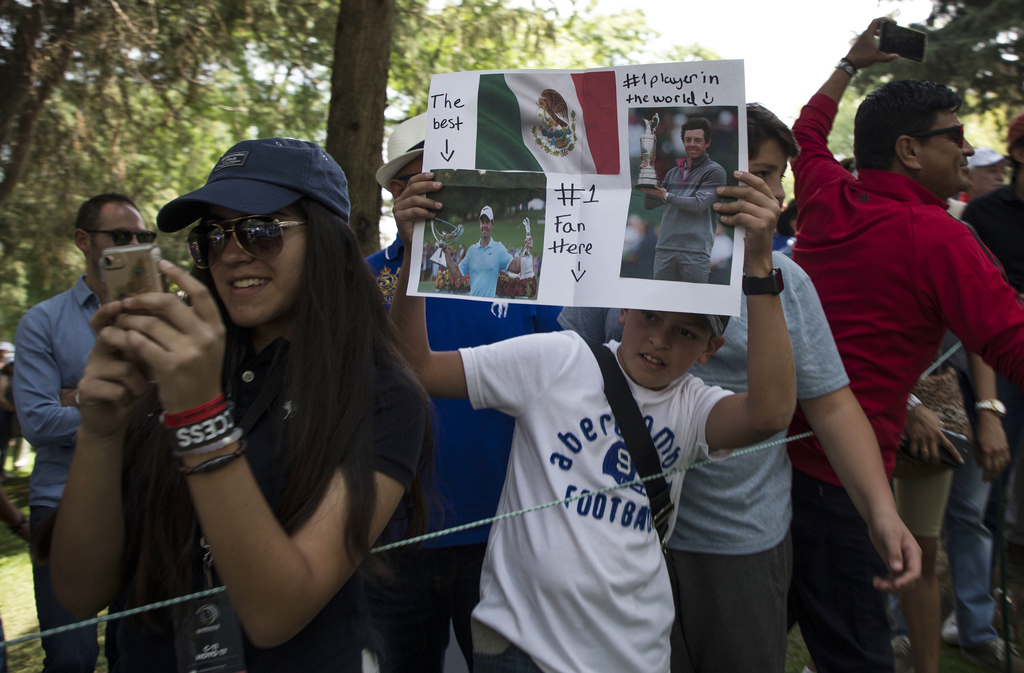 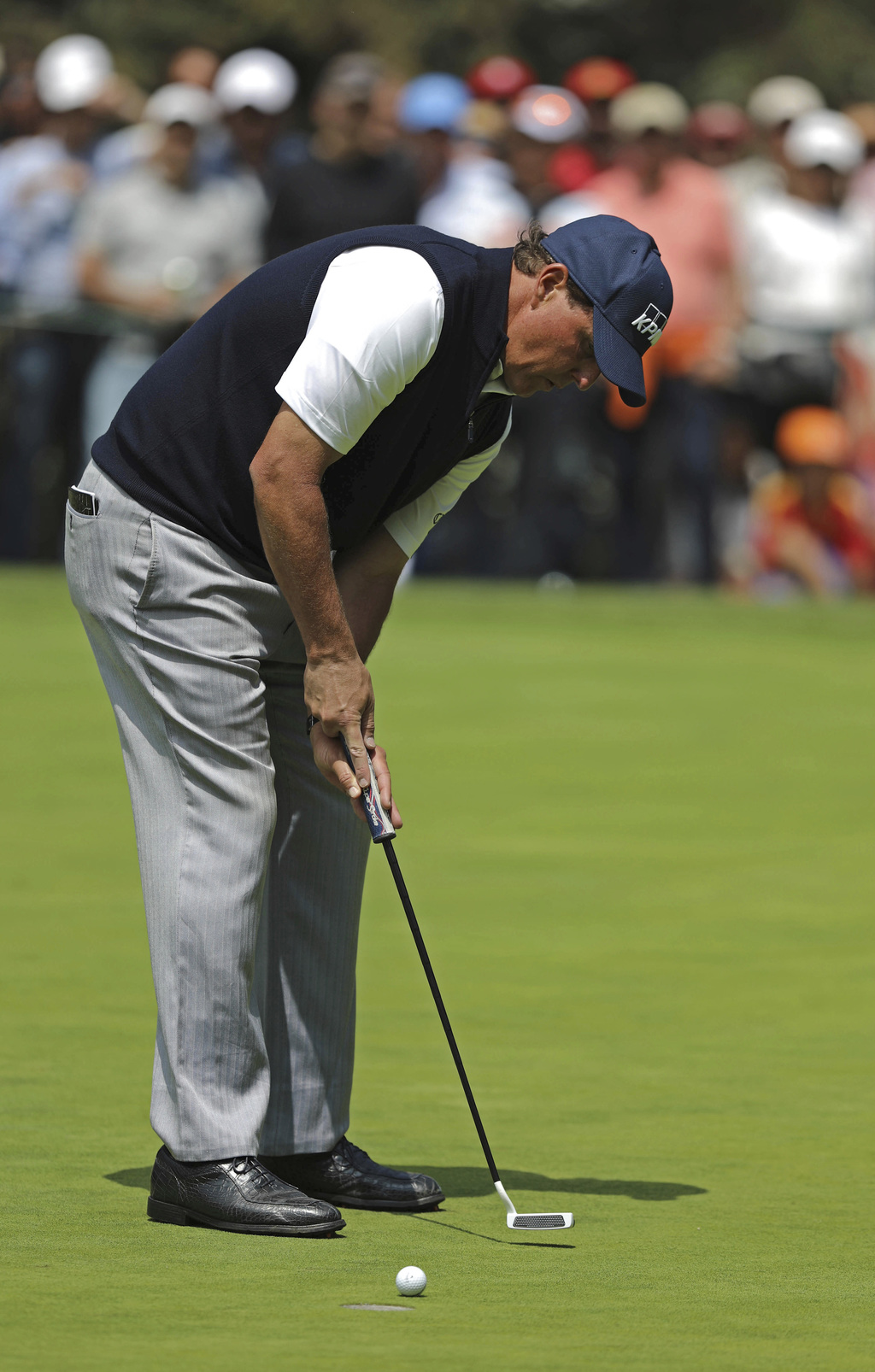 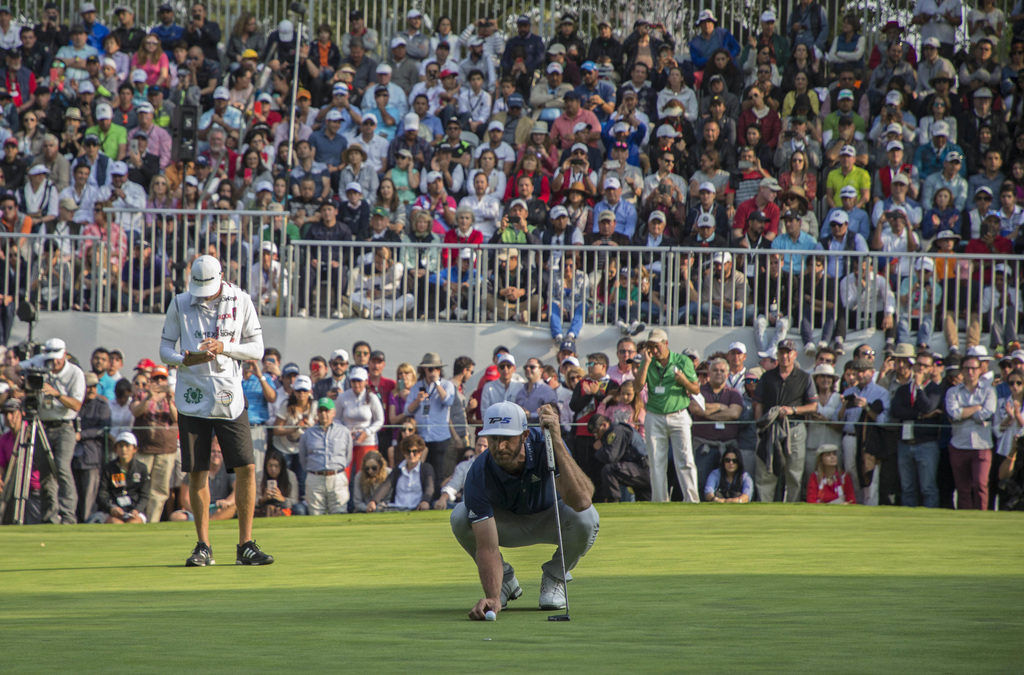 MEXICO CITY (AP) — Some of the loudest cheers from the Mexico Championship came before it even started.

The shrieks began when British Open champion Henrik Stenson finished his practice round on the 18th green and hundreds of fans, most of them children, called out his name in a way he most likely never had heard it pronounced. Next up was Jordan Spieth and Phil Mickelson, followed by Rory McIlroy, who all stopped to sign autographs for them.

Seeing them on television doesn't make them real.

Seeing them in person does.

Moments like this is why the week at Chapultepec Golf Club was such a success, and it sure didn't hurt that Dustin Johnson was at his world-class best by overcoming a frustrating week on the greens to win his fourth World Golf Championships title.

The World Golf Championships were launched in 1999 to not only bring together the best players from six tours around the world, but to showcase these players to different parts of the world. They had gotten away from that.

In a roundabout way, that might have been one of Donald Trump's most underrated contributions to golf. Because he brought so much attention to himself at Trump Doral — this was the case even before he successfully ran for president — the PGA Tour had trouble finding a corporate sponsor that wanted to pay some $15 million a year and share the stage with the owner of the golf course.

Grupo Salinas and Mexico stepped in with plans that go beyond staging a golf tournament.

"We needed to get these heroes in Mexico, and get the kids to feel it and live it," said Benjamin Salinas, chief executive of TV Azteca and the son of Grupo Salinas founder Ricardo Salinas. "Kids are our main objective here. If the kids start really liking these guys and wanting to emulate them ... this is why we had a Mexican player (Roberto Diaz), so these guys can look at him and said, 'I can be that guy.'

"Signing caps and balls, they're going to treasure it forever," he said. "This is not a thing you're going to see on eBay."

The last time this WGC had been played outside the United State was in 2006 at The Grove in the London suburbs. One afternoon, a young British lad pressed up against the ropes by the putting green. Stewart Cink came over to sign his program, and the boy looked up at him with wide eyes. Cink was three years away from winning the British Open, but he had played on three Ryder Cup teams. And he was close enough for the boy to touch him.

Location really is everything.

"What happened here this week was huge," Diaz said. "It's an opportunity for the kids to learn and see the way these guys play."

The Mexico Championship — for now, the only WGC without the sponsor's name in the tournament — is under contract for six more years. Its position on the schedule broke up the Florida swing, and that will be the case next year before it likely will fall between the West Coast and Florida.

It is off to a great start, especially with a leaderboard that featured Justin Thomas, Johnson, Mickelson and McIlroy going into Sunday.

The work is just starting outside the gates of Chapultepec.

Mexico has only 200 golf courses, none of them public. Salinas has a big goal of having at least one public course in each state, more in the fourth most populated city in the world. He made it clear that it would take cooperation from the government (land), private business (funding) and the PGA Tour (instruction).

"All three parts have to work together," he said. "If one of those is missing, it will not work."

Among those at the tournament Sunday was Lorena Ochoa, Mexico's greatest player, who will be inducted into the World Golf Hall of Fame later this year.

"Any time you have the best players in any sport in your country, you should be proud and take advantage of the opportunity," Ochoa said. "For the little boys and girls, they are not afraid of dreaming. A tournament like this, you can change lives."

The move from Trump Doral to Mexico was an afterthought once the tournament started, though there was curious anticipation at a news conference of mostly Mexican media when PGA Tour Commissioner Jay Monahan was asked for his opinion on the "situation" between Mexico and the United States.

"We're not here in Mexico for political reasons," Monahan said. "So I don't think it's particularly pertinent or relevant for me to make any comments other than we are extraordinarily proud to be here, have been proud since the moment we announced it, proud to have a long-term commitment and proud to have a showcase here with the world's best players that's going to reach a billion people and tell the story of the relationship between this great game and this great country."

The room erupted in applause.