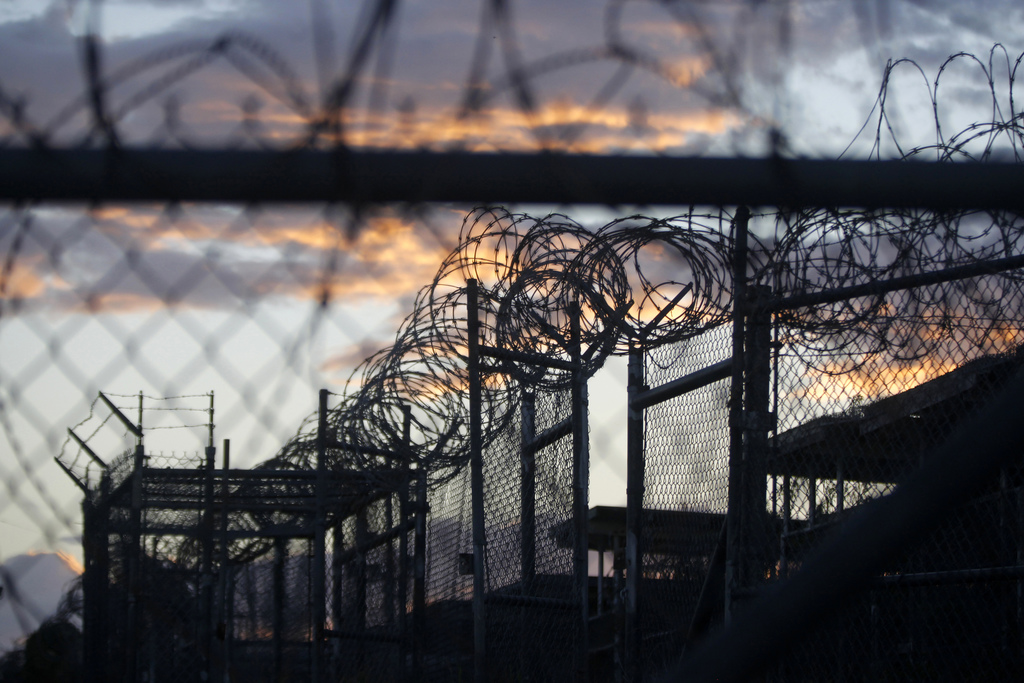 WASHINGTON (AP) — President Donald Trump appeared on Tuesday to reinforce his campaign support for the continued use of the Guantanamo Bay detention center, using an early morning tweet to discuss the facility, which his predecessor had vowed to close.

The tweet decrying the release of Guantanamo detainees who returned to the battlefield was the first time Trump mentioned the detention center since he took office. And it came with little insight into any new administration policy on how the center will be used.

On Tuesday Trump tweeted: "122 vicious prisoners, released by the Obama Administration from Gitmo, have returned to the battlefield. Just another terrible decision!"

While the tweet pins the blame on the wrong president — the bulk of detainees who returned to the fight were released under then-President George W. Bush — it also suggests that Trump hasn't given up on the idea that Guantanamo should remain an active facility.

There has been no recent discussion of the draft executive order that surfaced shortly after Trump took office. The draft, which was obtained by The Associated Press, endorsed the continued use of Guantanamo to hold enemy combatants including those from al-Qaida, the Taliban and the Islamic State group.

It's been a consistent message from Trump.

During the campaign Trump said he not only wanted to keep the detention center open, but "load it up with some bad dudes." He returned to that thought in an early January tweet, calling for an end to detainee releases, insisting that dangerous people should not be allowed back on the battlefield.

Asked on Tuesday about the status of the executive order, the White House declined to comment or say if one is in the works. When the draft leaked out in January, the White House said it was not official.

Commanders at Guantanamo have made clear that if needed they have the space and ability to take on more detainees. At its height in 2003 the facility held about 680 prisoners.

"I'm confident that I will get a little more notice than 'there is a plane in the air that's going to land in four hours' or whatever the case may be. The few days, if that's all I have, will be adequate for me to receive a small number of detainees," Rear Admiral Peter J. Clarke, the commander at the detention center, told reporters.

There is immediate room available for 150 prisoners in Camp 6, as well as about 80 cells in the adjacent Camp 5, where the military is building a new detainee medical clinic. There is also unused space encircled by razor wire and empty guard towers in nearby Camp Delta.

The U.S., however, has not been capturing a large number of prisoners as it did in the early days of the wars in Afghanistan and Iraq, so it's not clear where the Trump administration would find many new people to put in Guantanamo.

Former President Barack Obama had promised to shut down the facility and had pressed the Defense Department to get more of the detainees transferred out to other nations. There were 201 transfers during his eight years in office, and the 41 detainees who now remain include 10 who are facing criminal charges and five who are currently eligible for transfer.

The Obama White House and human rights groups argued that Guantanamo was a waste of money and a "recruiting tool" for terrorists.

Obama called for a plan to close the facility and transfer the remaining detainees to a prison in the United States. The plan, which considered more than a dozen locations in the U.S. and laid out potential construction costs of up to $475 million, hit a wall of opposition from Congress, which passed a law prohibiting the transfer of Guantanamo detainees to America.