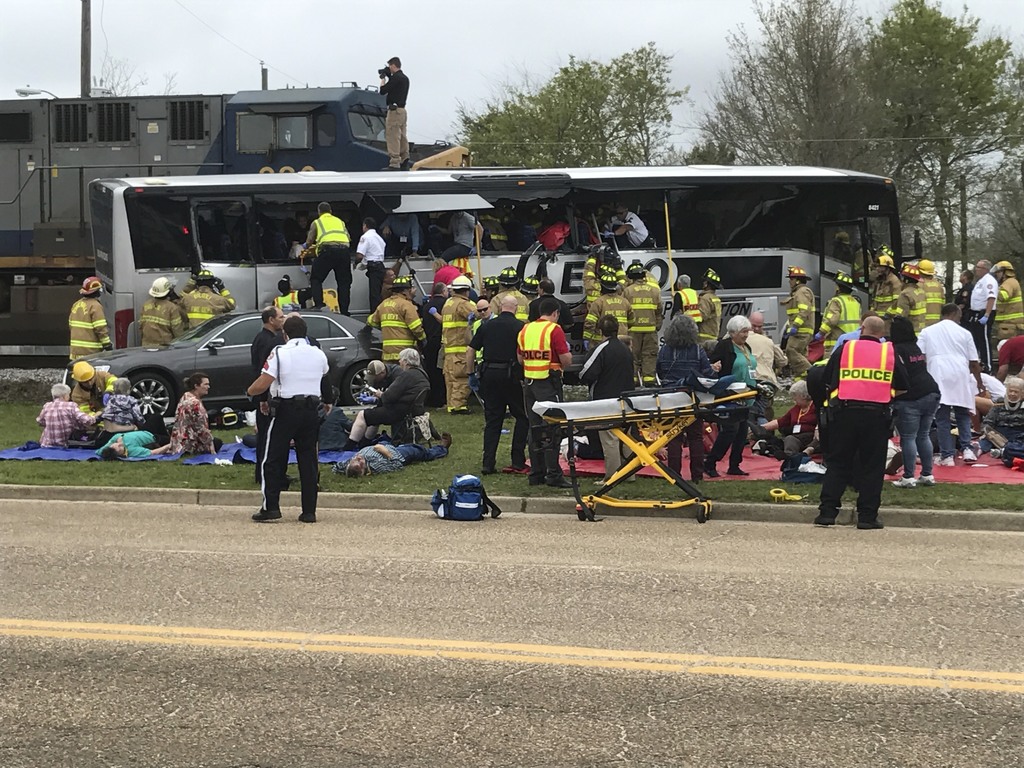 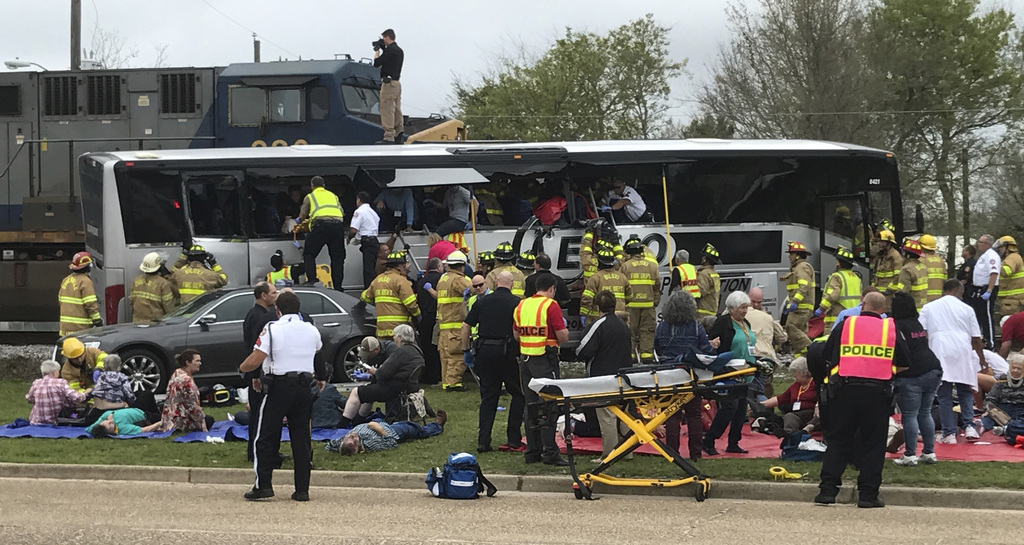 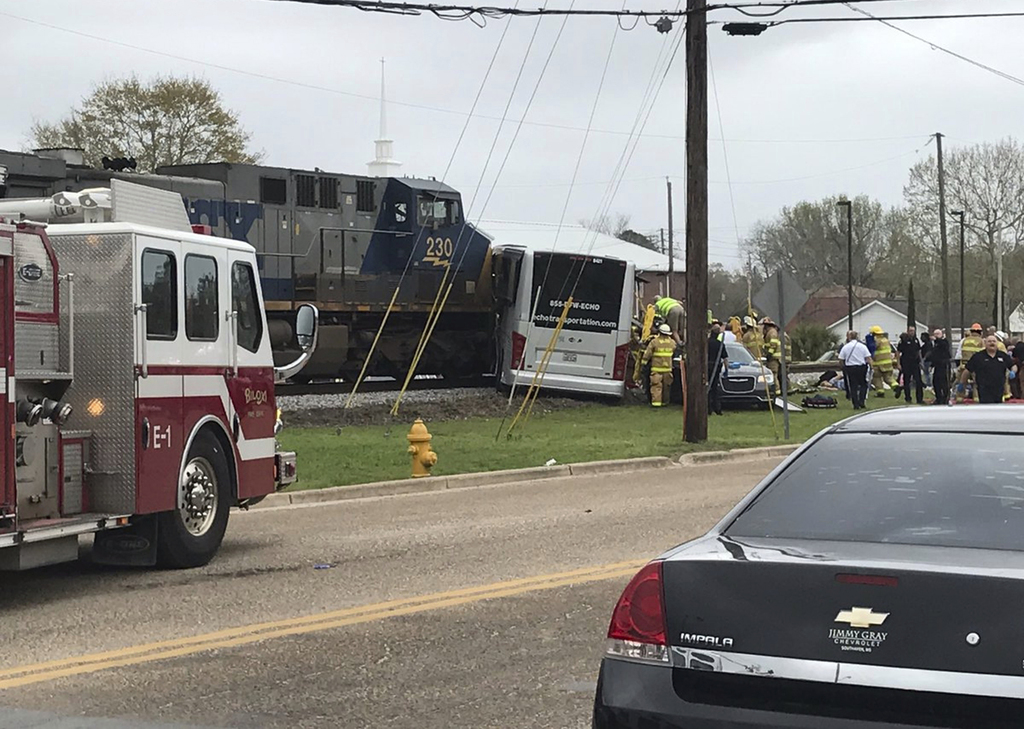 BILOXI, Miss. (AP) — The Latest on a train-bus collision in Biloxi, Mississippi (all times local):

A spokesman for CSX Transportation says the freight train that hit a tour bus in Biloxi, Mississippi, was headed from New Orleans to Mobile, Alabama, at the time of the deadly crash. Gary Sease says the train had three locomotives and 52 cars. He says the train crew was not injured.

The bus belongs to Echo Transportation, a Grand Prairie, Texas-based company. A lawyer for the company said officials were mobilizing to respond, but he declined to comment further. Biloxi Police Chief John Miller has said that three people were killed after the train hit the charter bus Tuesday before 2:15 p.m. in the Mississippi Gulf Coast city.

He says the bus was carrying passengers from Austin, Texas, and appears to have been stopped on the tracks at the time of the crash. He says the bus had up to 50 people and that a majority of the other passengers were also injured.

A train has collided with a charter bus in Biloxi, Mississippi, causing an unknown number of deaths and injuries.

Creel says a CSX train headed eastbound hit the bus at a crossing in downtown Biloxi just before 2:15 p.m., pushing the bus about 300 feet down the tracks.

He says a nearby hospital is setting up a triage unit at the site to treat the injured.

Creel says as many as 50 people were on the bus. He said there are deaths and injuries, but he could not immediately quantify them.

Charter buses often carry patrons to casinos in Biloxi, but Creel says he doesn't know where this bus was headed.