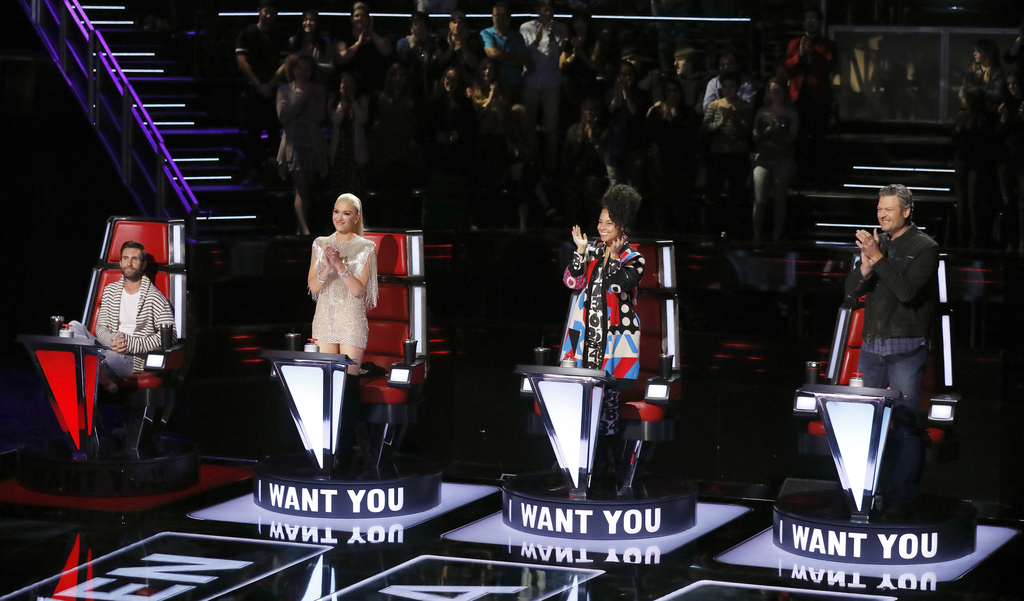 NEW YORK (AP) — Singing, dancing and Chicago was the formula NBC used for a weekly victory in the ratings.

"The Voice" returned from a hiatus and earned three of the top four slots in the Nielsen company's list of the most-watched programs last week. The exception was "Little Big Shots," the debut of another variety show, this one featuring talented youngsters with Steve Harvey as host.

NBC, rebooting for the midseason, also landed in the top 20 with all four of producer Dick Wolf's Chicago-based dramas that aired last week, including the latest, "Chicago Justice."

NBC averaged 7.3 million viewers in prime-time for the week. CBS was second with 6.1 million, ABC had 3.2 million, Fox had 2.4 million, Univision had 2 million, Telemundo had 1.4 million, the CW had 1.39 million and ION Television had 1.3 million.

Fox News Channel was the most popular cable network, benefiting from its coverage of President Trump's address to Congress. It averaged 3.38 million viewers in prime-time. ESPN had 1.75 million, HGTV had 1.63 million, USA had 1.56 million and MSNBC had 1.53 million.

ABC's "World News Tonight" topped the evening newscasts with an average of 8.5 million viewers. NBC's "Nightly News" was second with 8.3 million and the "CBS Evening News" had 6.7 million viewers.

ABC is owned by The Walt Disney Co. CBS is owned by CBS Corp. CW is a joint venture of Warner Bros. Entertainment and CBS Corp. Fox is owned by 21st Century Fox. NBC and Telemundo are owned by Comcast Corp. ION Television is owned by ION Media Networks.