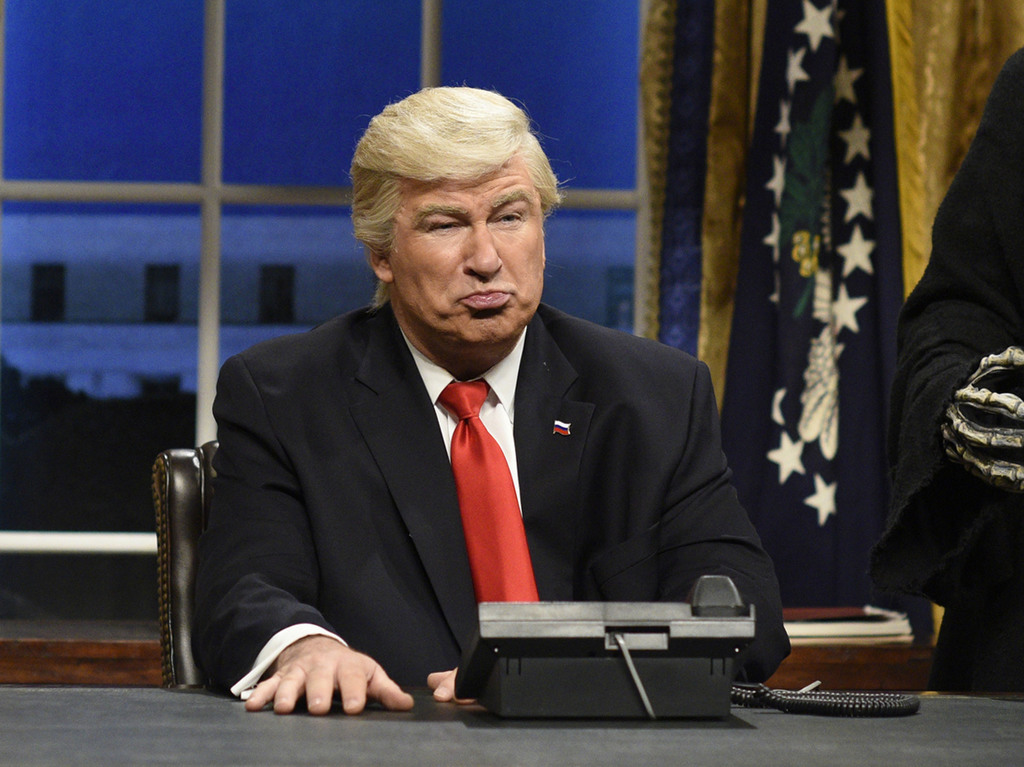 Trump announced on Twitter last month that he wouldn't be attending the fundraiser for college scholarships and venue for reporting awards, and a host hasn't yet been named. That's led to speculation that Baldwin could host the April 29 event in character — but the 58-year-old actor doesn't see it happening.

"I think the White House Correspondents' people will probably not ask me to do Trump if I had to bet," he told The Associated Press on Monday. "I wouldn't be surprised if they determined that me doing that there is not in their interests. Maybe him not coming — if he doesn't come — the idea is let's send him up, but let's not send him up in effigy and have some impostor come."

WHCA President Jeff Mason said Tuesday that the organization had no comment on the Baldwin's remarks and no update on who might host the dinner.

Baldwin, who was promoting his role voicing the titular character in the animated "The Boss Baby," also said he was concerned about the impact of his much-discussed impression.

"Doing the Trump character — it's not that it's not fun, but ... behind it and underneath there's a constant sense of — are we sending this up and are we making something funny to the detriment of a serious conversation about what's going on in the country?" he said.

Separately, Baldwin told "Extra" that he said he may stop doing the impression on "SNL" as well. "I'm not going to do it much longer, the impersonation, I don't know how much more people can take it," Baldwin told the show.