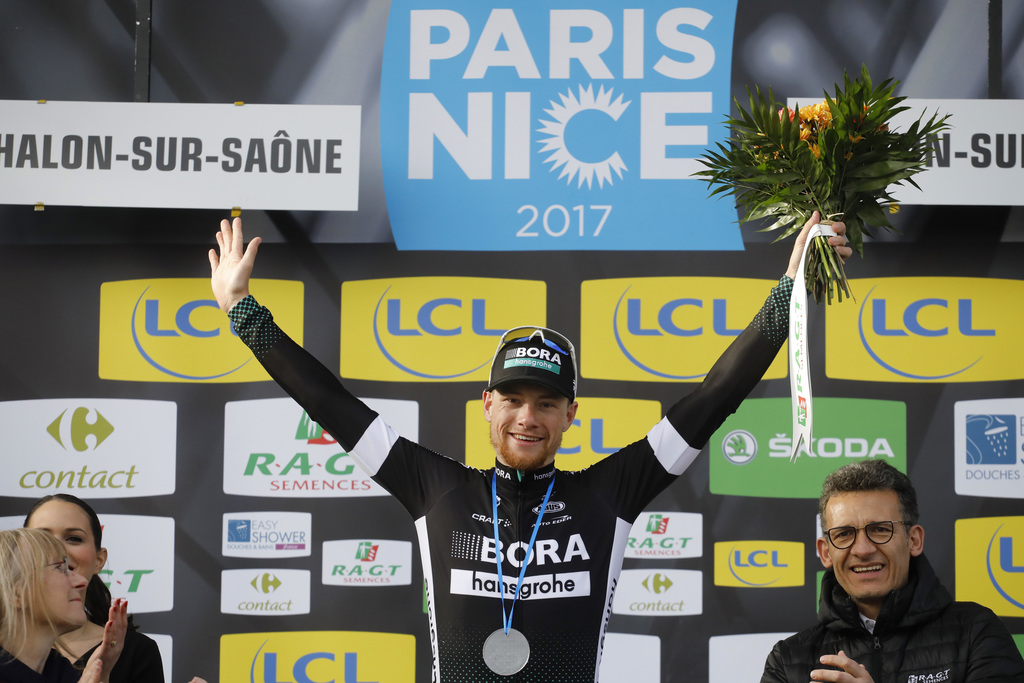 The Bora-Hansgroghe rider surged at the right time to upstage Norway's Alexander Kristoff and German riders John Degenkolb and Marcel Kittel. Australia's Michael Matthews was fifth in the mainly flat 190-kilometer (118-mile) stage from Chablis to Chalon-sur-Saone, across eastern Burgundy.

France's Arnaud Demare had to settle for sixth but he retained his overall leader's yellow jersey before a decisive time trial in Mont Brouilly on Wednesday.

"I was full of confidence, I had a good feeling in my legs and I was looking for an opportunity. With the support of the team, I was able to do it," the 26-year-old Bennett said after the most significant victory in his career to date. "To be honest, I fought for my position to be in the front and I didn't really notice what the other sprinters were doing."

Demare, who won the opening stage, keeps the overall lead, six seconds ahead of fellow countryman Julian Alaphilippe. Kristoff, 13 seconds behind, took the third spot ahead of Belgium's Philippe Gilbert, 17 seconds behind.

"Today was much calmer than the previous days and I had a chance to enjoy holding the yellow jersey on the road," Demare said. "It's a consolation to have kept it because for me the main goal is still to win stages."

Two-time champion Alberto Contador from Spain is still 1:18 behind Demare in the overall standings, while Richie Porte of Australia looks unlikely to win a third Paris-Nice title, after falling more than 15 minutes behind the yellow jersey.

The race ends Sunday in the southern city of Nice.