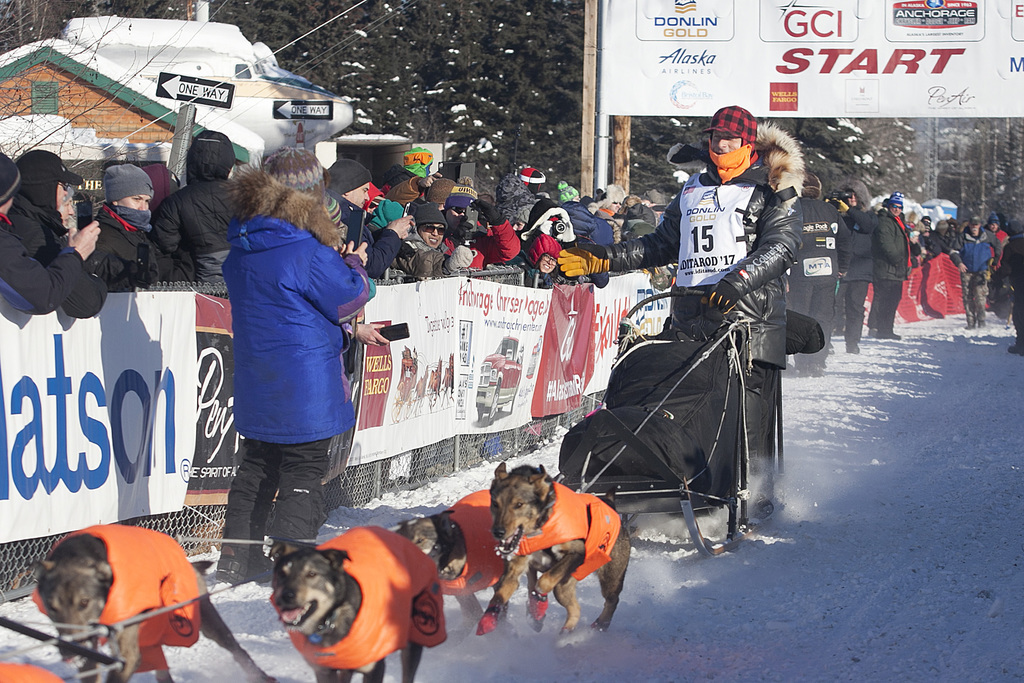 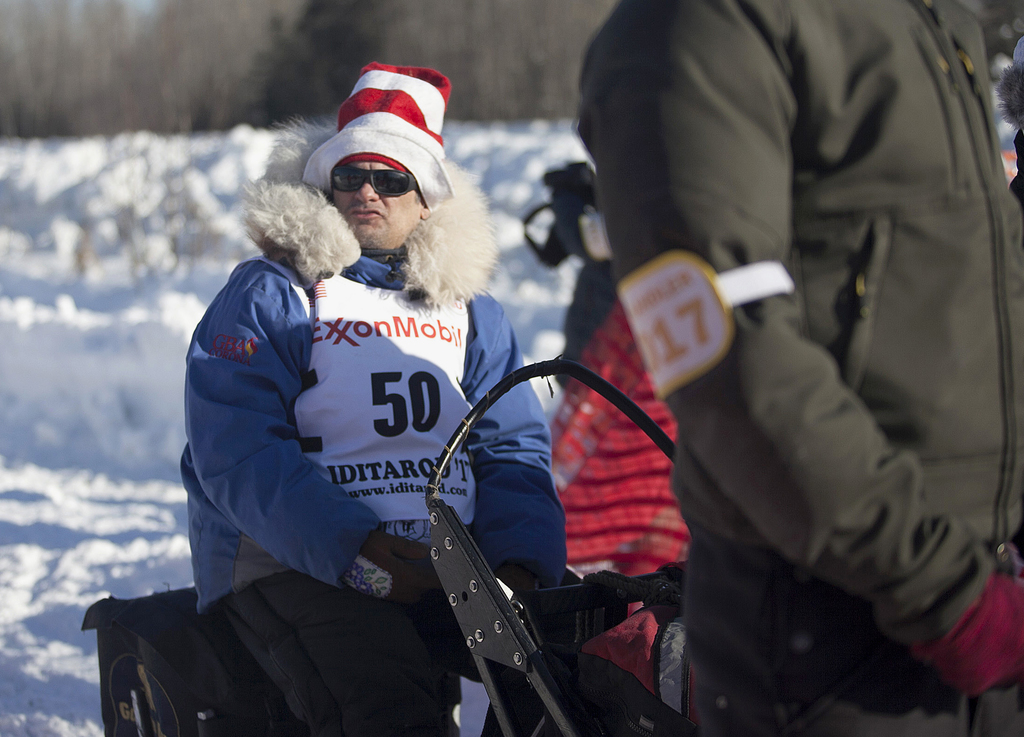 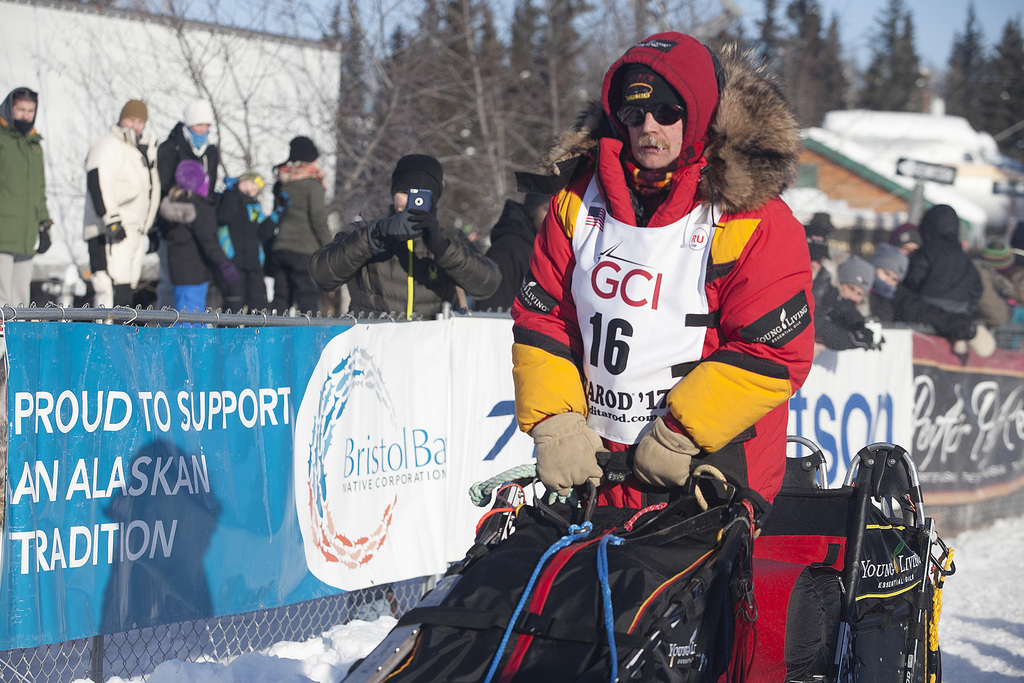 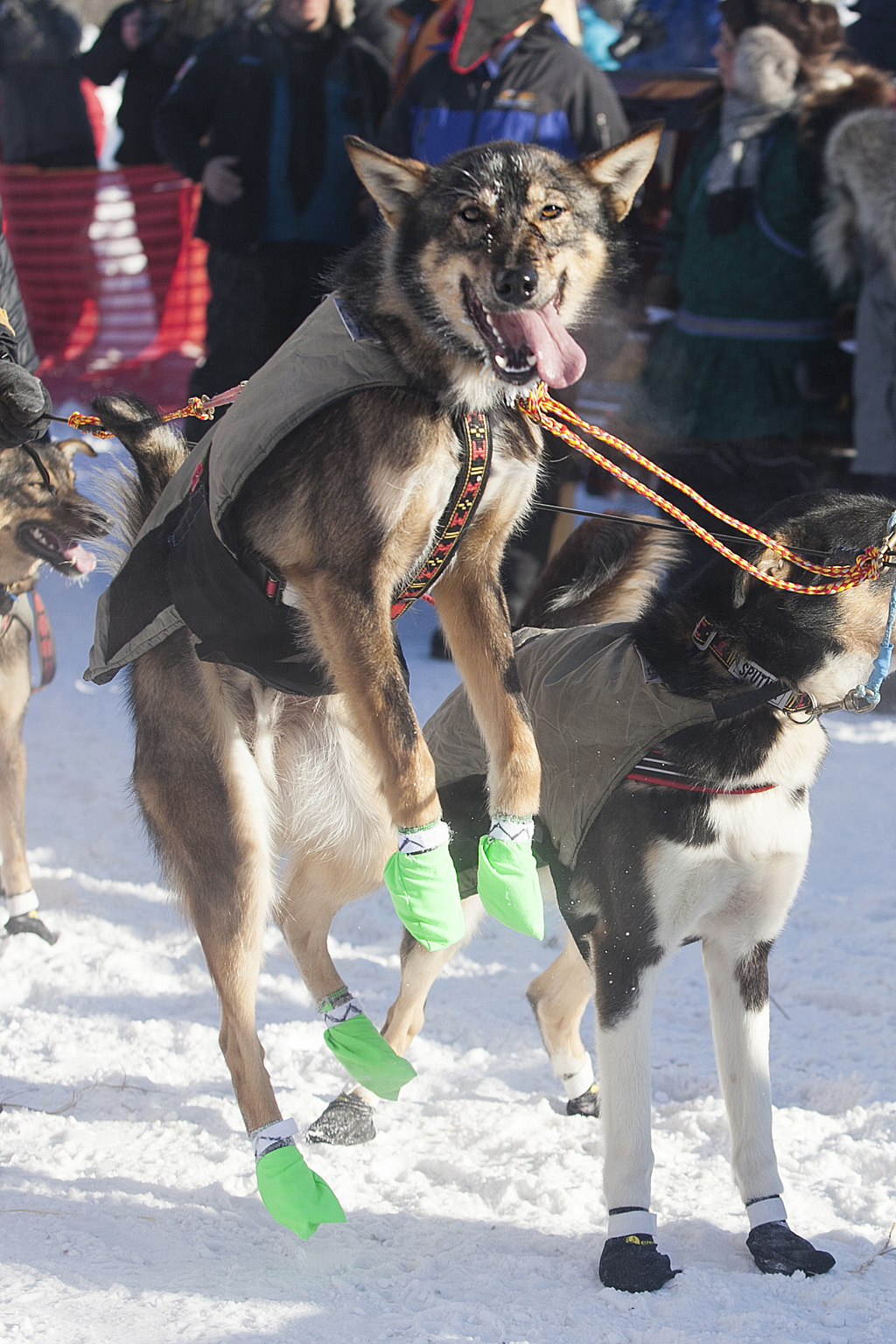 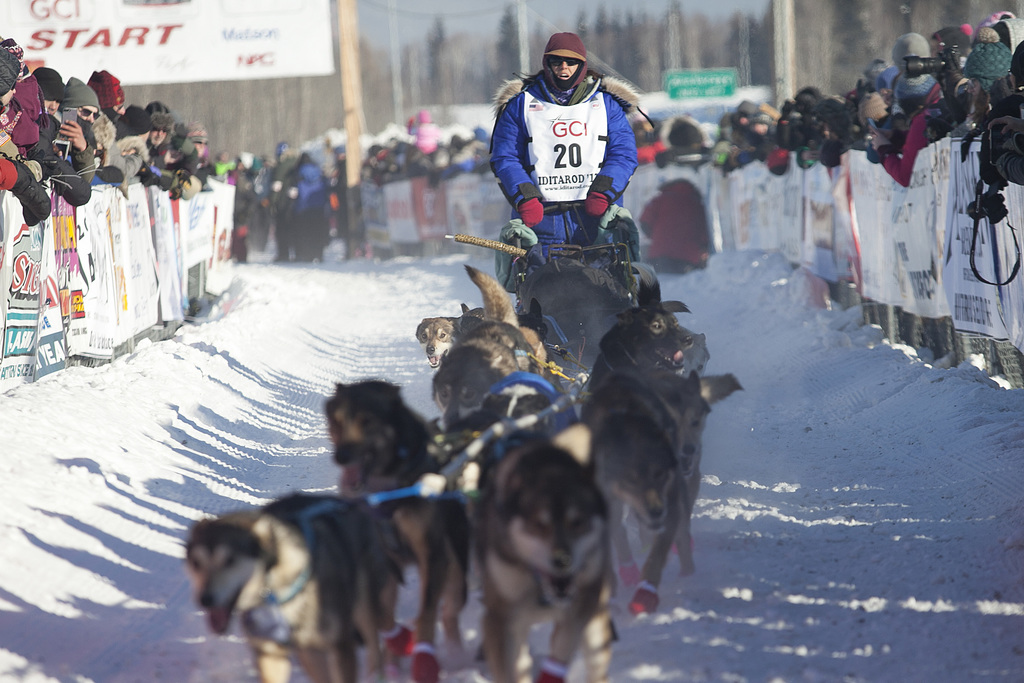 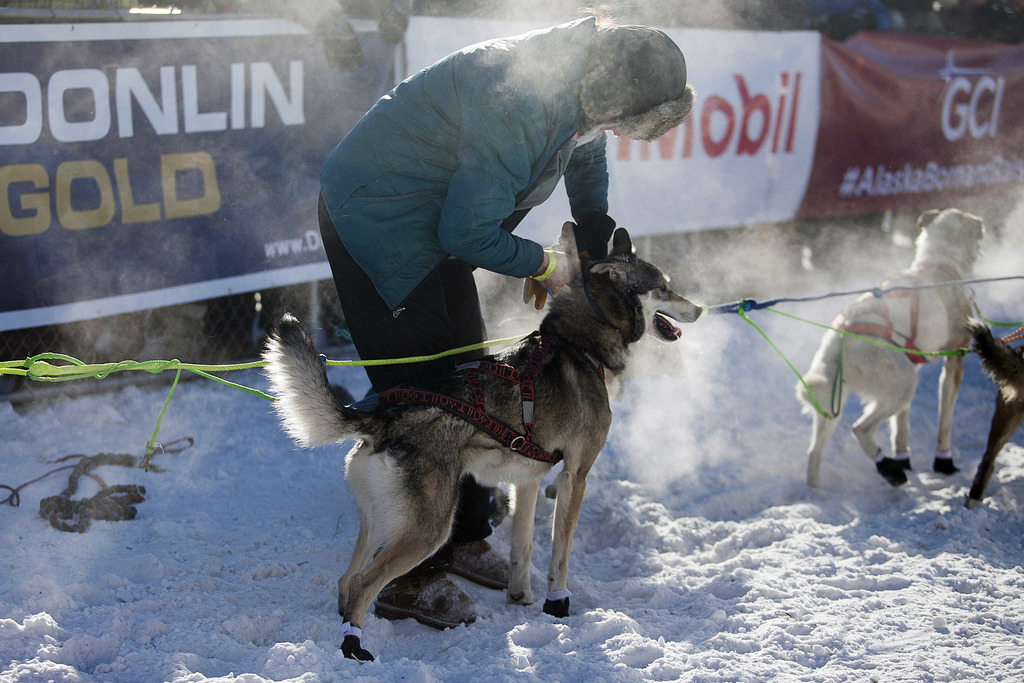 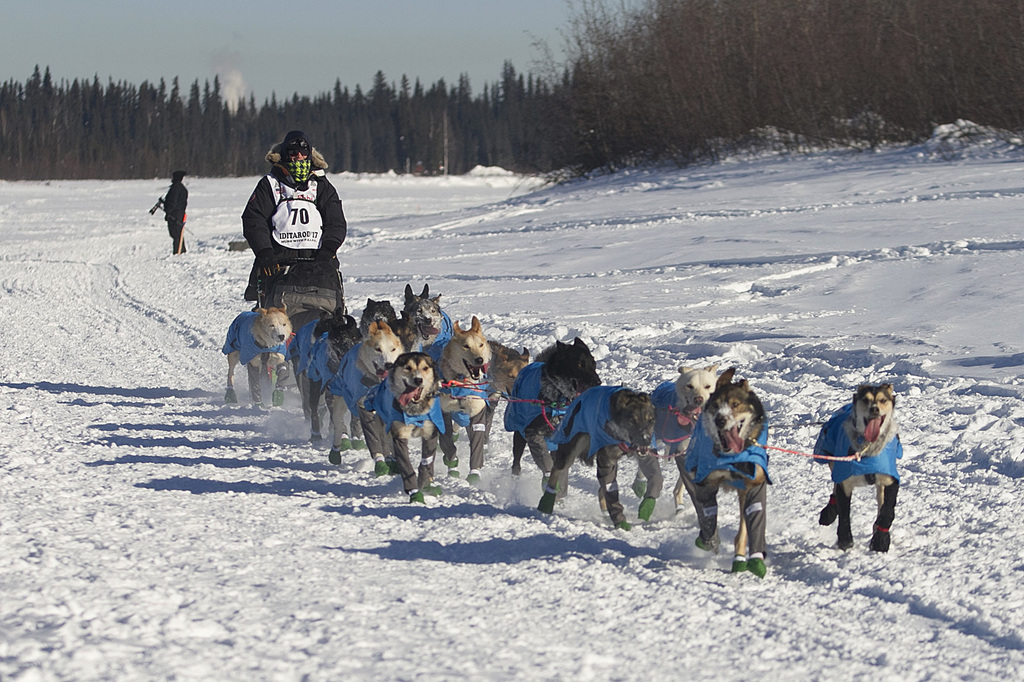 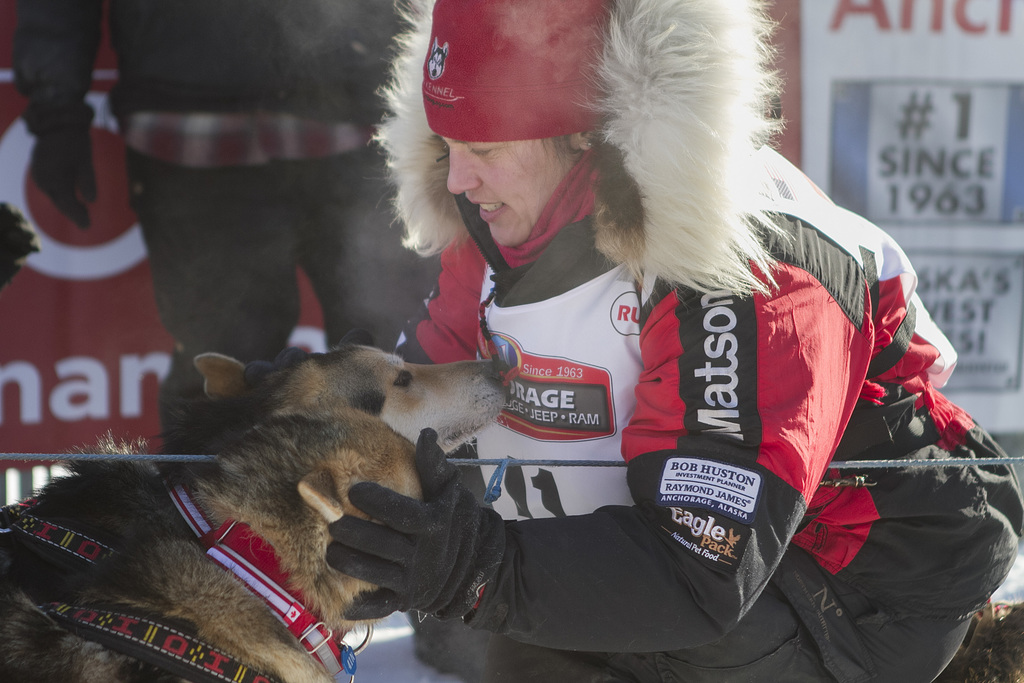 The race takes mushers over nearly a thousand miles of grueling Alaska wilderness. The winner is expected early next week in the Bering Sea coastal community of Nome.

Buser, who last won in 2002, rested after reaching the community 160 miles west of Fairbanks, where the race started Monday.

The Iditarod Trail Sled Dog race normally begins just north of Anchorage, but was rerouted over the Alaska Range — the span of mountains that includes Denali — to Fairbanks because of low snow and dangerous conditions in the range.

The first checkpoint in this year's race was in the community of Nenana, which is on Alaska's limited road system and allows fans to drive there. When the race starts just north of Anchorage, that isn't possible.

In Nenana, about 60 miles west of Fairbanks, snowmobile drivers packed down the snow in front of the town's historic train depot so dog teams could park for a rest, the Fairbanks Daily News-Miner reported.

Among those taking a break and feeding his dog a mixture of beef and kibble was four-time winner Jeff King.

He said the snow between Fairbanks and Nenana was soft, and that helped keep his team at an even pace.

He made the run between the two Alaska interior cities in 5 hours, 16 minutes, and that included problems when his team got tangled with another dog team.

"I don't even know who it was. They were nice and helped me," King said. "They were all bundled up so I couldn't really tell (who it was)."

Cody Strathe of Fairbanks, running his second Iditarod, was in second place, and two-time winner Mitch Seavey was third. Seavey's son Dallas, the current champion and winner of the last four out of five races, was running in seventh place.