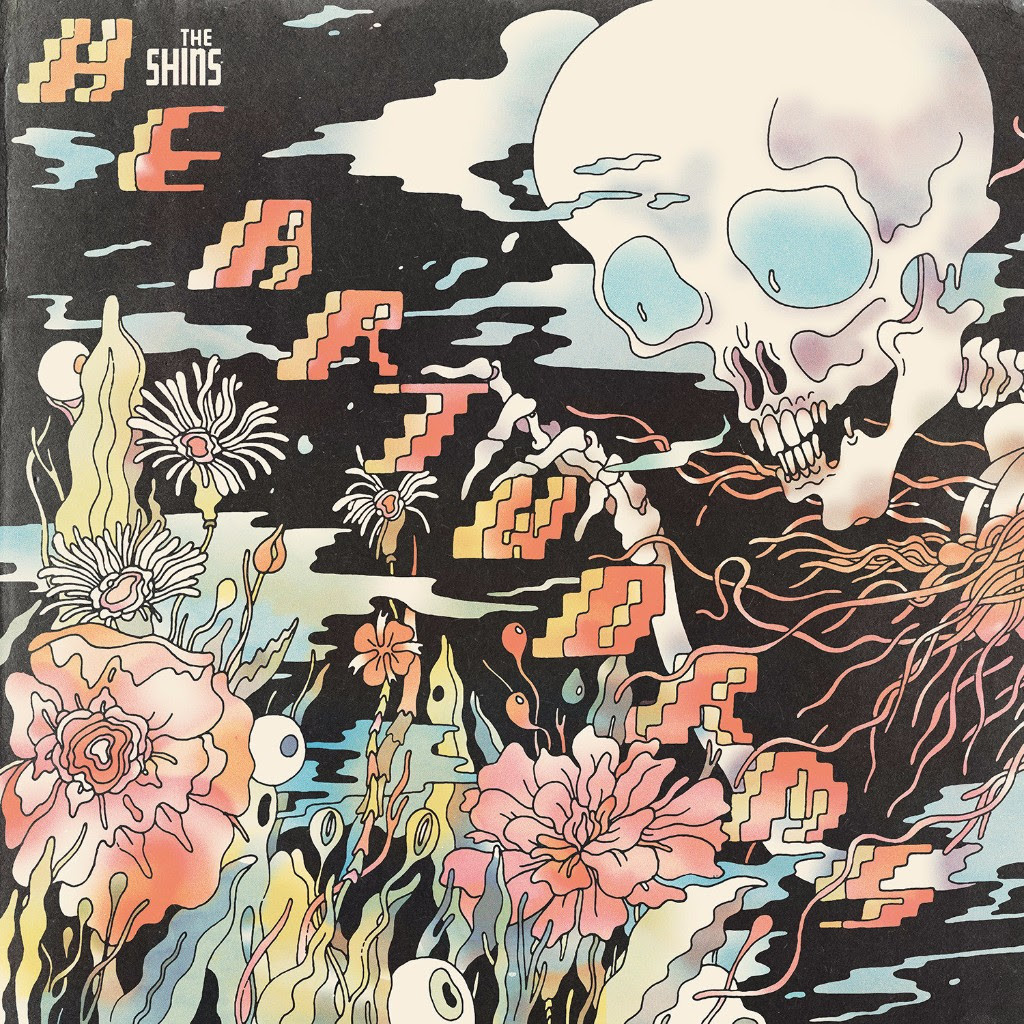 James Mercer takes the helm on "Heartworms," producing The Shins' fifth album and shaping the band's style and identity as much as ever. Mercer creates a diverse set of tunes which remain playful even when he explores relationships where nothing appears to be simple or straightforward.

A folky guitar and snappy percussion drive "Mildenhall," a true-to-life glimpse into Mercer's military brat adolescence and "Painting a Hole" is the first of several tunes that seem musically inspired by those years Mercer spent in Britain in the 1980s.

"Cherry Hearts" has an angular, New Wave approach similar to Howard Jones, while "Rubber Ballz" namechecks Paul Simon and may have settled on a harsh solution to every boy's fantasy-gone-wrong, "And I just can't get her out of my bed/Wish I'd gone with her sister instead."

The title tune has more of the typically Mercer-ish confessions, wordy and rather resigned, with sounds which hark back to the band's early albums, what has been described as a "return to the handmade."

Album closer "The Fear" reverberates in that Radiohead-performing-Irish-Mariachi-music kind of way, small waves whose soothing repetition is upset by lines like, "This fear is a terrible drug/If only I had sense enough/To let it give away to love."

Natalie Portman's famous line in Zach Braff's "Garden State" notwithstanding, The Shins may not change your life but with albums like "Heartworms" they can definitely ease the tedium.