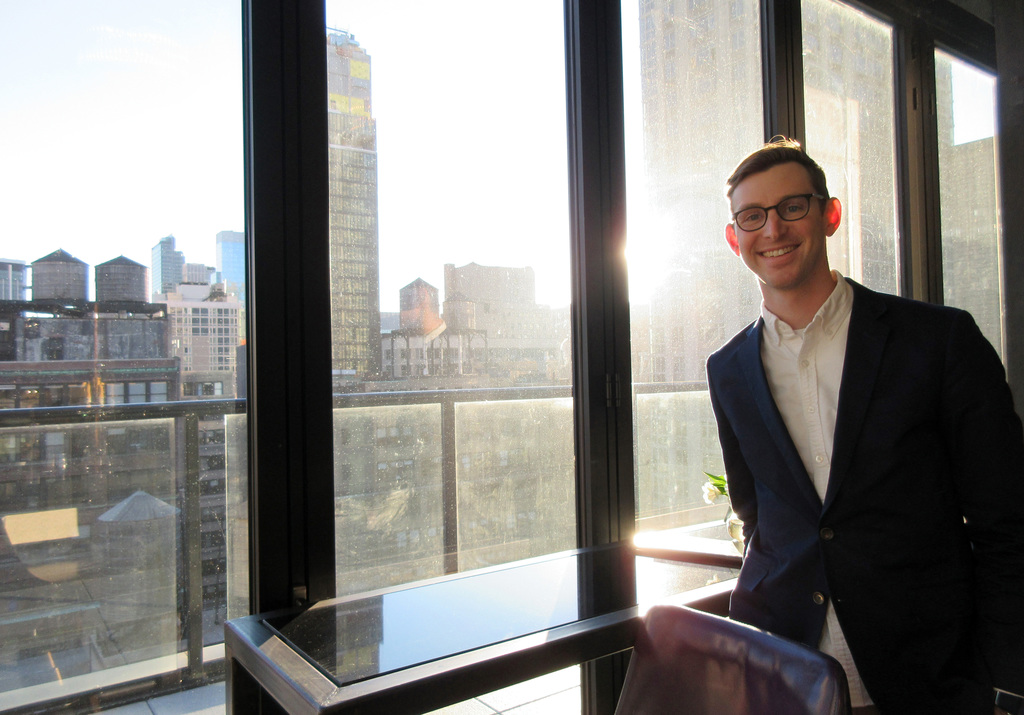 NEW YORK (AP) — Daniel Houghton was just 24 years old when he became CEO of Lonely Planet in 2013. Since then, he's restructured the company, expanded its digital presence and, to the surprise of many who feared he'd kill off Lonely Planet guidebooks, he's grown the print side of the business. The company now has 33 percent of the guidebook market, its largest share ever. Houghton, now 28, starts his fourth year with the company in April.

Houghton's roots are in the South — he grew up outside Atlanta and holds a photojournalism degree from Western Kentucky University. But you could say travel is a family tradition: His parents worked for airlines and his grandparents toured the lower 48 states in an Airstream camper in the 1970s. Houghton is based in Nashville, Tennessee, now, but last year he traveled some 150,000 miles for Lonely Planet, and the year before that, 300,000 miles.

This year his job has taken him to Colombia to speak at an event honoring that country's president for winning the Nobel Peace Prize, and he'll also be a speaker at SXSW in Austin, Texas. For fun, he recently vacationed in North Dakota with his dogs, a pair of German shorthaired pointers named Jackson and Moose. Houghton spoke with The Associated Press during a recent stop in New York.

Q: What are some of the changes at Lonely Planet since you took over?

A: We've completely rebuilt the entire digital platform along with a suite of mobile products. We've just really tried to expand our content coverage as much as possible: food, adventure travel, we've launched a whole line of kids' content.

Travel is really much more than 'I'm about to go get on a very long-haul flight and take my guidebook.' That's obviously a very large part of our audience. ... But we've set the business up to reach people on as many platforms as we can. Whether they find something that we put on Instagram, or they see our magazine in the airport, or they visit our website because they Googled where to go in Italy and we're the No. 1 or 2 organic search result, we want to get that content in front of as many people as possible.

If we're doing a Facebook Instant Article, that's very different from opening up Periscope or Facebook Live and watching a Livestream by one of our authors at Diwali. We're also a launch partner for Google Home. If you talk to them and say, 'I want to talk to Lonely Planet,' we'll jump in.

Q: You were hired to run Lonely Planet by Brad Kelley, the billionaire who bought the company from the BBC. How did that come about?

A: We got to meet pretty randomly a couple years before Lonely Planet. I was in the right place at the right time and very fortunate to have that opportunity. We met a few times and he offered me a job. But every time I tell this story, someone comes up with some new twist on what they imagined must have happened.

Q: What were you doing before Lonely Planet?

A: At the time I was frustrated with the newspaper industry. I had started my own one-man band, a multimedia company doing everything from shooting pilots of TV shows to commercial work.

Q: Kelley bought the company from the BBC at a fraction of what it had sold for a few years earlier. Is Lonely Planet profitable now?

A: We're certainly moving in the right direction. We're proud of what we've achieved and we don't really comment on the rest of it.

Q: Had you traveled the world before Lonely Planet?

A: I'd been a lot of places but I hadn't been to Asia and I've never been to Antarctica. Every other continent I had been to a couple of times — a lot of vacations and both my parents worked for the airlines. Until I turned 21, I had a free ticket.

... I grew up traveling with the family. My mom's idea of a really fun vacation was, 'Let's go to New Hampshire to see all of the covered bridges in the whole state.' As a 10- or 12-year-old, that's not radically exciting. But it is when you get given a camera: 'Maybe I'll take a picture of every one of them.'

Q: Are there places you haven't been that you want to go?

A: Last year we had a book called 'The Ultimate Travel List.' We had Angkor Wat at No. 1. I've never been there. I'd love to see that. I'd love to go to Myanmar. Vietnam.

Q: How many countries have you been to?

Q: How many states?

A: I've got one state left. I have not been to Hawaii. Of all the ones, right?