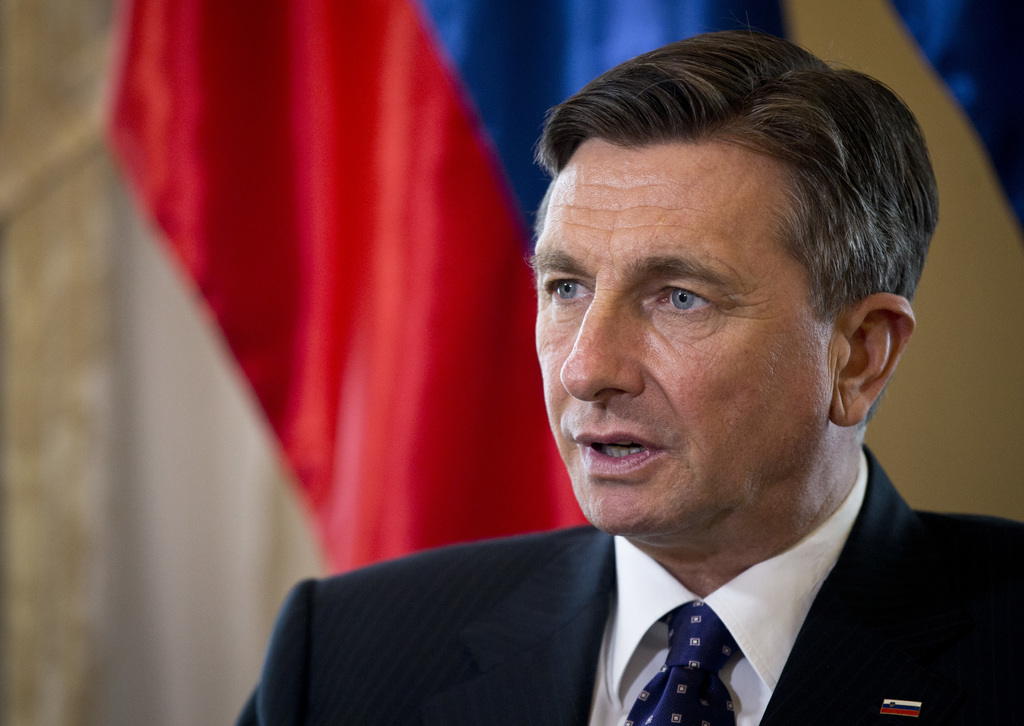 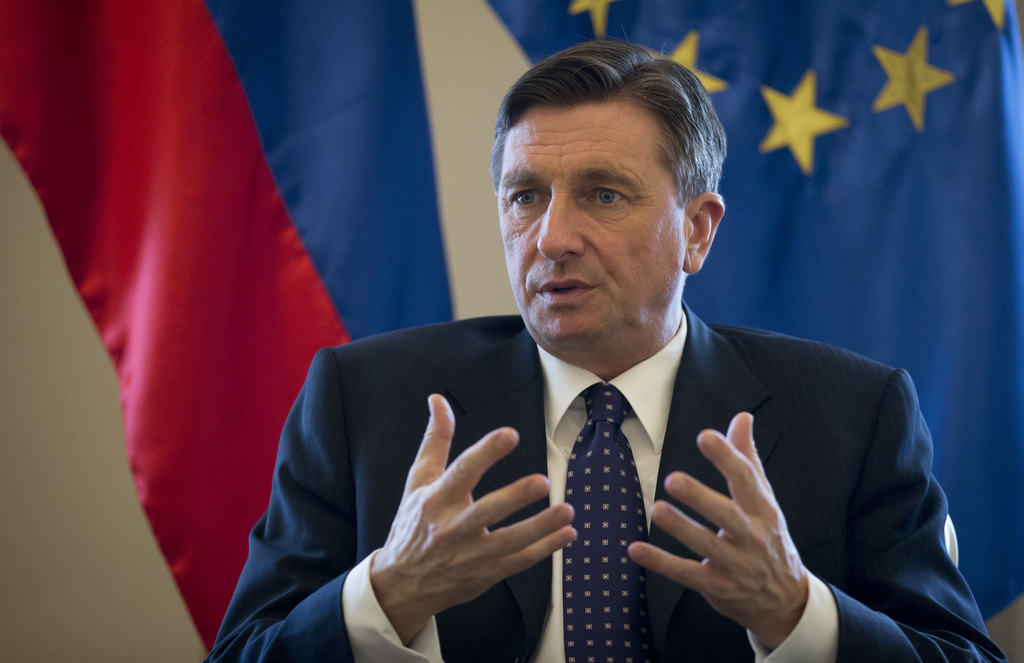 LJUBLJANA, Slovenia (AP) — Donald Trump may rule Twitter, but he's no match for his Slovenian counterpart on Instagram.

Borut Pahor, who is known as "Barbie" and along with Melania Trump is Slovenia's other former fashion model making international headlines, has been actively using social media to get his message across.

He started releasing his photos on Instagram, including one of him riding on a garbage truck in red overalls, ahead of the 2012 presidential election, which he surprisingly won. The thousands of likes he gets make him a clear favorite for re-election later this year.

His 24,000 followers in the country of 2 million can see the 53-year-old in very many different poses and personalities.

One shows him topless with a tattoo of a dolphin on his shoulder; another repairing a road alongside the workers. There's also Pahor on a soccer field, and skiing down the slopes. Another post shows has him preparing to swim in a tight suit.

There's also him with former U.S. President Barack Obama, with a caption: "the most inspiring."

"Barbie, and not a bad guy," reads his comment of a photo with makeup being applied to his face. The nickname comes from his modeling days while studying political science in the Slovenian capital, Ljubljana.

On one posting, he is shown with supermodel Naomi Campbell. On another, he speaks to U2 frontman Bono.

A photo of him leaning against a marble stairway in the presidential palace in Egypt last year, with the caption "homesick in Cairo," has inspired many Slovenians to copy his pose, which became known as "#boruting" on social media.

"Communications between people and politicians are changing all the time," Pahor told The Associated Press. "Instagram is most used by young people. In a period of distrust of politics, this is a way to reach them."

However, he said, he had no illusions that such communication can replace direct contact. "Life contact with people is the most important."

Pahor acknowledged that he runs the risk of being labeled as a populist.

"I accept that risk. But there is difference between negative and positive populism," Pahor said.

Judging from the ratings, Pahor's Instagram activity doesn't do him any harm. A recent survey shows that 52 percent of Slovenians hold a positive view of Pahor and just 16 percent a negative one.

"He is basically publishing photos which are appropriate to a point of (being) funny," Rakar said. "He's trying to present himself as a likable person doing a lot of stuff."

"Instagram is not really a communication (platform) for sending political messages," he said. "Twitter is much more suitable for politics."

Pahor has offered to host the first meeting between Trump and Russian President Vladimir Putin; he recently shuttled between German Chancellor Angela Merkel in Berlin and Putin in Moscow. Then he went to Ukraine where a recent flare-up threatened to re-ignite hostilities between the Russian-backed rebels and the government troops.

Although Slovenia is an EU member and supports the bloc's sanctions against the Kremlin for its role in Ukraine, the small Alpine state has maintained traditional ethnic ties to Russia. That puts Pahor into an almost unique mediating position between the East and the West.