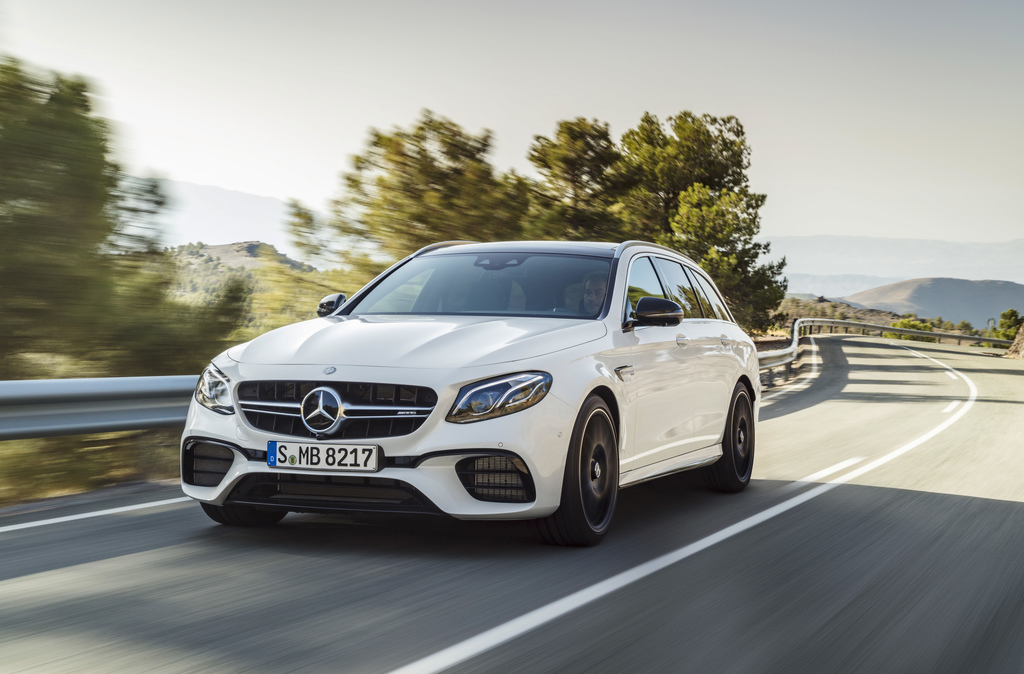 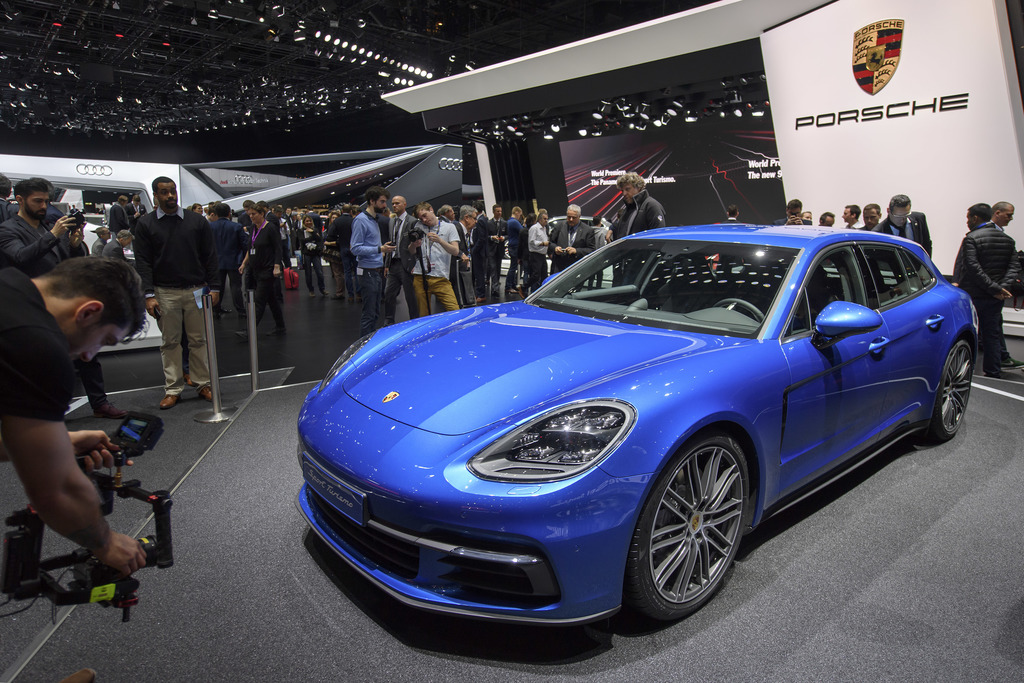 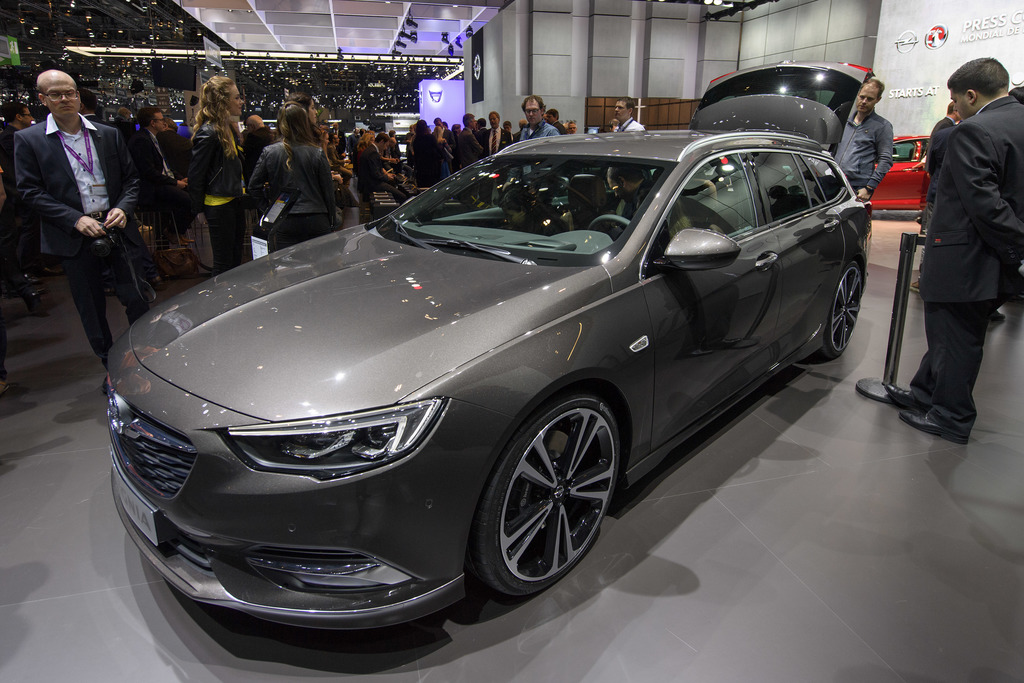 Volkswagen's Porsche, Daimler AG's Mercedes-Benz and BMW AG all introduced vehicles with long, roomy rear ends — but with powerful engines that set them far apart from the stereotypical suitcase- and pet-transporters of years gone by.

Porsche's Panamera Sport Turismo comes with up to 550 horsepower and a rear roof spoiler that automatically adjusts to reduce wind resistance at speeds above 170 kph (102 mph). (That speed is legal on many stretches of Germany's highways.)

Mercedes-Benz's high-performance brand, AMG, has the E63 Estate; the most powerful version goes from zero to 100 kph (62 mph) in 3.5 seconds — sports-car acceleration that could easily tip over any groceries in back.

BMW's 5-Series Touring looks like a sports car from the front, with a big grille and aggressive, low-slung air scoops.

They're usually called "estate" or "touring" models in Europe, where they remain a niche product for people who, for whatever reason, can't bring themselves to buy a sport-utility vehicle.

Daimler AG CEO Dieter Zetsche says estates are profitable in part because the company doesn't need to develop a whole new vehicle but can use the sedan model as a base. They "of course are a niche because it's not a global product but it's a successful niche with relatively little investment coming from a sedan."

And some people seem to expect that companies will turn out a wagon version, no matter what.

BMW CEO Harald Krueger says devotees of the models — known as "kombis" in Germany — "are one of the most loyal customer groups."

Business customers often like them for the added room to store gear or goods. In the more affordable segment, Opel is showing off the estate version of its Insignia, and Hyundai has a wagon version of its i30.

"Particularly in Germany, the wagon is a vehicle of choice," Mark Adams, GM Europe vice president of design, said after climbing out of an Opel Insignia wagon. "It's by far the most dominant body style on both this, and the Astra, in our portfolio in Germany. There are other markets where the wagon is a very small play, so you can't actually say that wagons are dominant in Europe, but in certain markets they are — in Switzerland, here, is also another place that they are very popular."

He said that people like the sleek, lower profile but don't want to give up the extra storage space to have it.

"If you have a sporty-looking wagon, you can get the best of both worlds," Adams said.

Opel's design team actually had a technical specification to meet for the Insignia wagon, he said: "The shape of the opening needed to be much squarer, to take the police dog boxes — would you believe? So this can now take these big dog boxes to make it truly functional."

A company spokesman, Martin Golka, said Opel and its Vauxhall brands sellsthousands of vehicles to national authorities each year as part of its "fleet channel," and targets such customer requirements as space for police-dog cages for the German state of Hesse.

Jamey Keaten contributed to this report.