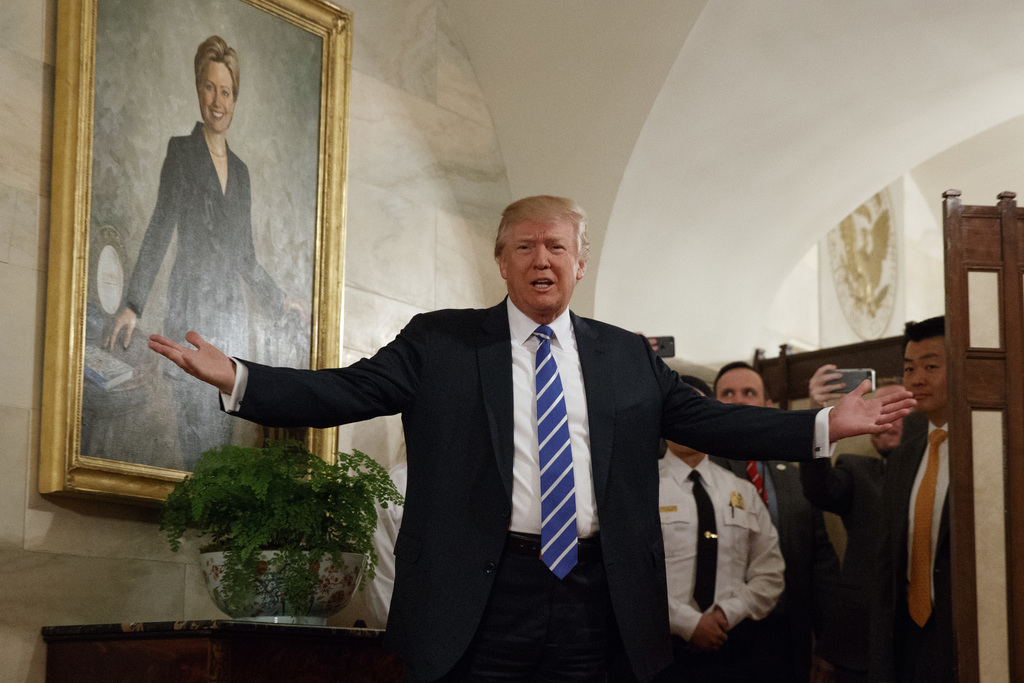 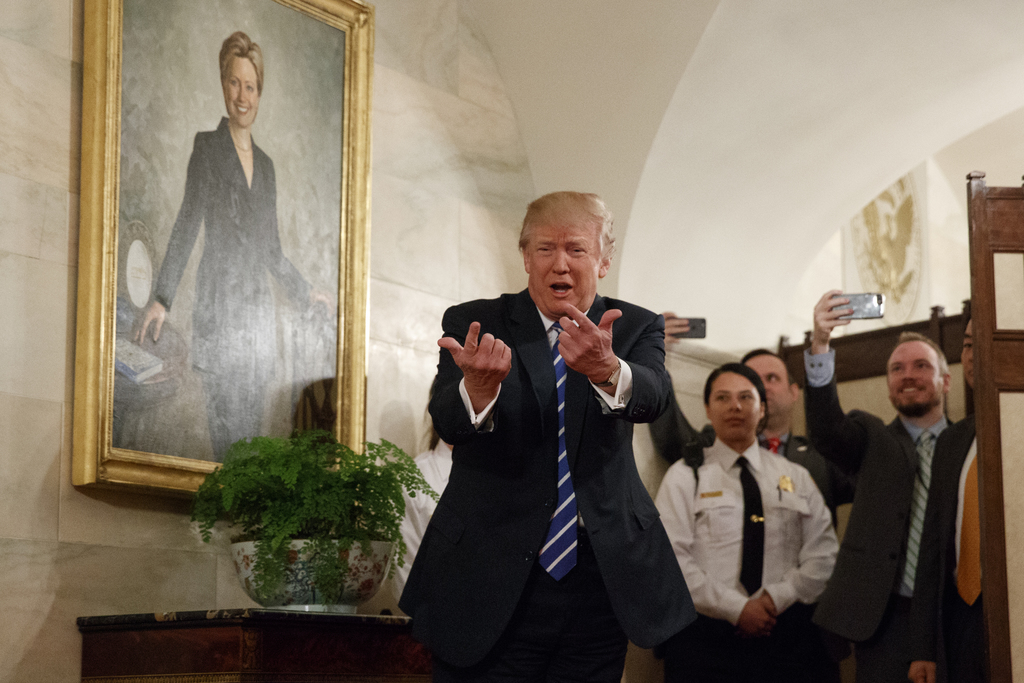 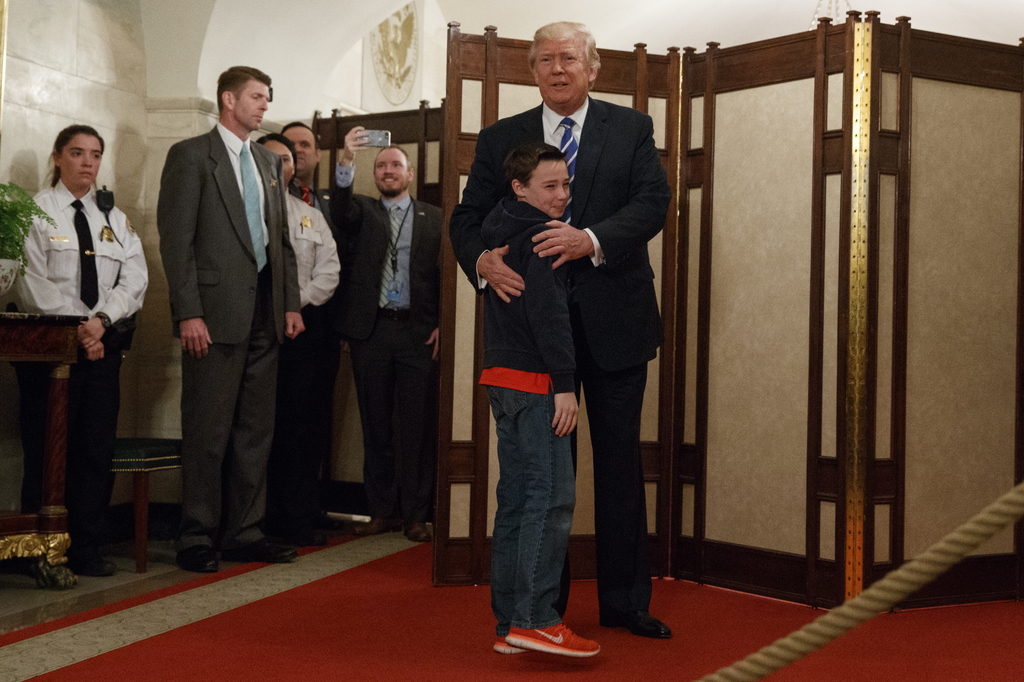 WASHINGTON (AP) — A jovial Donald Trump greeted the first wave of tourists to the White House since his inauguration Tuesday.

Hillary Clinton was there, too — at least in spirit.

Trump emerged from behind a French screen to a throng of cheering tourists — many of them fifth graders from Birmingham, Ala. — who had packed into the East Wing of the White House for a chance to catch a glimpse of the 45th president.

"Oh my god!" they shouted as the president stretched his arms open to announce his arrival.

Throughout Trump's short appearance, it was hard not to notice the giant portrait of the former first lady — and Trump's opponent in the hotly-contested election — hanging alongside him.

The White House has been closed for tours since inauguration day as the new administration sorted out staffing and other logistics needed to usher in visitors to the 217-year-old house.

Among the first group of tourists were a group of fifth graders from the Briarwood Christian School in Birmingham, Ala. Trump randomly pulled one young boy from the crowd — 10-year old Jack Cornish from Birmingham — hugging him and patting him on the shoulders before sending him back to the crowd of envious schoolmates.

One of them shouted, "you're famous, Jack!"

President Bill Clinton and first lady Hillary opened the White House to tours the day after they moved in January 1993. The Clintons welcomed some 1,000 winners of a lottery drawing along with then-Vice President Al Gore and his wife, Tipper.

It was George Washington's portrait that graced the event that day.

Under the Obama administration, the director of the White House Visitors Office welcomed some 3 million tourists.