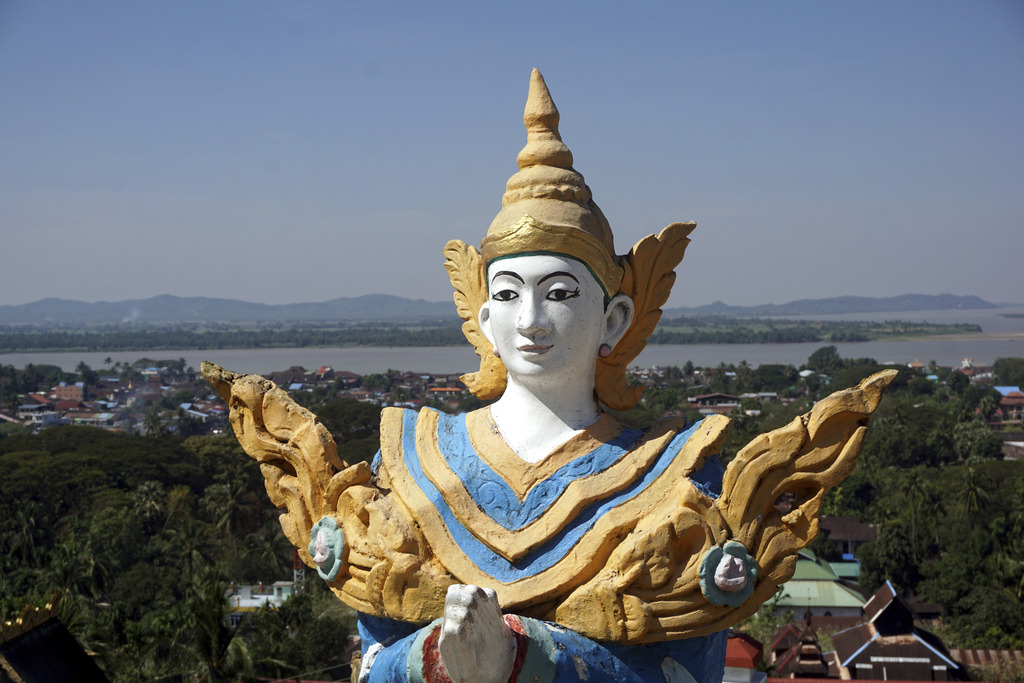 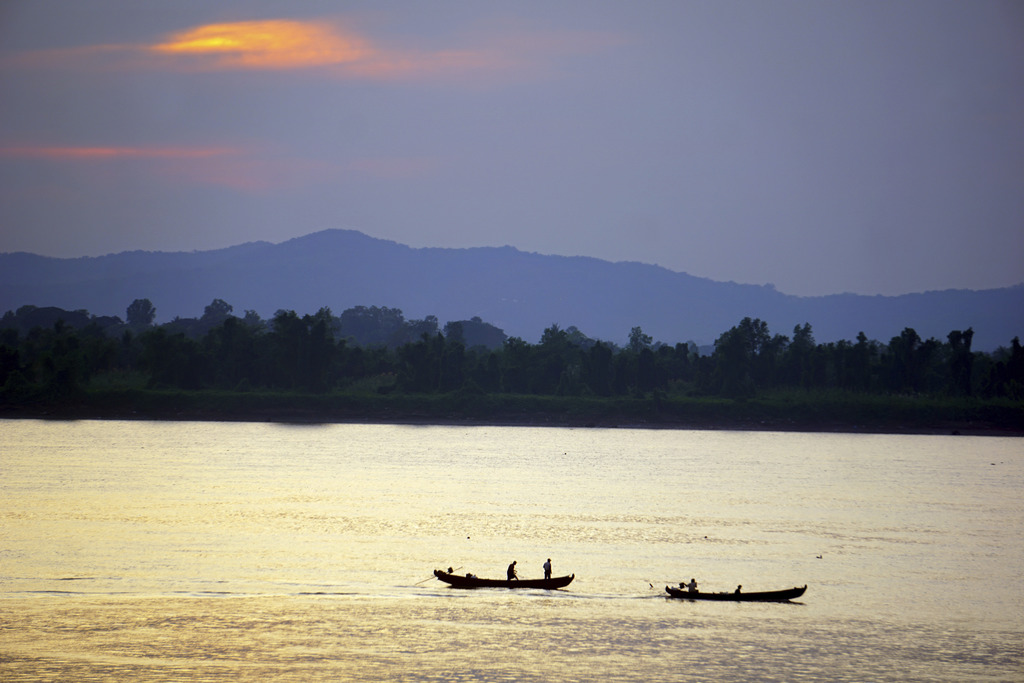 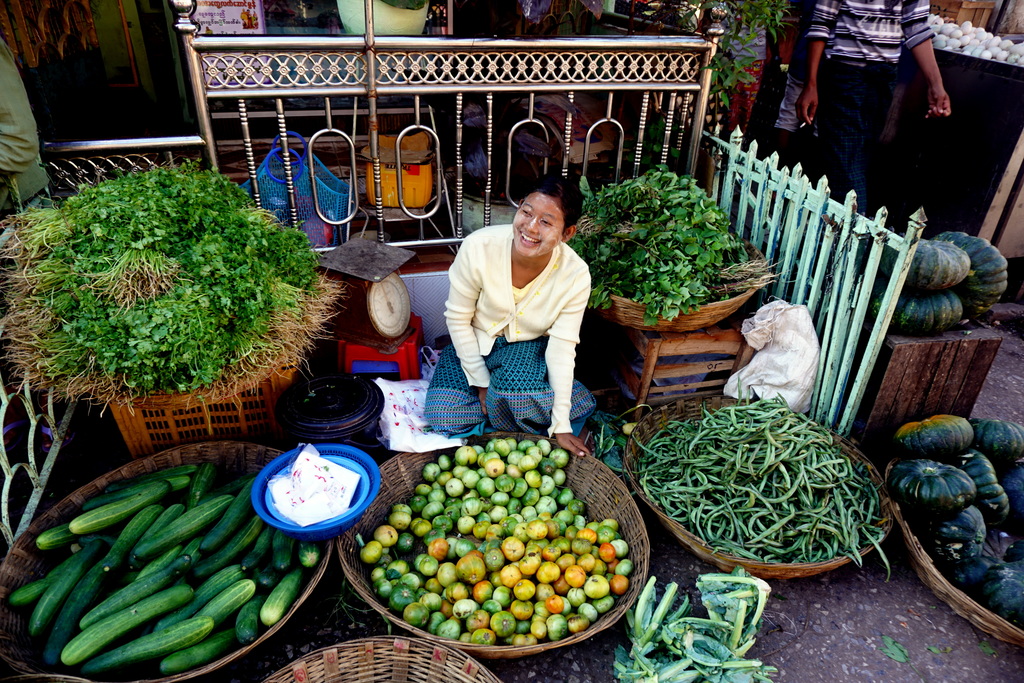 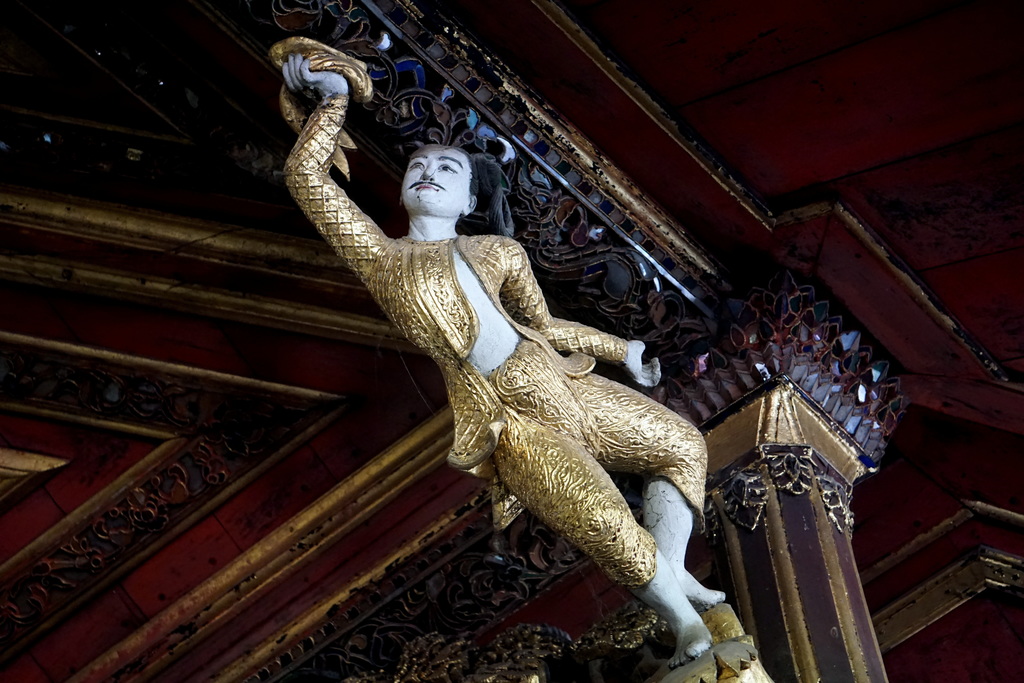 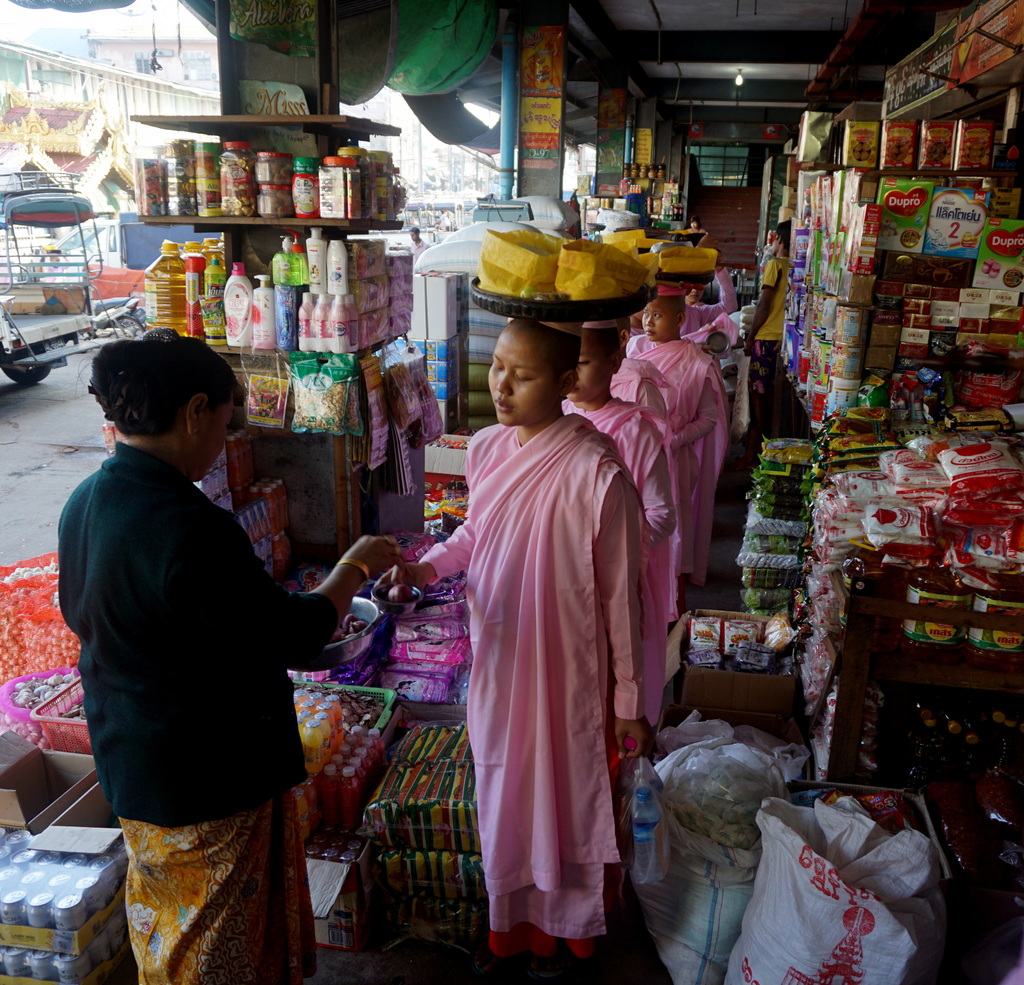 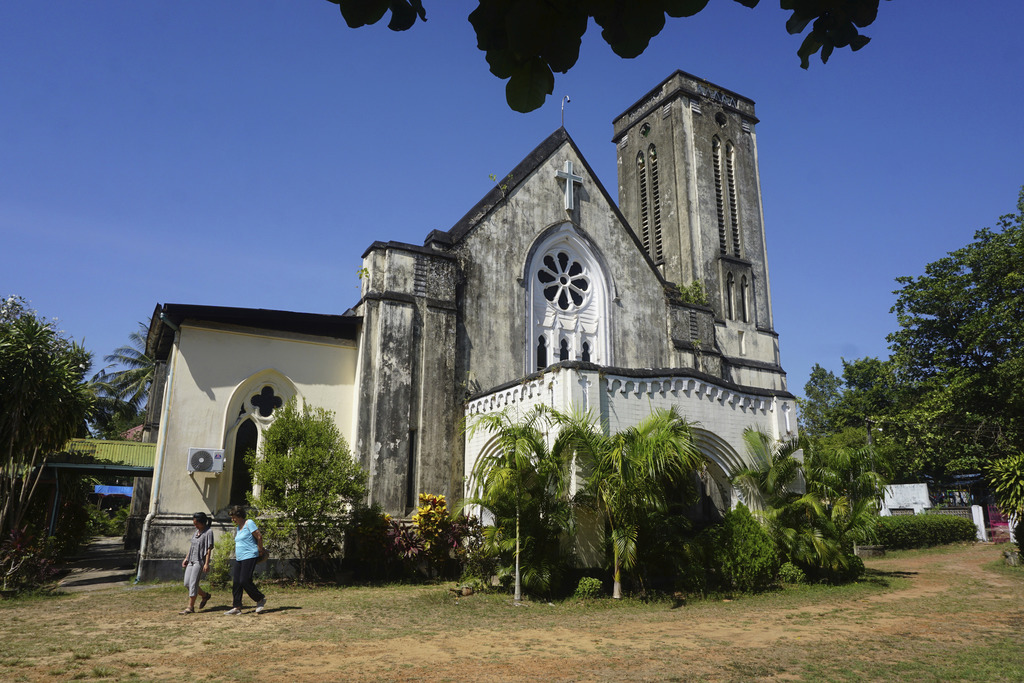 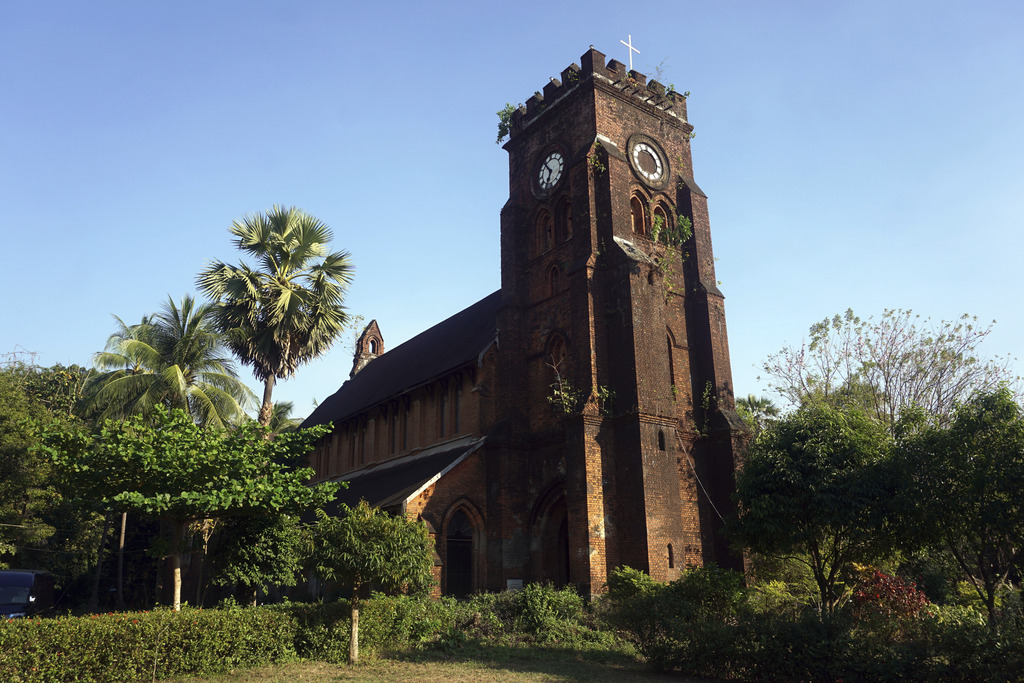 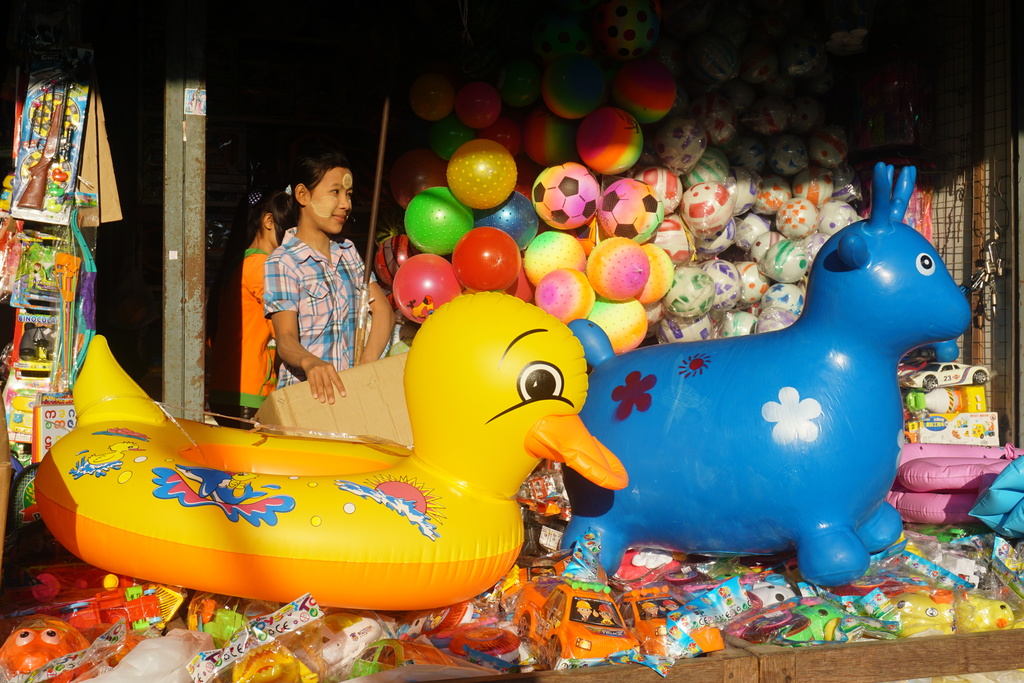 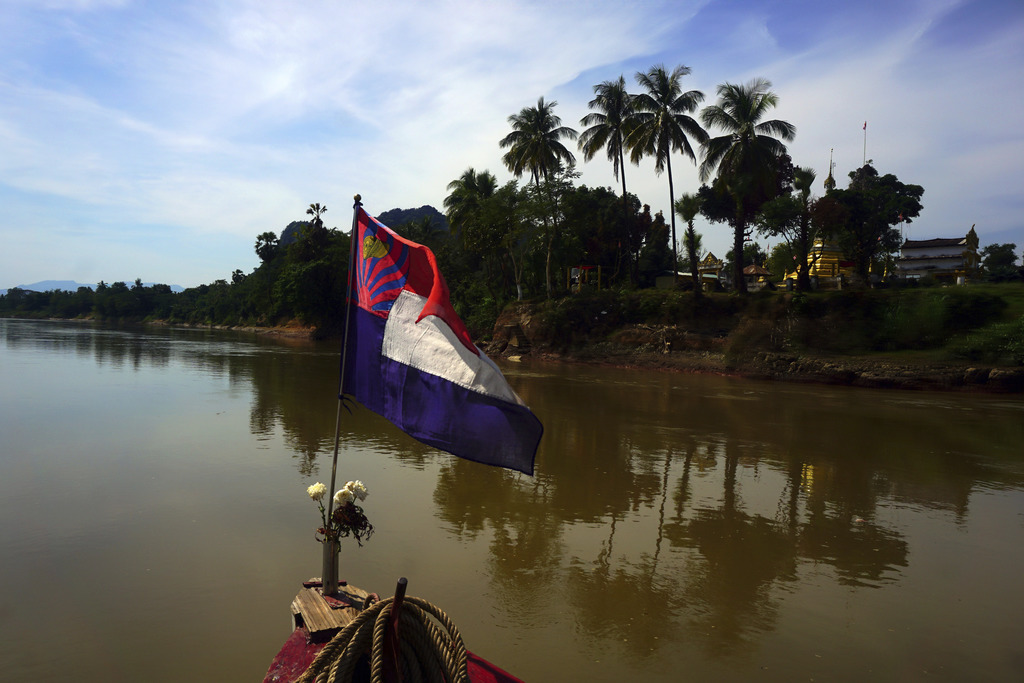 MAWLAMYINE, Myanmar (AP) — On the stairway rising to Moulmein's great Buddhist shrine, the visiting British writer Rudyard Kipling was inspired to pen one of the most anthologized poems of the English language.

"By the old Moulmein pagoda, lookin' lazy at the sea/There's a Burma girl a-settin,' and I know she thinks o' me.," go the opening lines of "Mandalay," verses imbued with nostalgia for the wind-swept palms and twinkling temple bells the young poet left behind for the gray skies of England.

Today, 128 years later after Kipling's infatuation, the Kyaik Than Lan pagoda remains a prime attraction for pilgrims and tourists. Its soaring, gilded stupa gleams on a ridge overlooking a city of greenery and watery expanses which has retained links to the British colonial past that Kipling chronicled. The Burmese women he noticed can be seen there too, some wearing the traditional sarongs long discarded in most of Asia, some chatting on smartphones as they circumambulate the stupa in proper Buddhist fashion.

Despite the intrusions of modern technology and being Myanmar's fourth largest city, Mawlamyine (as Moulmein is now officially spelled) still maintains an air of distance from the world's mainstreams, in part because of its geography. It's a long, 300-kilometer (186-mile) road journey from Myanmar's international gateway of Yangon, the other options being a rickety train ride or sporadic flights.

For decades, foreigners were banned from the area due to an insurgency. Tourists are still few compared to an influx to other areas of Myanmar, formerly known as Burma, that followed the end of military rule in 2011 and the electoral victory of pro-democracy leader Aung San Suu Kyi last year.

Our party recently took the most scenic route to Mawlamyine: by car from Yangon to Hpa-An, the pleasant capital of Myanmar's Karen State, and from there by hired boat down the Salween, one of the world's longest, still free-flowing rivers. Before it empties into the sea, the Salween enhances Mawlamyine's charm, flowing past its Strand Road where families stroll to view the sunset across the broad stream.

Mawlamyine wasn't always a byway. After the first Anglo-Burmese war, the British made it their capital between 1826 and 1852, building government offices, churches and a massive prison. They started business enterprises and the country's first newspaper.

Many of these relics of the British Raj remain along with mosques, Hindu temples and even a slice of Americana, reflecting Mawlamyine's great diversity.

One of the earliest American missionaries to foreign lands, the legendary Adoniram Judson, built the town's First Baptist Church in 1827, going on to write an English-Burmese dictionary and translate the Bible into Burmese during his nearly 40 years in the country. Nearby stands the St. Mathew's Anglican church, erected in 1887 and still in use, although like many of the city's heritage buildings in a state of picturesque decay: Vegetation sprouts from peeling brick walls and the tower clock is perpetually set at 6:54 p.m.

Given Mawlamyine's numerous Buddhist temples, one can succumb to pagoda fatigue. But aside from "Kipling's," said to date back to 875 and enshrine a hair of the Lord Buddha, the Yadarbon Myint Monastery is a must although rarely visited. The monastery's small palace contains some of Myanmar's most exquisite carvings, commissioned by Queen Sein Don, one of 45 consorts of the Mindon, the penultimate king of Myanmar.

The queen came here after Mandalay was seized by the British in 1885, bringing with her craftsmen from the royal capital. What they created has special value since Mandalay's royal palace and most of its artistic treasures were destroyed in World War II.

While Mawlamyine's Buddhist shrines will surely be preserved, the colonial heritage along with the city's unique character, is imperiled. Dr. Tin Soe, a longtime resident, says the fledgling local government lacks expertise, the still powerful military has sold public land to line its pockets and the public sees little value in the old buildings.

"The government has not time, no budget and no brains," he says.

But a glimmer of hope comes from Yangon where the Yangon Heritage Trust is spearheading a generally successful campaign to save the city's magnificent colonial architecture from the bulldozer and decay.