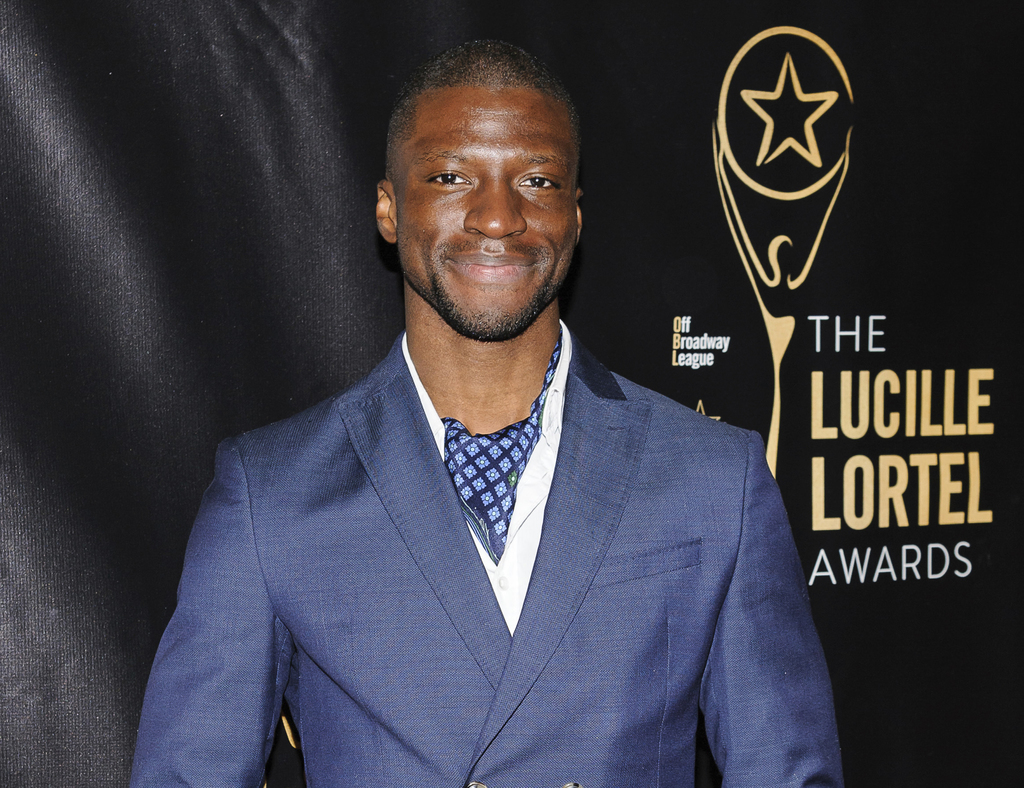 NEW YORK (AP) — You may not particularly recall Nov. 16, but Broadway actor Michael Luwoye will never forget it.

It was a Wednesday and he certainly earned his salary that day. Luwoye played the title role in the mega-hit musical "Hamilton" at the matinee and then suited up a few hours later to play Aaron Burr that evening.

"I knew that this would happen, at some point. I was prepped and a little excited to do that. So it was one of those moments of just, 'Let's just go!'" he said. "It was much more exhilarating than I'd imagined it would be."

Luwoye is the first person to play both pivotal roles on the same day, and audiences across the country will soon be getting a chance to see why he was entrusted with the responsibilities.

The 26-year-old Alabama native stars as Alexander Hamilton in the "Hamilton" national tour, which kicks off this month with a 21-week stand in San Francisco, followed by a 21-week engagement in Los Angeles.

"It's incredible how much people love this show and they haven't seen it. So it warms my heart to know that more people will be able to see it with this tour," Luwoye said.

Luwoye is the fifth actor to play Hamilton and promises a strong take on Lin-Manuel Miranda's striving Founding Father. "My Hamilton is pretty gritty. I feel like that fire that Hamilton has, I feel like I capture that very well," he said.

Thomas Kail, the Tony Award-winning director of "Hamilton," said he watched and listened to Luwoye audition for Hamilton with a memorable take on the striving song "My Shot."

"It was one of those moments when you sit up straight in your chair and you know that you are witnessing something," said Kail. "We throw a lot of material at people when we're auditioning and there are certain people who rise to meet that. And he just rose to meet it."

Miranda's multiple award-winning take on the nation's first U.S. treasury secretary has a varied score, ranging from pop ballads to rap battles to sexy R&B. It has been cheered for reclaiming the nation's founding story with a multicultural cast.

Luwoye, born and raised in Huntsville, Alabama, went to the University of Alabama at Tuscaloosa and decided to make performing a career as a junior in college. His credits include playing a Ugandan dreamer in off-Broadway's "Invisible Thread" and Peter Tosh in a bio-musical of Bob Marley in Maryland.

When "Hamilton" was first being created downtown, he initially auditioned for the dual roles of Hercules Mulligan/James Madison. He didn't get it — the roles went to Okieriete Onaodowan — but Luwoye kept auditioning, learning new characters and eventually impressing with his Hamilton and Burr.

Luwoye got the call that he'd won the part of the Hamilton alternate on Broadway when he was working as a caterer. "I was in the middle of putting on my tuxedo," he said. "Once I hung up the phone, I was like, 'I have a lot of words to learn.'"

Then came that pivotal winter day when on the same day he played both the chatty, workaholic Hamilton and his political nemesis, the sly and careful Burr, which he considers a harder part. Luwoye said doing both made the show more clear.

"Hamilton and Burr onstage mirror each other," he said. "Hamilton gets to express a lot more and is very, very fast — that fire is lit under him and he just goes. Burr has the same drive but has to do it a lot slower. The story is not about him. He's telling the story and so his moments are not the priority in the storytelling."

Luwoye has packed up his Brooklyn apartment and flown to San Francisco where company members include Joshua Henry as Burr and Rory O'Malley as King George III. "I don't really have words for this, to be very honest," he said.

One thing is certain: His catering days are done.