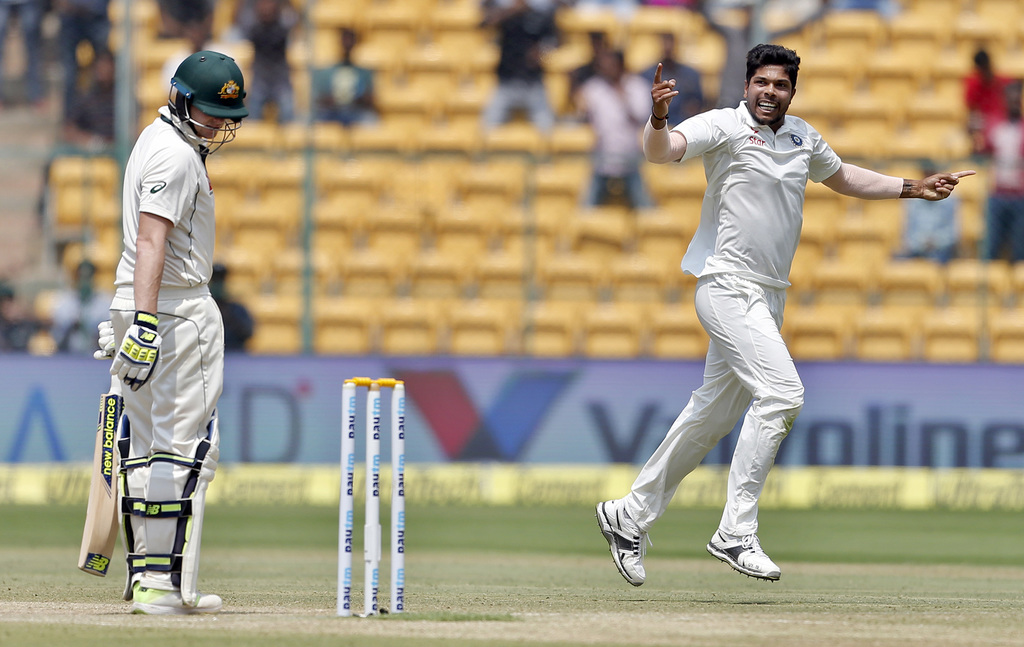 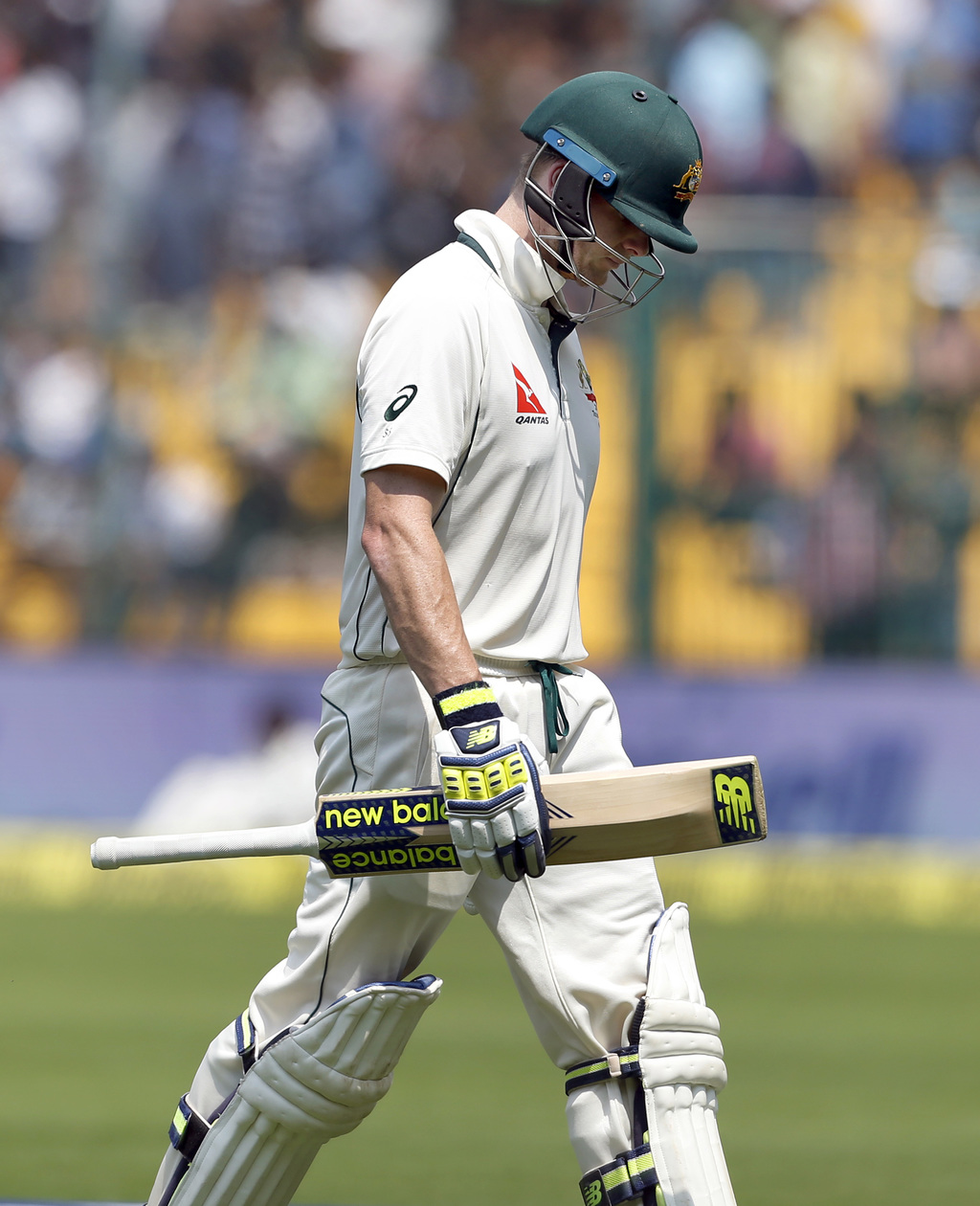 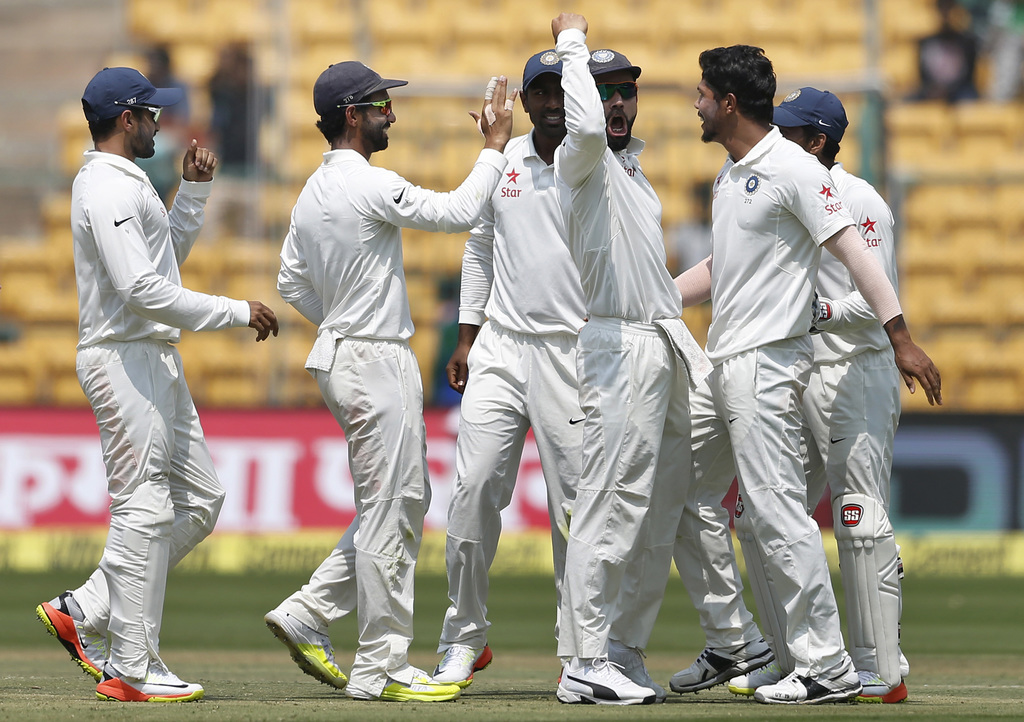 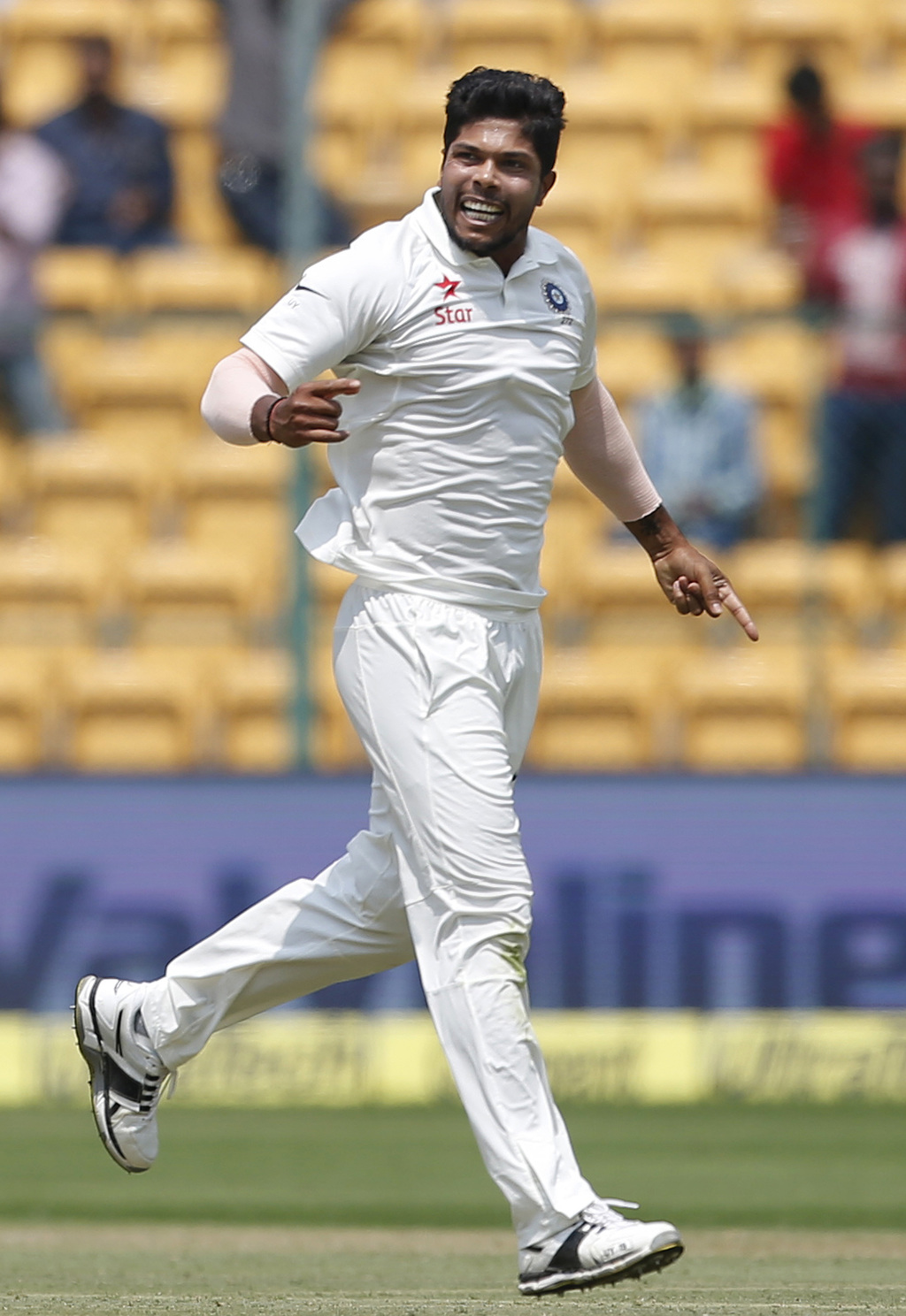 BANGALORE, India (AP) — Australian skipper Steve Smith has admitted it was a mistake to refer to the dressing room for guidance on DRS referral after he was given out in the second innings on day four of the second test against India.

The visitors went on to lose by 75 runs. Smith's dismissal in the 21st over sparked a controversy regarding the use of DRS.

Umesh Yadav trapped Smith in front of the wickets with a delivery that failed to rise. The batsman checked with his partner Peter Handscomb, and then turned around to face the dressing room, appearing to look for guidance on whether to ask for a replay or not.

"I got hit on the pad and looked down to Petey (Handscomb) and he said look up there, so I turned around and it was a bit of a brain fade on my behalf. I shouldn't have done that," said Smith in the post-match press conference.

"I was looking at our boys, so shouldn't have done that," he added.

Umpire Nigel Llong spotted Smith's actions and asked him to leave the field.

Indian skipper Virat Kohli was involved in the matter and a few words exchanged with Smith. Later, in his post-match press conference, when told that Smith had admitted his mistake, Kohli didn't accept it, saying other Australian players were looking to their teammates for guidance. Such action is not permitted.

"I saw the same thing twice when I was batting out there. I pointed it out to the umpire as well that it's happened twice, and I have seen their players looking upstairs (to the dressing room) for confirmation. And that is why the umpire was acting when Smith turned back. The umpire knew exactly what was going on," said Kohli.

"We had told the umpires and the match referee also, what they were doing, and it has been going on for three days. It has to stop because there is a line that you don't cross on the cricket field. Sledging is different. But I don't want to mention the (particular) word but it falls in that bracket. I would never do something like that on the cricket field," he added.

A visiting Australian journalist asked if the 'word' was cheating. Kohli replied, "I didn't say that. You did."

The third test begins in Ranchi on March 16.