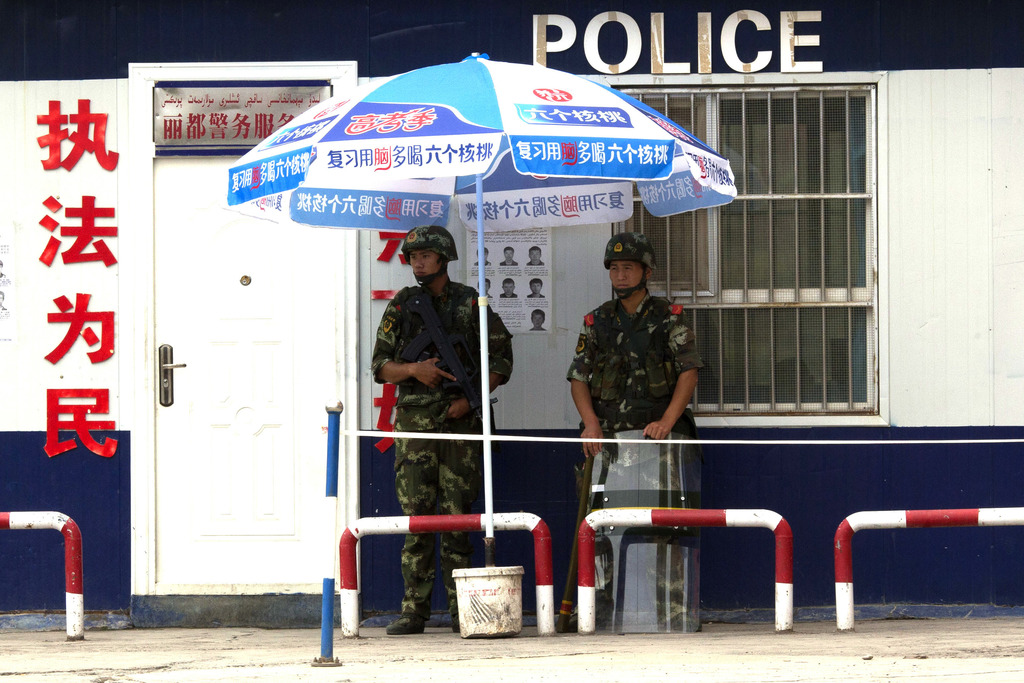 BEIJING (AP) — Authorities in China's western region of Xinjiang are offering high salaries and other benefits to recruit police in the restive area, which has experienced bloody attacks blamed on ethnic separatists.

The recruitment drive is the latest step to ramp up security in Xinjiang, where members of the native Uighur (WEE-gur) ethnic group have been blamed for deadly attacks on government targets and migrants from other parts of China.

A notice Tuesday on the website of the government of Kashgar city in Xinjiang said 3,000 male officers are being sought from throughout the country.

It offered monthly salaries beginning at 5,000 yuan ($724), well above the regional average, and assistance with accommodation and other needs. A 500 yuan ($72) monthly allowance for "maintaining stability" is also included.

Last month, Xinjiang authorities offered rewards of as much as $730,000 for tips on terrorist activity.

Hundreds have died in violence in recent years in Xinjiang, which borders Afghanistan and several unstable Central Asian states, though there have been fewer official reports of bloodshed in the past two years compared to 2014.

In the latest reported incident, eight people were killed, including three knife-wielding assailants, last month in Pishan county in southern Xinjiang. As in Kashgar, Uighurs form the majority in Pishan.

Authorities say, with little firm evidence, that the violence is inspired and directed by jihadist groups overseas and that Uighur militants have traveled to war zones to build ties with terror groups abroad.

Uighur activists say the minority group is increasingly frustrated by discriminatory hiring policies that favor Chinese migrants in their homeland and by the imposition of ever-tighter restrictions on Uighur culture and their practice of the Islamic faith.