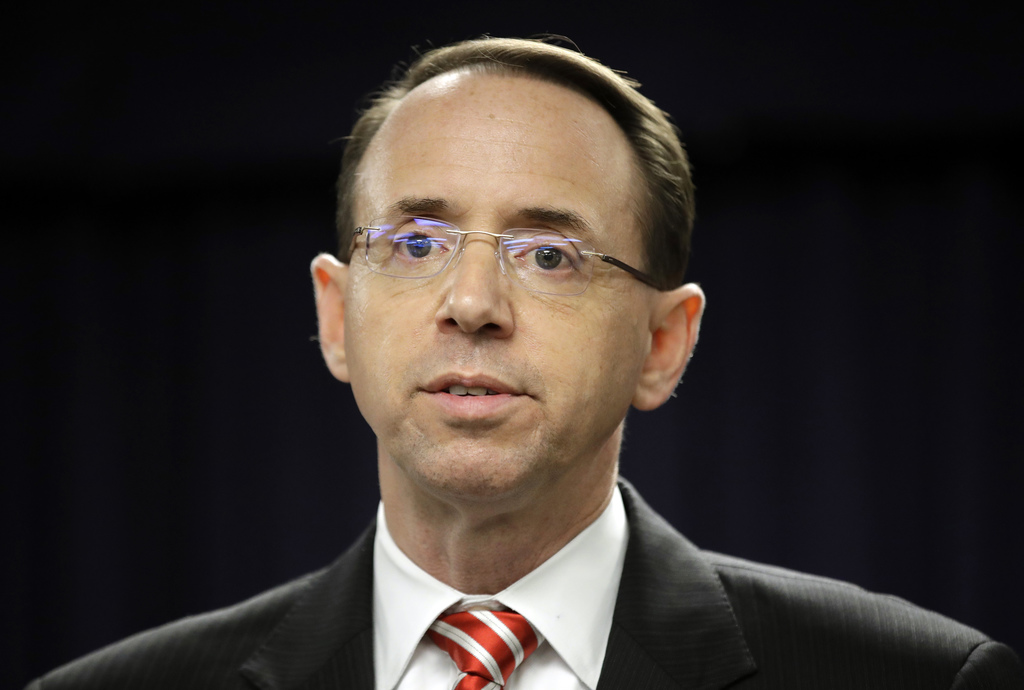 WASHINGTON (AP) — Longtime federal prosecutor Rod Rosenstein is expected to face questions about a federal investigation into Russian interference in the presidential election as he appears before Congress Tuesday for a confirmation hearing for the role of deputy attorney general.

That No. 2 person at the Justice Department handles day-to-day oversight of the department and its component law enforcement agencies.

Much of the questioning before the Senate Judiciary Committee is likely to focus on a commitment by Attorney General Jeff Sessions last week to recuse himself from any investigation involving the Trump campaign. The recusal followed revelations of two previously undisclosed contacts Sessions had last year with the Russian ambassador to the United States.

That would leave such a probe in the hands of Rosenstein, if he's confirmed, but some Democrats are demanding that the matter be turned over to a special prosecutor.

"I will use every possible tool to block the nomination of Rod Rosenstein to be Deputy Attorney General unless he commits to appoint independent special prosecutor," Sen. Richard Blumenthal, a Connecticut Democrat and Judiciary Committee member, said in a statement.

Committee chairman Charles Grassley, an Iowa Republican, said an independent counsel appointed by the Justice Department was not the best way to ensure transparency since there is no mandatory public report at the end of the process unless charges are filed.

"There are times when special counsels are appropriate," Grassley said in a statement. "But it's far too soon to tell here. And even if there were evidence of a crime related to any of these matters, once confirmed Mr. Rosenstein can decide how to handle it."

Rosenstein was appointed U.S. attorney for Maryland in the George W. Bush administration and served in the job for the entire Obama administration.