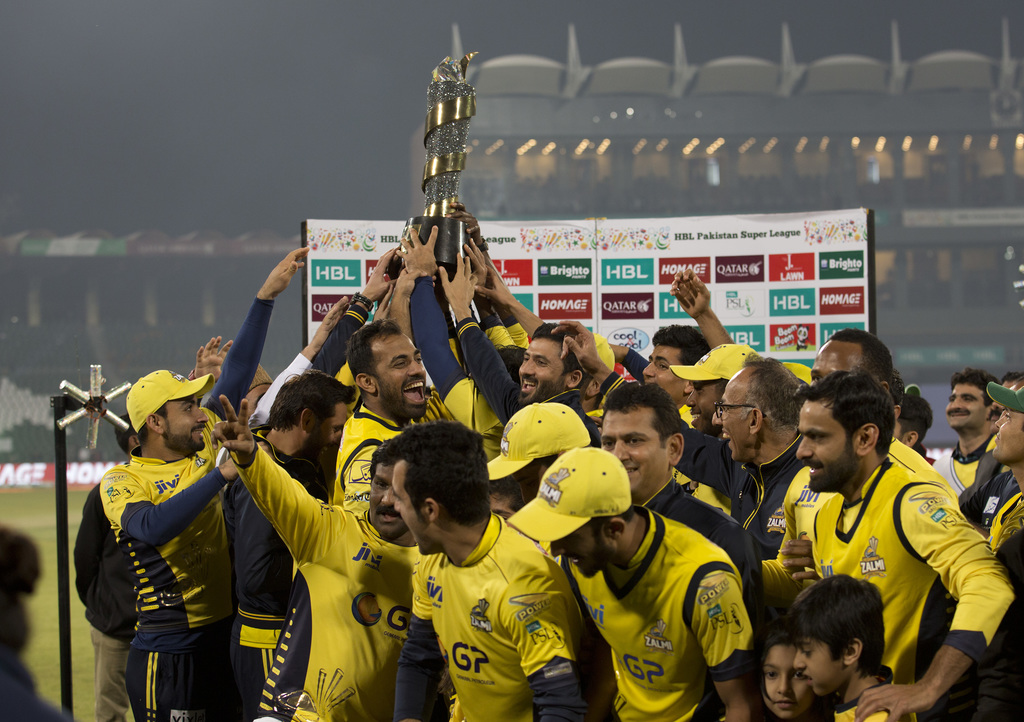 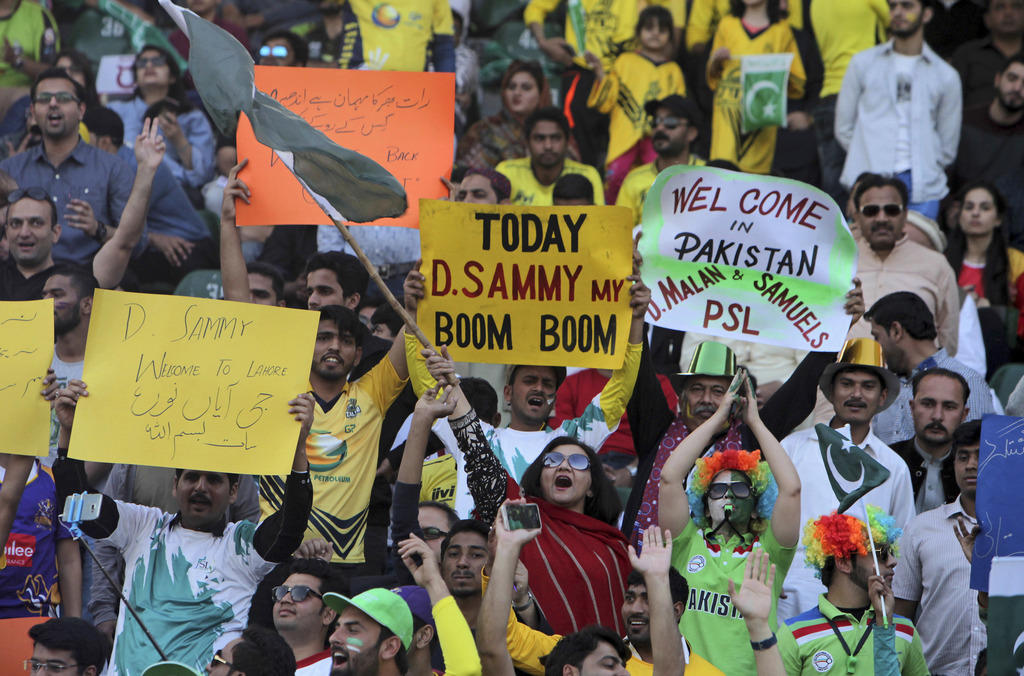 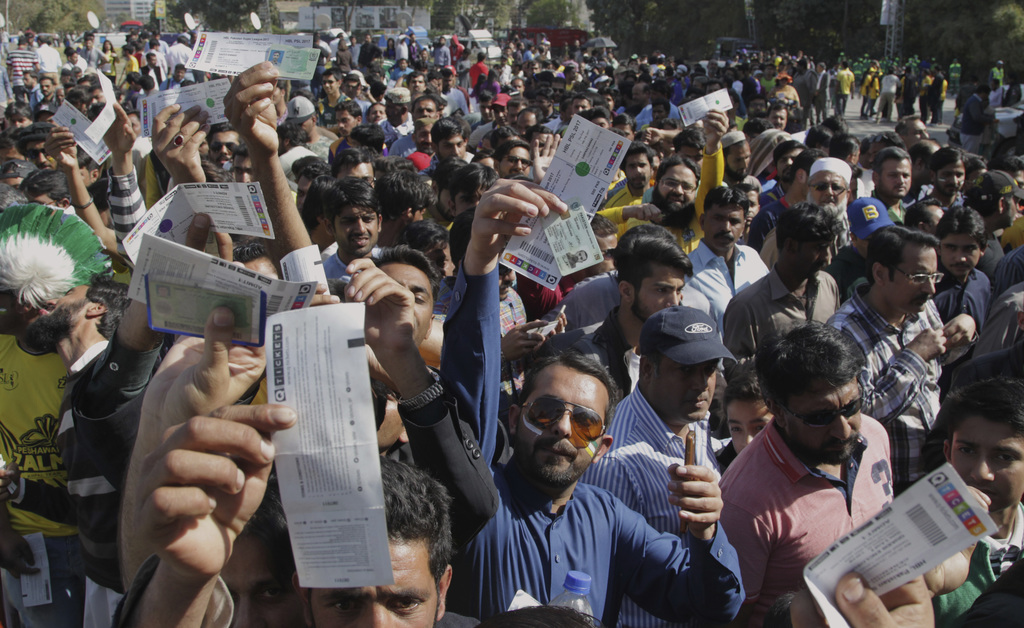 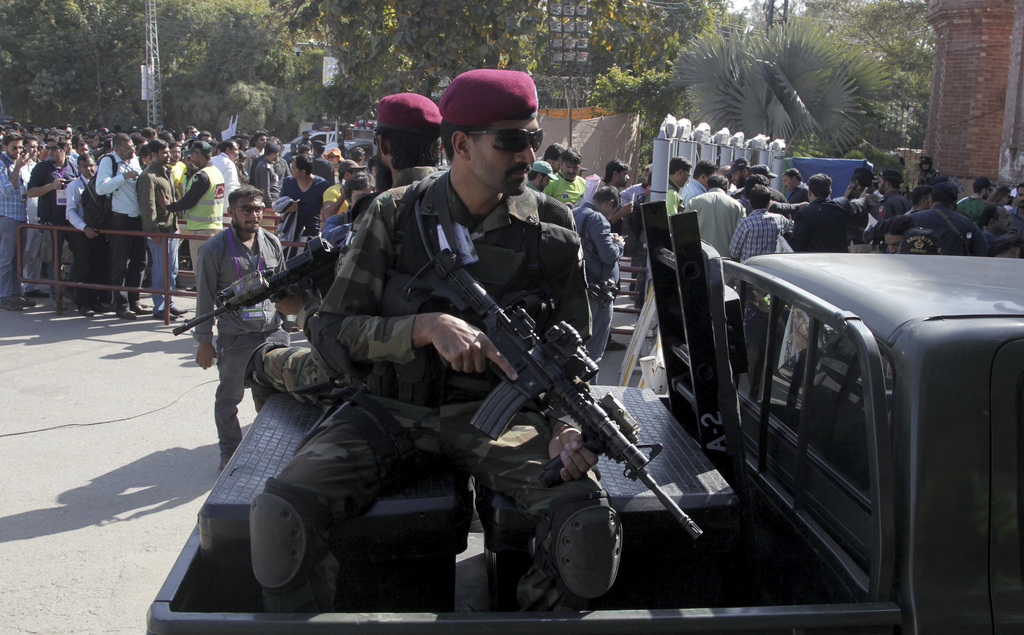 ISLAMABAD (AP) — Cricket officials in Pakistan are confident of hosting four Twenty20s matches against an international XI at Lahore in September after organizing a trouble-free Pakistan Super League final at the Gaddafi Stadium last Sunday.

Sethi said he has been in touch with England Cricket Board president Giles Clarke, who has congratulated his Pakistani counterpart Shaharyar Khan for successfully staging the PSL final and was reported as saying: "Very well played. We will be there in September."

Clarke, who also heads ICC's Task Force for Pakistan, has been working closely with the Pakistan Cricket Board for the planned series in September.

More than 8,000 police officers and soldiers guarded the surroundings of Gaddafi Stadium and the route both teams took to the stadium on the weekend.

Thousands of spectators peacefully cleared the three security checkpoints before taking their seats at 25,000-capacity stadium.

"To me it was more than just a game," Sammy had said after the final. "The fans here deserve to see their players playing as they haven't seen it for quite a while.

"I am glad I came here. Being here felt like playing in St. Lucia, playing in India or anywhere else in the world. And like I said at the toss, today I felt cricket was the winner."

Among the elite test-playing nations, Pakistan has hosted only lowly-ranked Zimbabwe — for a short limited-overs series — in the last eight years since an attack on the Sri Lanka team's bus as it traveled to a match in Lahore in 2009.

But PCB officials consider the successful organization of PSL final as the opening to convince other foreign teams to resume playing in Pakistan.