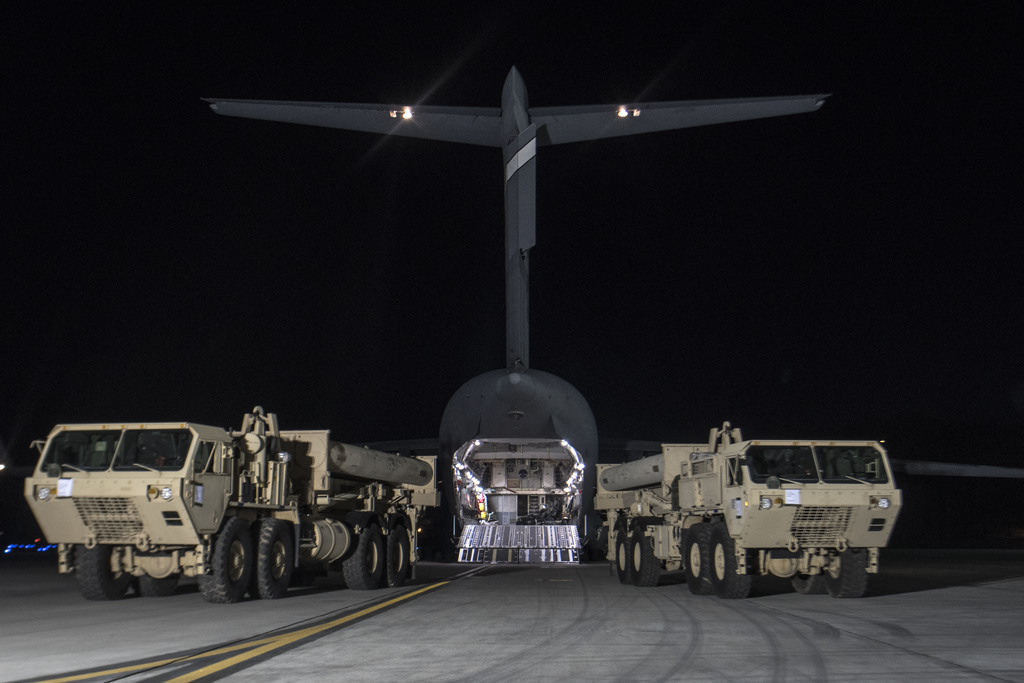 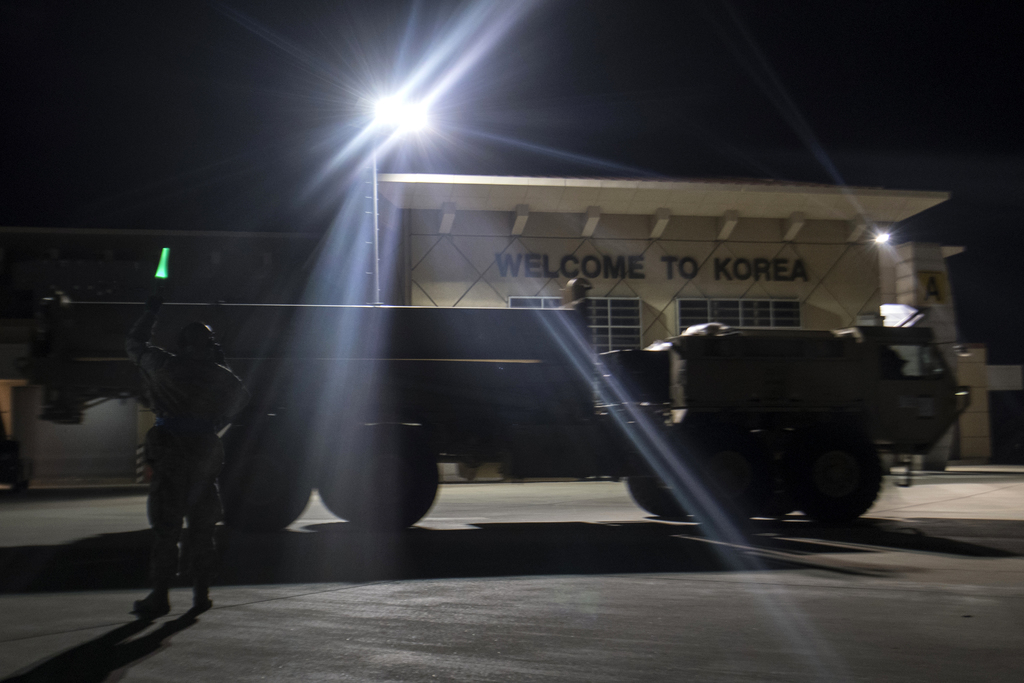 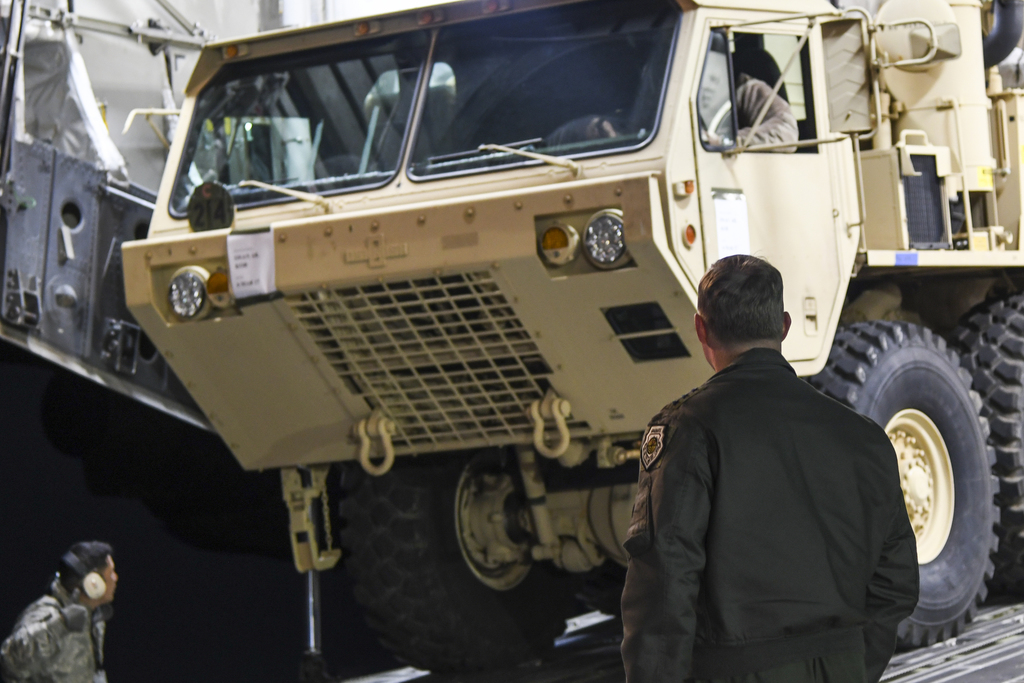 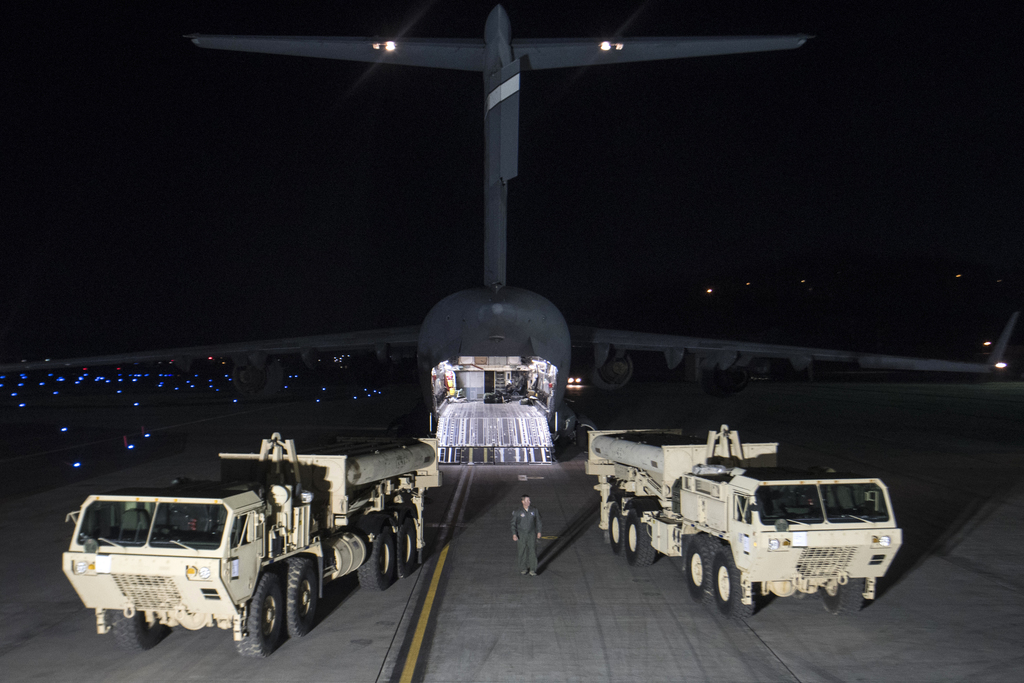 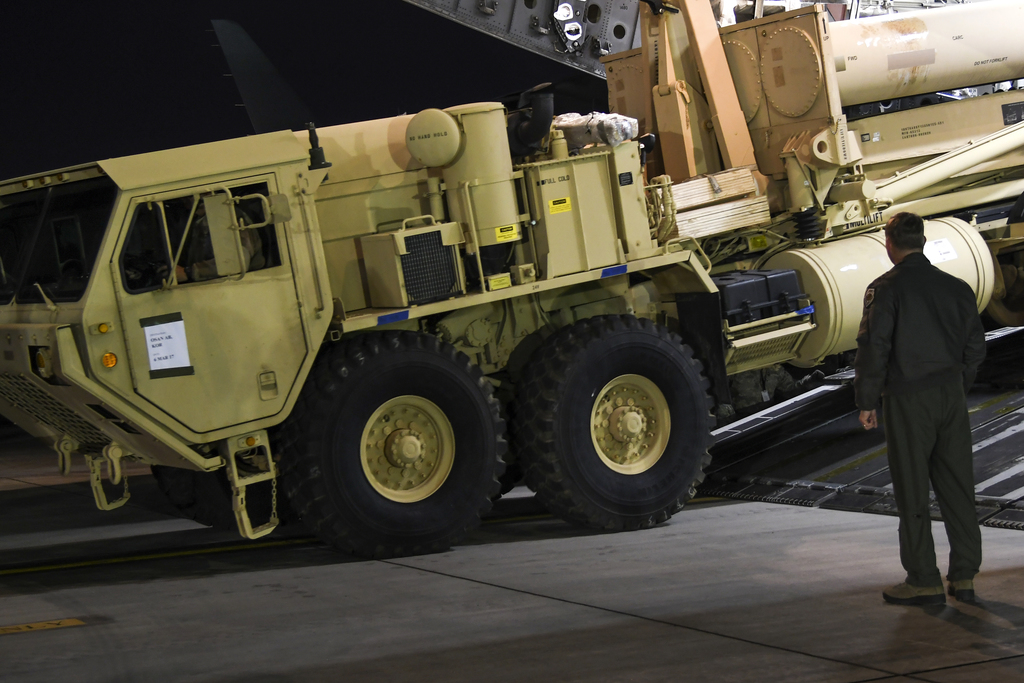 SEOUL, South Korea (AP) — U.S. missile launchers and other equipment needed to set up a controversial missile defense system have arrived in South Korea, the U.S. and South Korean militaries said Tuesday, a day after North Korea test-launched four ballistic missiles into the ocean near Japan.

The plans to deploy the Terminal High-Altitude Area Defense system, or THAAD, within this year have angered not only North Korea, but also China and Russia, which see the system's powerful radars as a security threat.

Washington and Seoul say the system is defensive and not meant to be a threat to Beijing or Moscow. The U.S. military said in a statement that THAAD can intercept and destroy short and medium range ballistic missiles during the last part of their flights.

"Continued provocative actions by North Korea, to include yesterday's launch of multiple missiles, only confirm the prudence of our alliance decision last year to deploy THAAD to South Korea," Adm. Harry Harris, head of the U.S. Pacific Command, said in the statement.

Some South Korean liberal presidential candidates have said that the security benefits of having THAAD would be curtailed by worsened relations with neighbors China and Russia.

China's condemnation of South Korean plans to deploy THAAD has triggered protests against South Korean retail giant, Lotte, which agreed to provide one of its golf courses in southern South Korea as the site of THAAD. The South Korean government also raised worries about a reported ban on Chinese tour groups visiting the country.

"By firing four missiles at once this time, the military confrontation between Pyongyang, Seoul and Washington escalates a notch," the paper said. "Noticeably, the Chinese public is angry that Pyongyang's nuclear program has provided an excuse for Seoul to deploy THAAD."

An official from South Korea's Defense Ministry, who didn't want to be named, citing office rules, said that the equipment that arrived in South Korea included launchers, but didn't confirm how many.

While South Korea's media speculate that the THAAD deployment could be completed by as early as April, the ministry official couldn't confirm those reports. The official said that the plan was to have the system operational as soon as possible.

On Monday, North Korea fired four ballistic missiles in an apparent protest against ongoing U.S.-South Korean military drills that it views as an invasion rehearsal. The missiles flew about 1,000 kilometers (620 miles) on average, three of them landing in waters that Japan claims as its exclusive economic zone, according to South Korean and Japanese officials.

The North's state media on Tuesday said leader Kim Jong Un supervised a ballistic rocket launching drill, a likely reference to the four launches reported by Seoul and Tokyo. Involved in the drills were artillery units tasked with striking "U.S. imperialist aggressor forces in Japan," according to the Korean Central News Agency.

There was pride and defiance among the elite citizens who live in North Korea's showcase capital, Pyongyang.

"If the U.S. imperialists and their South Korean puppets shoot even just one spark into our sovereign territory, we will completely destroy those aggressors, without any mercy, with our invincible Hwasong artillery, which are loaded with nuclear warheads," Sim Chol Su, echoing the propaganda often found in state media, told The Associated Press.

North Korea uses "Hwasong" to describe a broad range of its ballistic missiles, including Scuds and the mid-range missiles that are referred to as Rodong and Musudan by outside analysts.

South Korea's Joint Chiefs of Staff said that the missiles fired by the North were believed to be "improved versions" of Scud missiles. South Korean experts say North Korea's extended-range Scuds and mid-range Rodong missiles are capable of hitting Japan, including U.S. military bases in Okinawa.

Kim "ordered the KPA (Korean People's Army) Strategic Force to keep highly alert as required by the grim situation in which an actual war may break out anytime," a KCNA dispatch said.