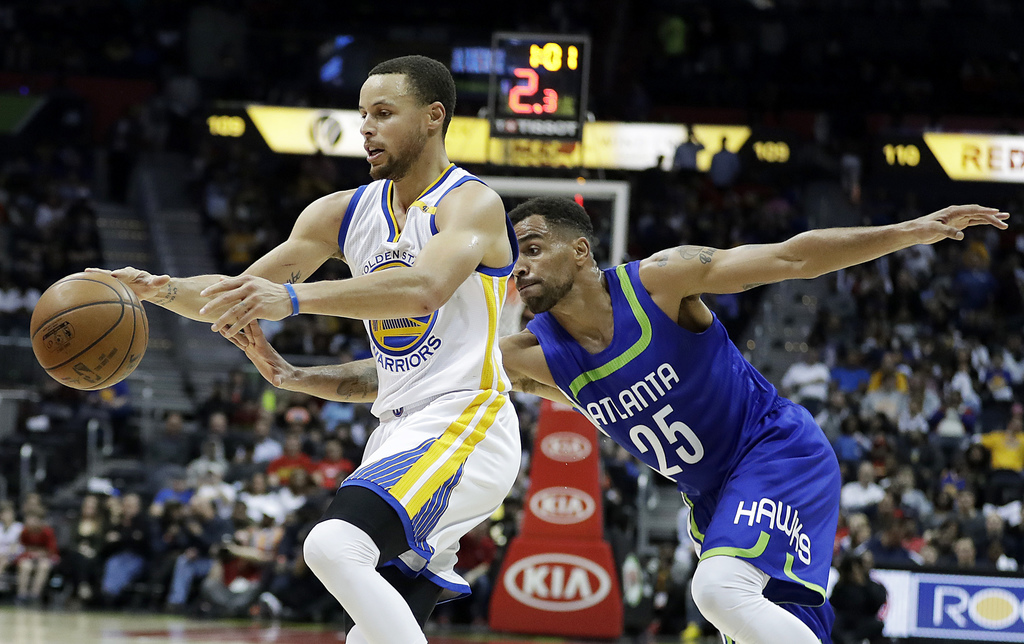 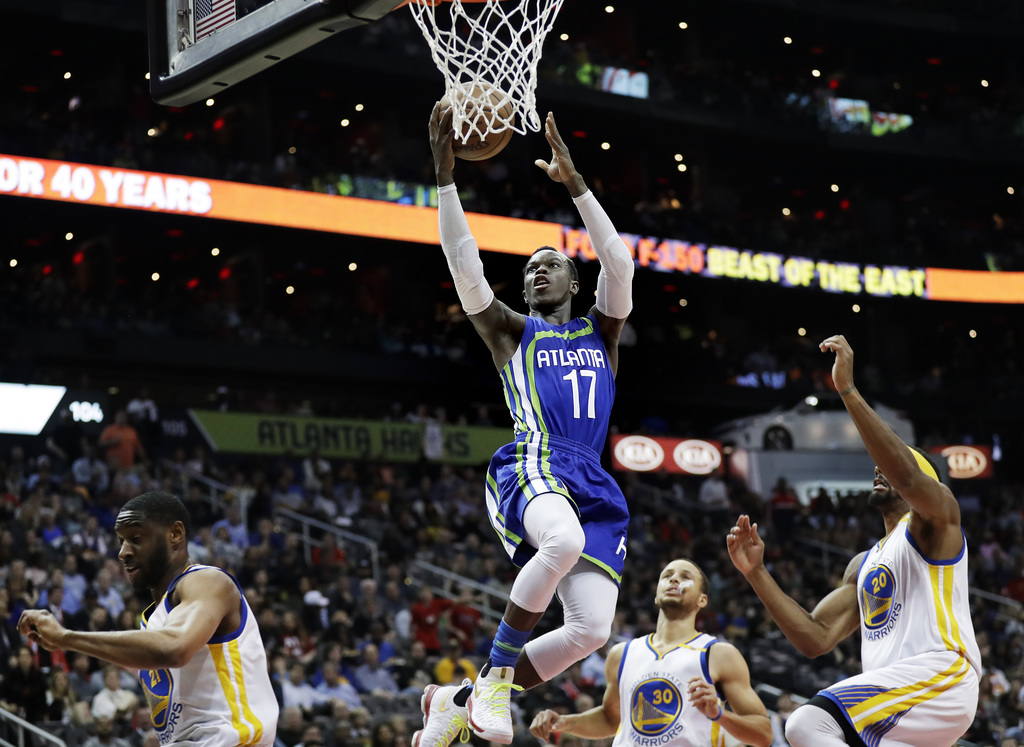 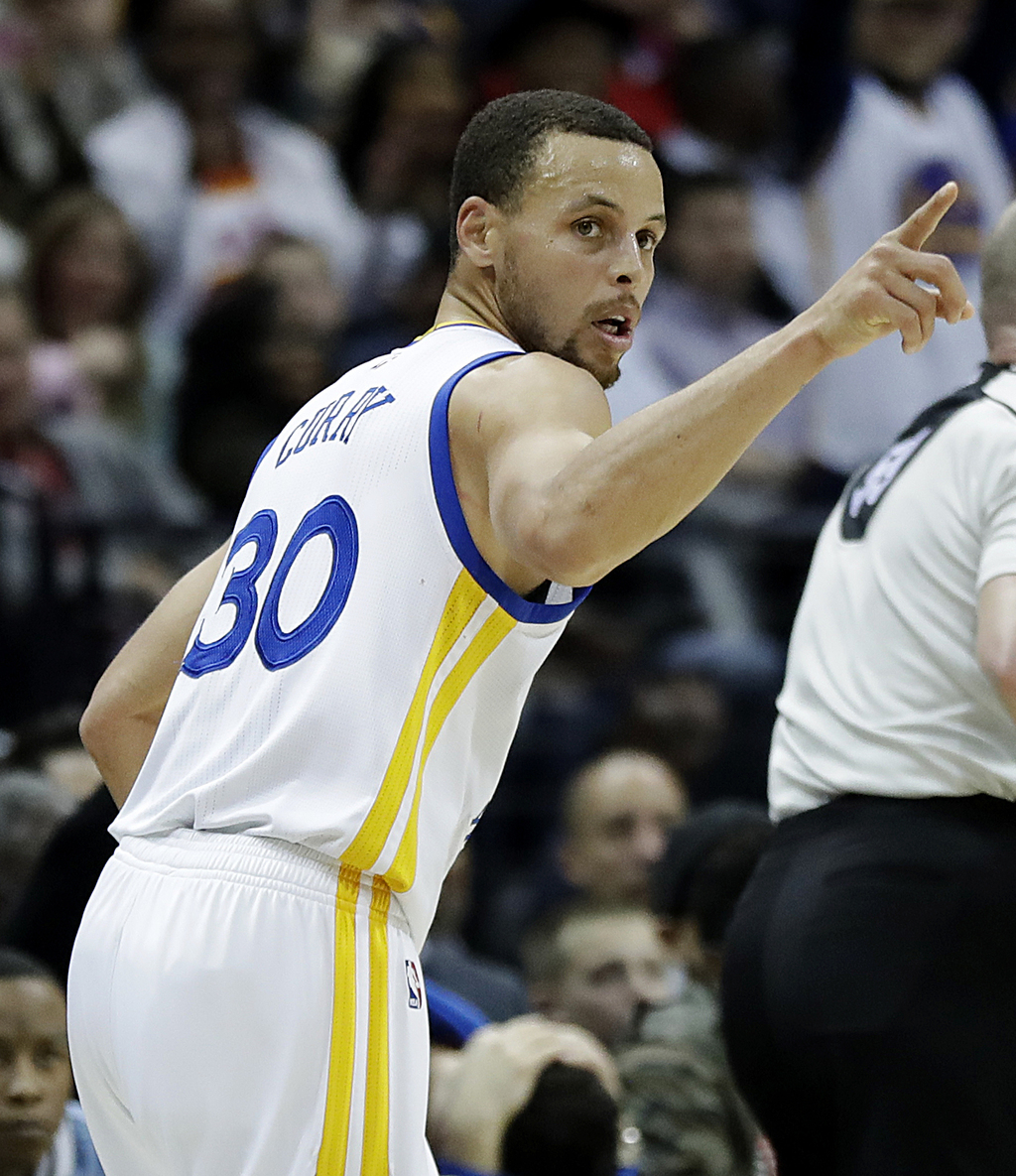 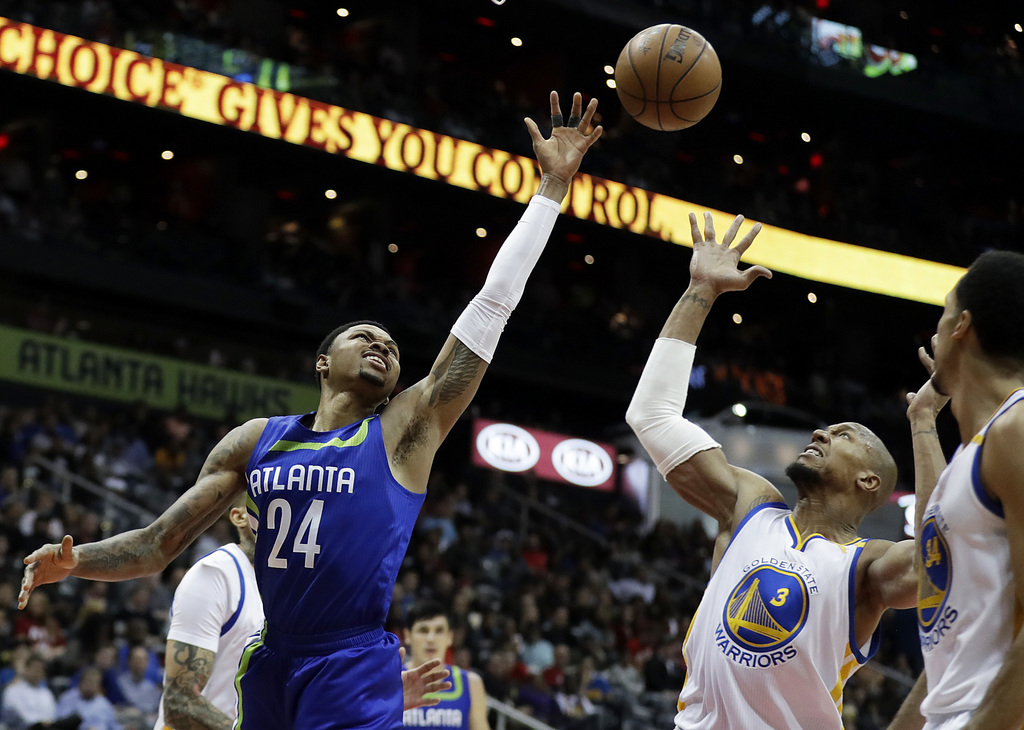 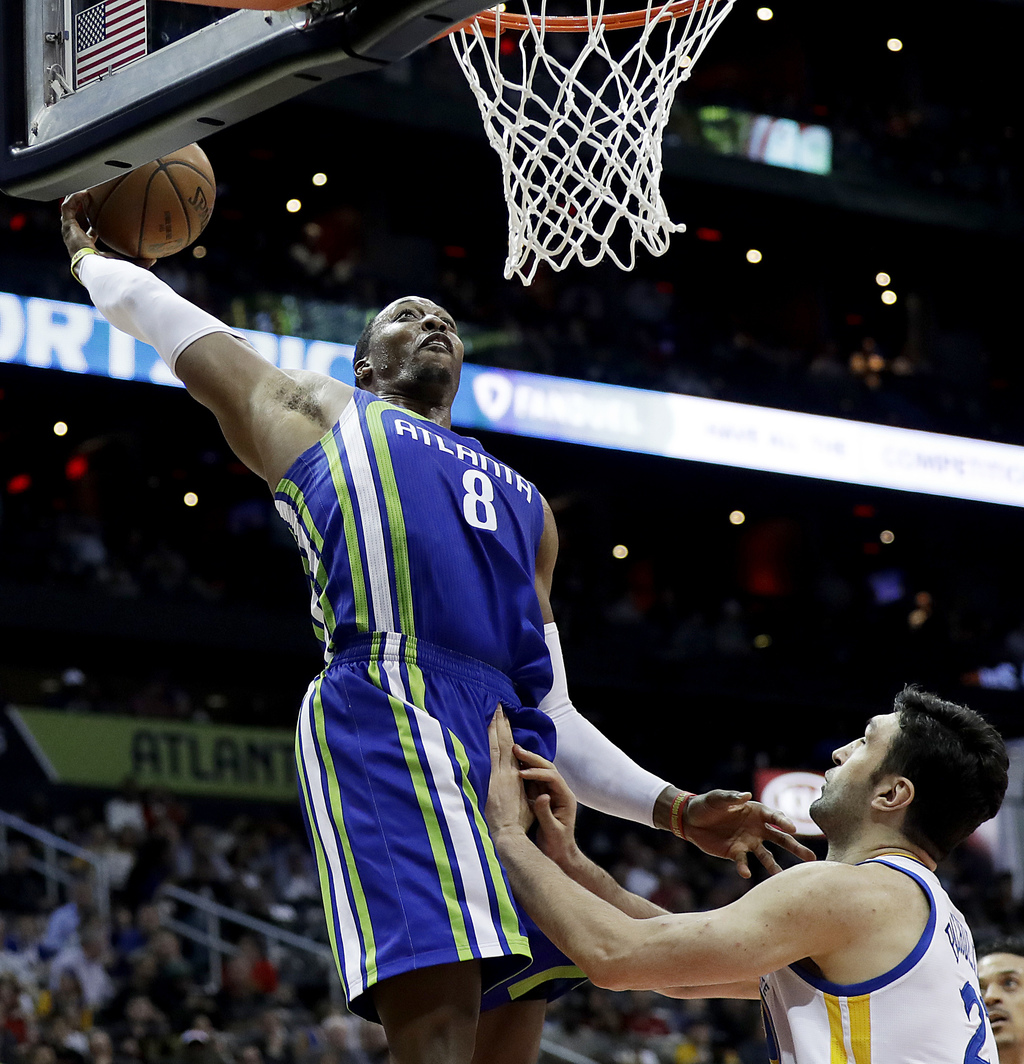 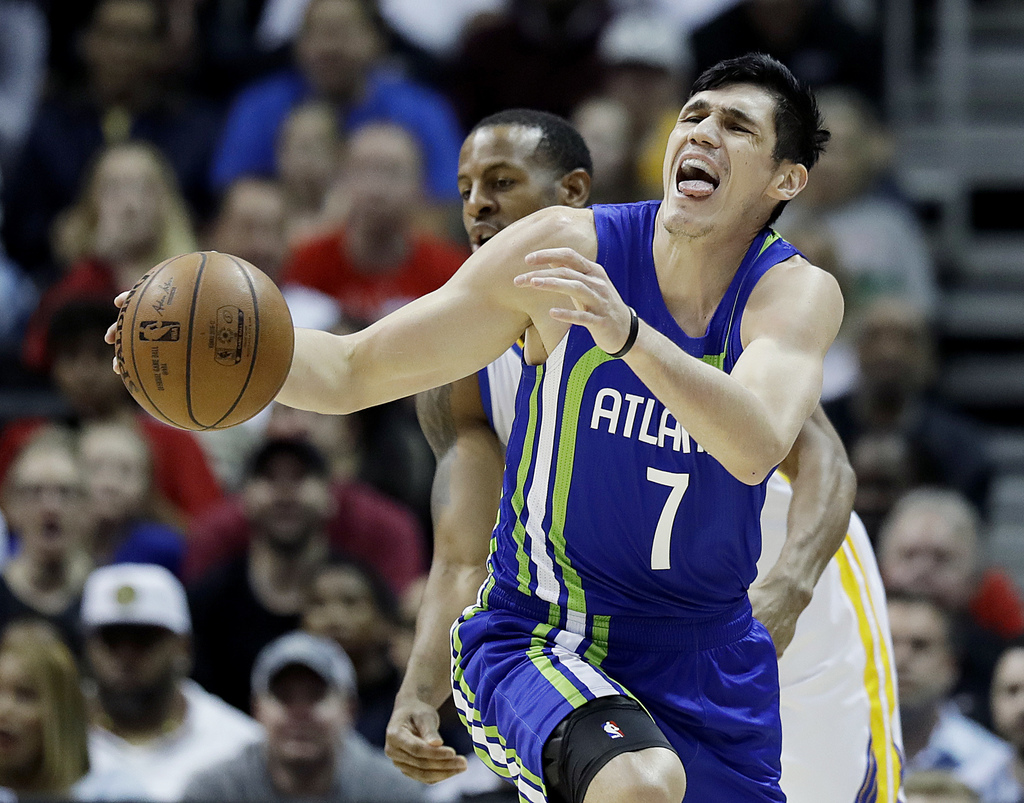 ATLANTA (AP) — The Golden State Warriors won on an off night for the Splash Brothers.

The Atlanta Hawks couldn't overcome the benching of their point guard.

Andre Iguodala scored a season-high 24 points to carry the Warriors to a 119-111 victory Monday over the Hawks, whose chances were ruined by an argument on the court that led to Dennis Schroder sitting most of the second half.

Bouncing back from their first regular-season losing streak in nearly two years, the Warriors won for the second day in a row without Kevin Durant, who is out indefinitely with a left knee injury.

Stephen Curry had 24 points on 8-of-20 shooting, while Klay Thompson was held to 13 after a scoreless first half. But Iguodala and the Warriors bench picked up the slack, outscoring the Atlanta reserves 55-37.

Schroder led the Hawks with 23 points — 19 coming in the first quarter, the highest-scoring period of his career. But he went to the bench with 8:41 left in the third quarter after having words with teammate Dwight Howard over an errant pass, leaving Curry open for a 3-pointer.

Coach Mike Budenholzer pulled Schroder out of the game, and he didn't return to court.

Schroder was clearly miffed by the move, especially with the Hawks going on to their sixth loss in the last eight games.

"I don't understand Coach's decision," he said. "Maybe I'm too competitive. I'm just trying to be competitive, trying to win games. But I don't get that one."

Budenholzer was tight-lipped about his handling of Schroder, a highly talented 23-year-old who already served a one-game suspension for returning late to the team after the All-Star break.

"Just a coach's decision," Budenholzer said. "We need to learn to play together and stay together for 48 minutes."

Led by Schroder, the Hawks raced to a 42-35 lead in a run-and-gun first quarter — matching their highest-scoring period of the season. Atlanta was still ahead 66-61 at the half, but it was clear the home team had missed a chance to push the margin even higher.

Thompson was scoreless over the first two quarters, missing his only two shots while picking up three fouls. Draymond Green also spent extended time on the bench with three fouls. Curry had just seven points on 2-of-6 shooting.

But the Warriors got it going in the second half, and the Hawks faded down the stretch without their point guard.

"We got to figure it out, me and Coach," Schroder said. "I want to talk about it. Dwight's got to be in there, too. Get on the same page. Then we'll be all right."

"It happens during the course of the game," he said. "It just cost us a 3. We've got to make sure we nip it in the bud quick and move on to the next play."