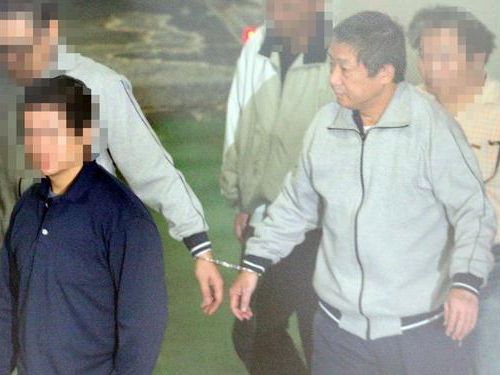 TAIPEI (Taiwan News) – A former Air Force officer who was once involved in a direct confrontation with China was charged Tuesday with passing on military secrets to a Chinese agent.

Zhen traveled to Taiwan as a tourist and contacted serving and retired military officers whom he offered trips to Southeast Asia and other enticements in return for secrets, investigators said.

The Taipei District Prosecutors Office said Tuesday it was indicting Ko and Lou for leaking secrets under military law, though it did not specify which kind of confidential information had been passed on.

In 1990, Ko was one of four F-104G pilots involved in a tense confrontation with Chinese fighters over the Taiwan Straits, the Chinese-language Apple Daily reported Tuesday.

Two RF-104G reconnaissance planes flew in the direction of China’s province of Zhejiang on a mission to take pictures of the airport at Luqiao when they were intercepted by a Chinese Shenyang J-8 fighter.

The four F-104G Starfighters which had accompanied the Taiwanese reconnaissance planes from Hsinchu Air Force Base were close to firing their missiles during the standoff, forcing the Chinese jets to back off, the Apple Daily reported.

After Zhen was sentenced last year, prosecutors continued their investigation into serving and retired Taiwanese officers who might have participated in his spying activities, and they came up with Ko and Lou, who had been passing information on to an Air Force officer named Liu Chi-ju (劉其儒), who acted as a middleman for Zhen, reports said.

Last year, retired Army Major General Hsu Nai-chuan (許乃權), a former candidate for Kinmen County magistrate, was sentenced to two years and ten months for participating in Zhen’s scheme. Hsu was the highest-ranking army officer ever to be prosecuted for a national security-related offense.