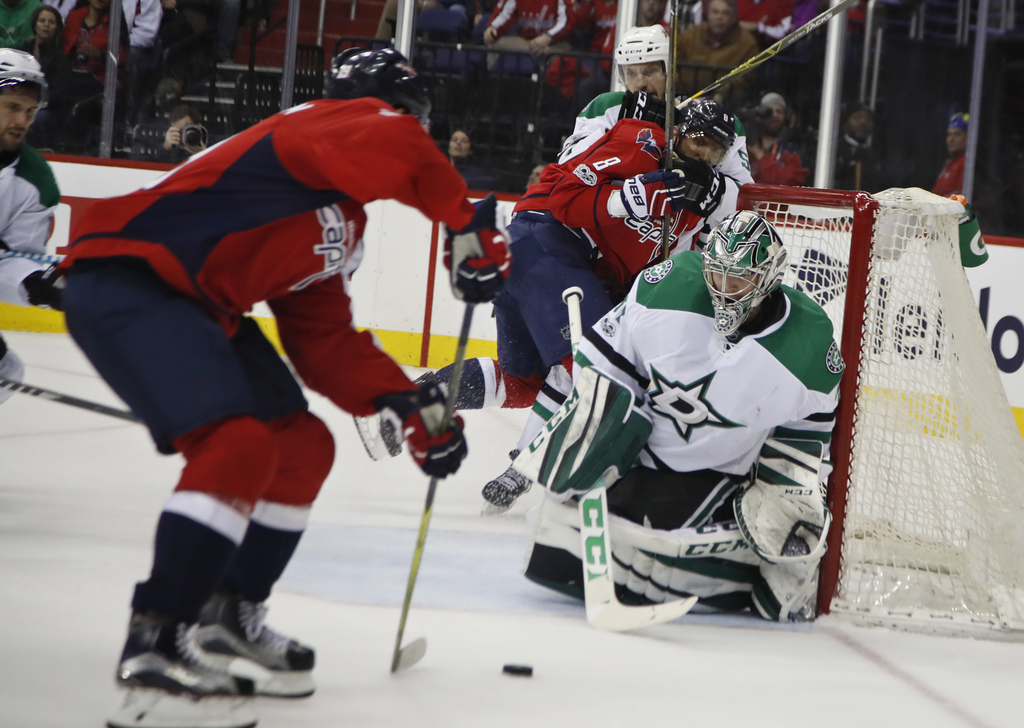 WASHINGTON (AP) — Kari Lehtonen made 42 saves and Devin Shore, Radek Faksa and Jason Spezza scored as the Dallas Stars continued their puzzling domination of the Washington Capitals with a 4-2 victory Monday night.

Despite struggling this season, Dallas extended its point streak in the series to 12 games and won for the sixth consecutive time in Washington.

The NHL-leading Capitals' home winning streak snapped at 15 and their point streak at 17. Despite Nicklas Backstrom's 21st goal and T.J. Oshie's 25th, they lost in regulation at home for the first time since Dec. 17 and in any fashion at home since Dec. 29.

The Stars chased reigning Vezina Trophy-winning goaltender Braden Holtby with three goals on 11 shots and haven't lost in regulation to the Capitals since 2006.

Raanta got his third shutout of the season.

Vasilevskiy stopped 33 shots and Tampa Bay, 8-2-3 over the past 13 games, moved within two points of New York Islanders for the final wild-card spot in the Eastern Conference.

The Rangers failed to score on three power plays, and are 1 for 36 over the past 14 games. Tampa Bay, with NHL's third-best power play, went 0 for 6.

Joe Thornton assisted on Pavelski's empty-net goal to give him 1,000 assists.

Aaron Dell stopped 31 shots in his 14th game for the Sharks.

Pavelski opened the game's scoring with his 22nd goal and Mikkel Boedker also had a goal for San Jose, which was coming off a 3-1 loss Sunday in Minnesota.

Josh Morrissey scored for the Jets in the first period and Mark Scheifele scored his 28th of the season with seven seconds left in game.

Connor Hellebuyck made 27 saves in his 11th straight start for Winnipeg.

Patrice Bergeron and Brad Marchand scored for the Bruins. Tuukka Rask made 25 saves.

Ottawa has a four-point lead on the Bruins in the Atlantic Division. Ottawa took a 3-1 lead early in the third as Hoffman scored his 20th on the power play. It was Ottawa's first goal with the man advantage in three games.

The lead was short-lived as less than two minutes later, the Bruins scored on the power play as Marchand picked up David Pastrnak's rebound to score his 30th, giving him back-to-back 30-goal seasons.