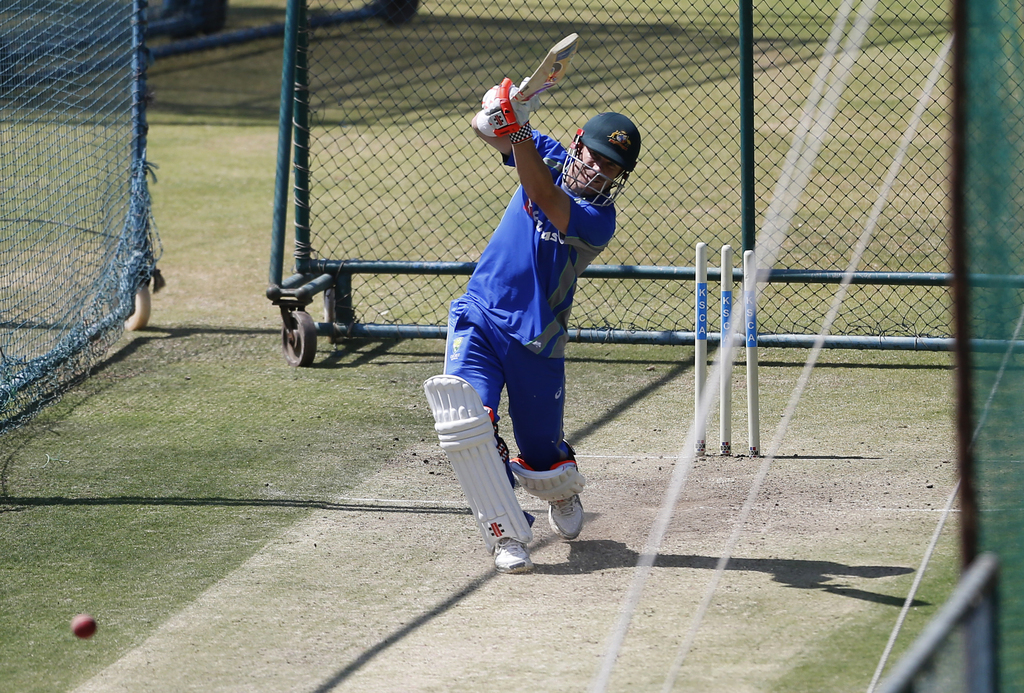 LONDON (AP) — The so-called Guardians of Cricket have settled on a new code of laws that will limit the thickness of bats and provide penalty runs for bad behavior, with the changes set to be introduced Oct. 1.

After lengthy debate over the increasing dominance of bat over ball, the Marylebone Cricket Club on Monday released regulations on the width and thickness of the bats. The changes will start at the professional level and be phased into amateur cricket.

It means the likes of Australian opening batsman David Warner will have to rely on a bat with a significantly thinner spine than he has been using in recent seasons. The size of bats has become more of an issue since the advent of Twenty20 cricket, where batters attack the ball from the first over of the game.

A bat gauge will be used to ensure that the new limits are adhered to in the professional game. Umpires already have small gauges to test the shape of the ball, which must be a certain weight.

The new edition of the Code of Laws, the first since 2000, will be formally released on March 20.

John Stephenson, the MCC's head of cricket, said the game had evolved significantly over the last 14 years and it was time to rewrite some laws rather than keep making amendments.

"We felt the time was right for a new code to tidy up many of the piecemeal changes made since 2000," Stephenson said. "The bat size issue has been heavily scrutinized and discussed. We believe the maximum dimensions we have set will help redress the balance between bat and ball, while still allowing the explosive, big hitting we all enjoy."

Other law changes involved the handling of run outs and gave umpires more discretion to penalize players for poor on-field behavior, including excessive appealing, making contact with players or officials or intimidation.

A batter will no longer be deemed run out if he or she has touched down across the crease and the bails are dislodged while the bat bounces. Changes will also make it easier for a bowler to run out a batter at the non-striker's end before the ball is bowled.

Umpires will be increased power to sanctions players immediately depending on the severity of the bad behavior, with levels of punishments ranging from a warning, to the awarding of five penalty runs to the opposing team or temporary or permanent removal of a player from the game.

"We felt the time had come to introduce sanctions for poor player behavior," Stephenson said. "Research told us that a growing number of umpires at grass roots level were leaving the game because of it.

"Hopefully these sanctions will give them more confidence to handle disciplinary issues efficiently, whilst providing a deterrent to the players."