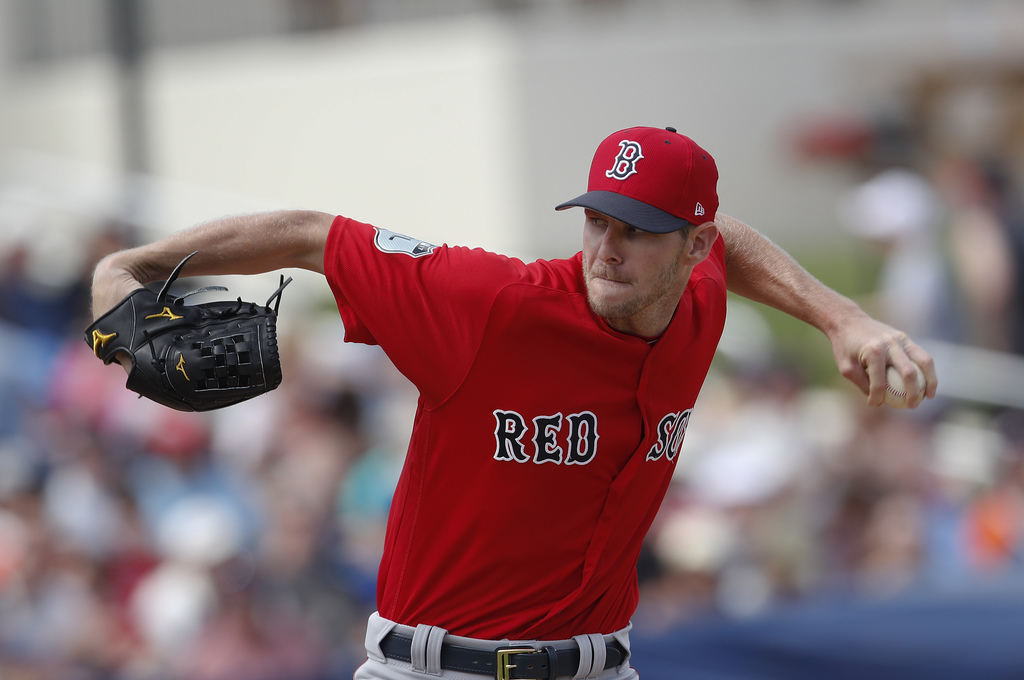 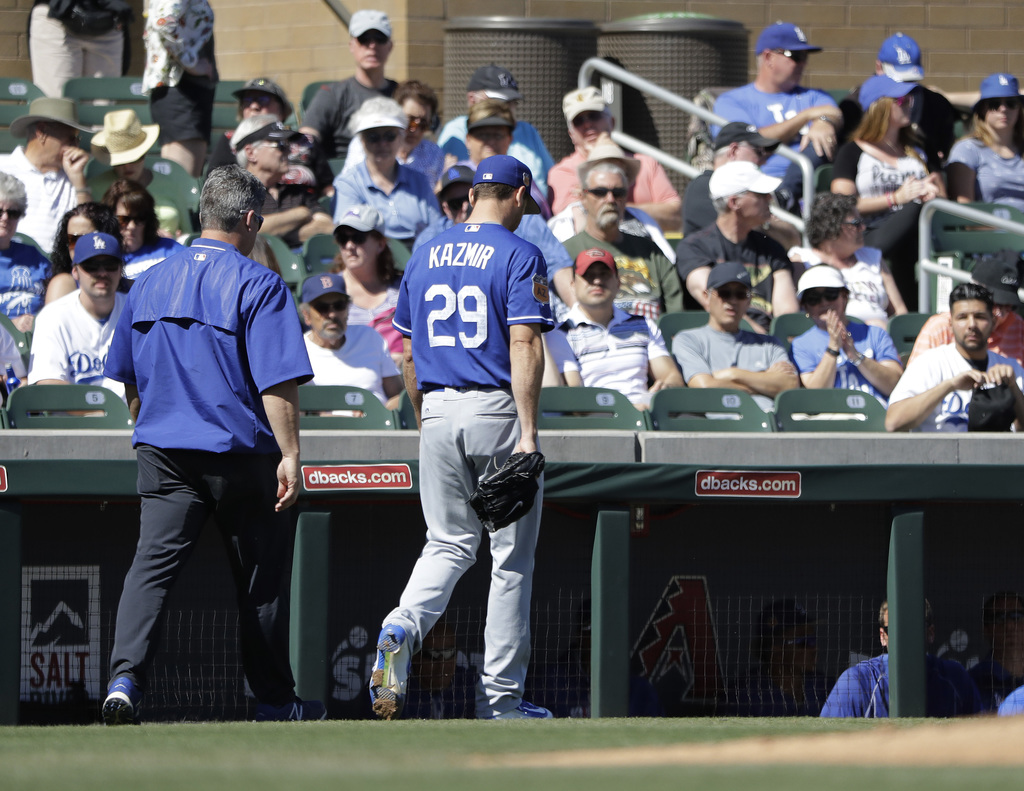 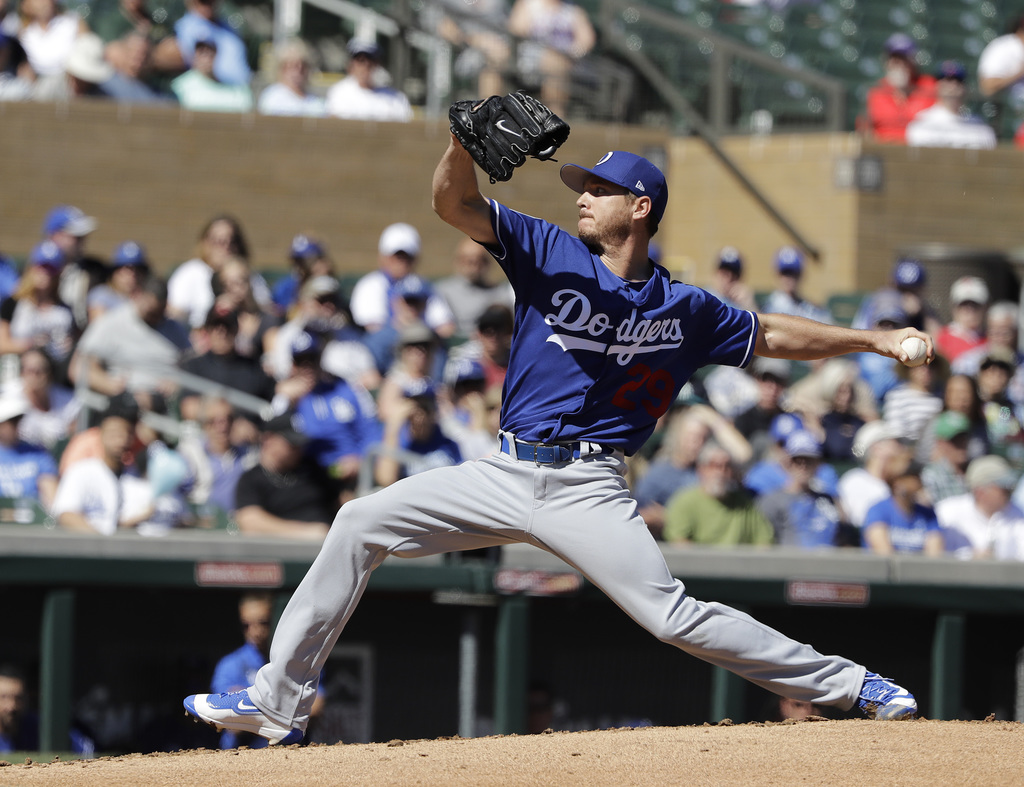 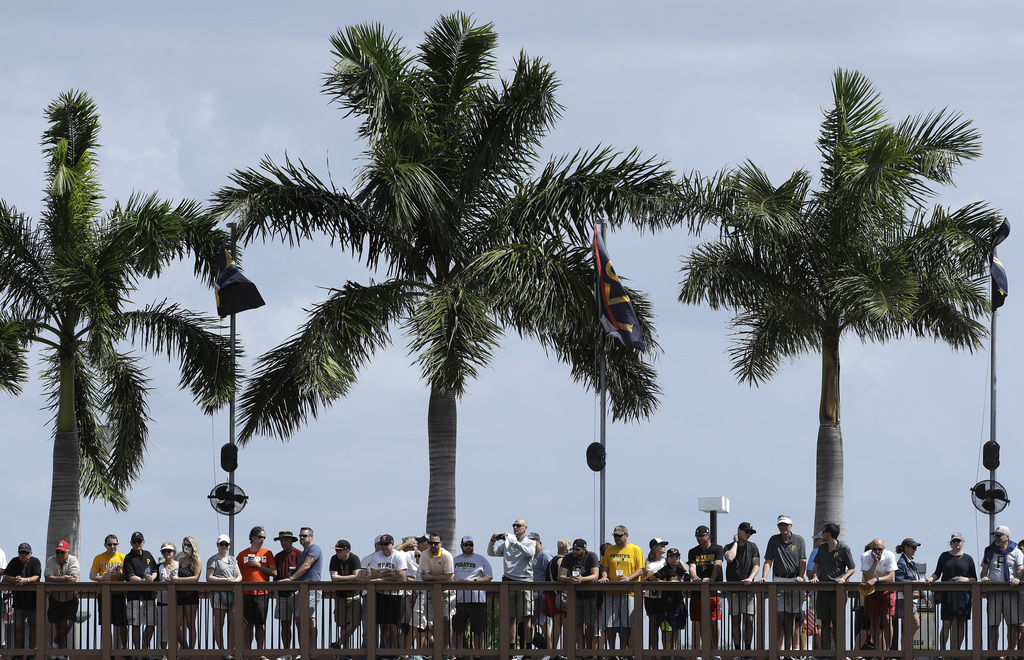 Acquired from the Chicago White Sox in December, the dominant lefty gave up two runs, one of them earned, in two innings Monday against Houston.

"Happy? I don't know," he said. "I got some good work in. I'm not a fan of sitting here and saying spring training doesn't matter. You still want to get results."

Boston manager John Farrell had Sale set to go three innings. But after 37 pitches in two innings, Farrell decided the debut was over.

"I understand why, I mean I racked up a pretty good amount of pitches, which is another thing I'd like to get down," Sale said.

The scoreboard radar gun showed Sale's fastball hitting 97 mph a couple times during the first inning. He struck out two.

"I was a little surprised to see the velocity he had in his first outing," Farrell said. "In a way you kind of think it's a high number for this early in camp, but you can't tell a strong competitor to back off."

The Red Sox traded three minor leaguers and highly touted Yoan Moncada to the White Sox for Sale, a five-time All-Star and the 2015 AL strikeout king.

"I think every player we have has got a certain amount of scrutiny just because it's Boston," Farrell said. "Independent of developments on our roster, health wise or other, Chris Sale is going to draw a lot of attention. Based on what we know of him, I think he'll handle this environment well."

Beltre played his third game in four days Monday after missing the first week of exhibition games because of a strained left calf, an injury sustained working out at home before reporting to camp.

The 37-year-old Gold Glover planned to stay in Arizona with the Rangers as long as he could to get treatment and more at-bats before joining the defending champion Dominicans in Miami for their opener Thursday.

Dodgers lefty Scott Kazmir exited after his first pitch of the second inning against Colorado because of tightness on his left side.

The 33-year-old Kazmir said he felt out of sorts during his pregame warmup and the first inning. He was 10-6 with a 4.56 ERA in 26 last starts last season, his first with the Dodgers, struggling with mechanics and flexibility because of injuries.

"The frustration is through the roof right now," he said after his second spring training start. "I've been dealing with this for a while now. With all the treatment and exercises I do and to be in this spot right now is definitely a head scratcher."

AROUND THE GRAPEFRUIT AND CACTUS LEAGUES:

Hanley Ramirez went 1 for 3 as Boston's designated hitter. His right shoulder injury has cleared to the point where he's in the early stages of a throwing program, but there is no word on when can play first base.

Baltimore starter Dylan Bundy struck out three in three shutout innings. Johnny Giavotella had an RBI single in the third to start a six-run burst.

Mike Pelfrey pitched 2 1/3 innings and allowed six hits and five earned runs. He has worked 3 2/3 innings this spring and has a 7.36 ERA.

Cardinals reliever Ryan Sherriff allowed the winning run in the 10th on a single by Chris Gimenez.

New York starter Bryan Mitchell was ineffective, allowing four earned runs in 2 1/3 innings. He is competing for a spot in the rotation.

Robbie Ray started and went three scoreless innings for the Rockies. David Peralta had a pair of RBI singles.

Alex Gordon had two hits for Kansas City. Nathan Karns, obtained from the Mariners for outfielder Jarrod Dyson, worked into the fourth inning in the start, allowing two runs.

Three-time All-Star Jered Weaver pitched two innings and gave up one run. He signed with the Padres last month after 11 seasons with the Angels.

Matt Cain gave up two runs in 3 1/3 innings. He is competing for the final spot in the Giants' rotation.

Newcomer Aaron Hill had an RBI double for San Francisco.