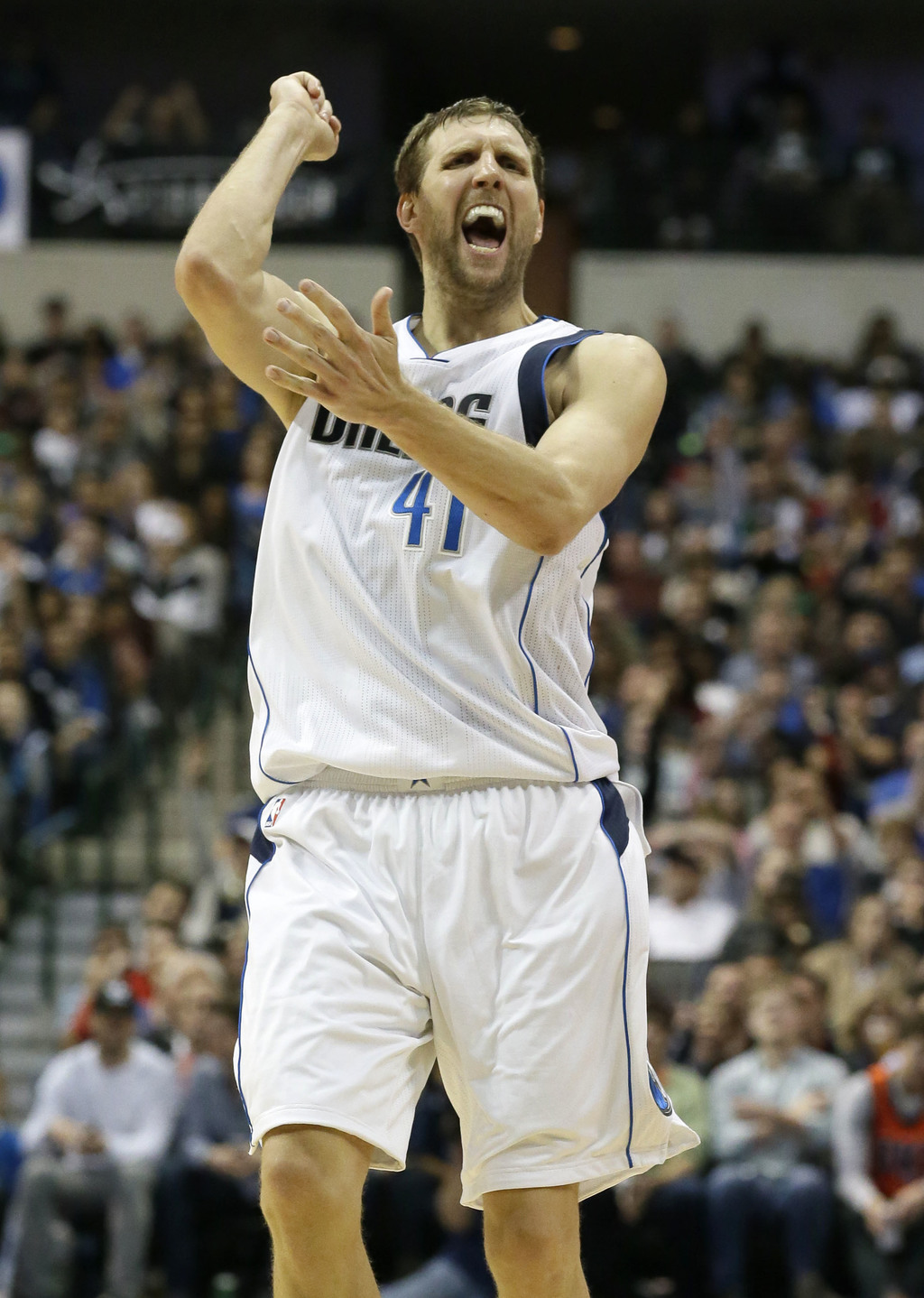 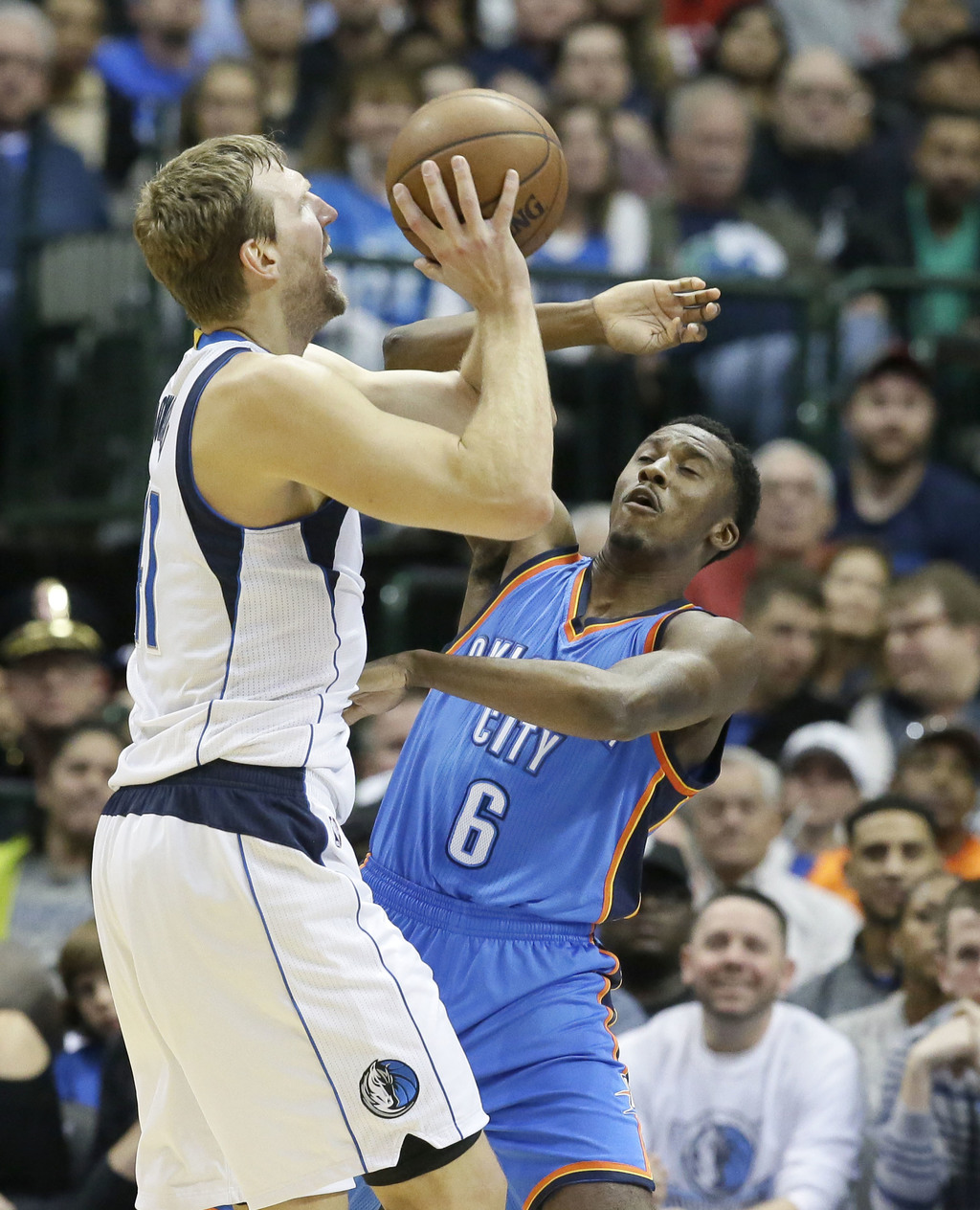 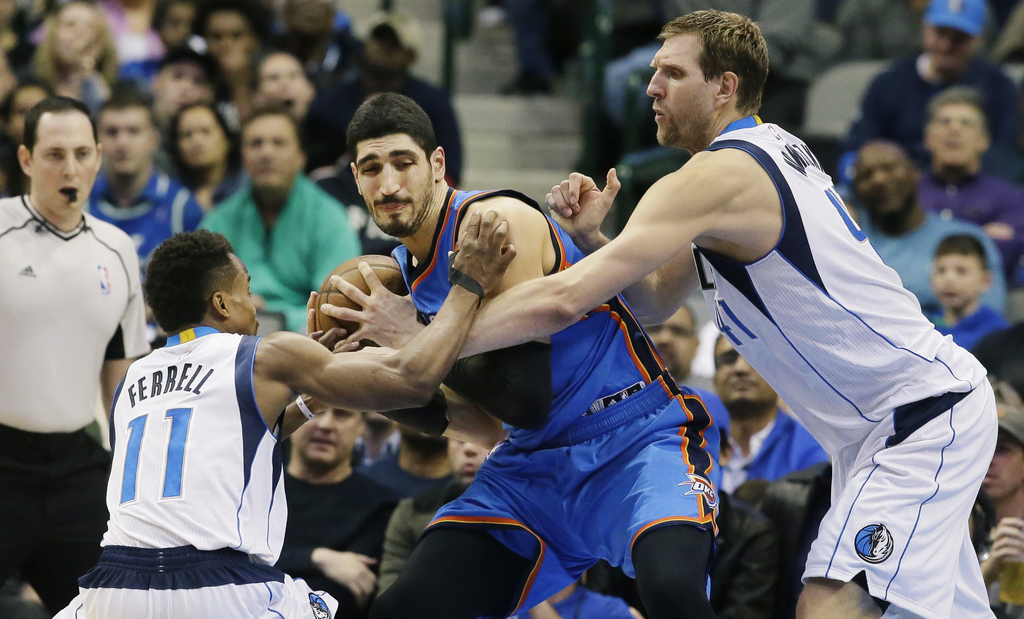 DALLAS (AP) — Dirk Nowitzki chuckled at the memory of he and Steve Nash trying to sneak in a few shots between YMCA games inside the closest thing the Dallas Mavericks had to a practice facility nearly 20 years ago.

He also recalled a trying rookie season with the Mavericks that was compressed by a lockout, playing on three consecutive nights as a teenager and sometimes sitting out the entire game even when healthy for one of the worst franchises in pro sports.

The 38-year-old German can smile about it all now because he sits on the cusp of an exclusive club , needing 20 points Tuesday night against the Los Angeles Lakers to join four Hall of Famers and a future one, Kobe Bryant, as the only NBA players with 30,000 points. Julius Erving reached that milestone with his ABA career included, while Nowitzki will be the first international player in the group.

"There was some doubt creeping in," said the bearded father of three, recalling the baby-faced version with floppy bangs. "I'm glad I stuck with it and tried to get better. I'm glad we grinded it, barely took any time off in the summer, always trying to add something."

Nash retired three years ago, forced out by back issues that limited him to 15 games his final season. Nowitzki looks better every day in his 19th season after being slowed early by a sore Achilles tendon. He's already said he plans to make it 20.

Together, the best friends revitalized the Mavericks after a decade of losing. So it stands to reason that if Nowitzki were to take a moment to reminisce, his playmaking point guard would come to mind as he prepares to join a list that includes Kareem Abdul-Jabbar, Karl Malone, Michael Jordan and Wilt Chamberlain.

Not only did the Mavericks lack a practice facility that was theirs exclusively in the late 1990s, Nowitzki said they didn't have catering after games or even food after practice. That's why he and Nash had their favorite hangout — the Loon.

"We had to go to Chipotle after practice every other day," he said. "And after games, everything was closed so we'd hit the Loon for a chicken sandwich or a burger and a beer for recovery. You can get away with a lot of things when you're young."

Nowitzki and Nash separated before achieving their greatest successes. Nash went to Phoenix as a free agent and won consecutive MVPs in 2005-06. Nowitzki took it the next year after beating Nash and the Suns the previous season for his first trip to the NBA Finals.

Dallas lost to Miami in that 2006 series, but beat LeBron James and the Heat five years later for the franchise's only title. That's the first thing Miami coach Erik Spoelstra thinks of when asked about Nowitzki and the looming milestone.

"What else do you need to accomplish in this league?" Spoelstra asked. "In the toughest, most pressured moments, he played his best. His game is timeless. When he's playing anybody but us, I like throwing the game on and seeing Nowitzki play."

Once former Mavericks coach Don Nelson moved Nowitzki to power forward, the smooth-shooting 7-footer redefined what's known as the "stretch four" position, forcing teams to guard him at the 3-point line. But it was more than that to owner Mark Cuban.

These days, Nowitzki defers to Harrison Barnes in the Dallas offense. The Mavericks gave Barnes a max contract when Durant went to Golden State in free agency.

Barnes, who has a chance to be Dallas' first 20-point scorer since Nowitzki in 2013-14, has enjoyed the closer view of his neighbor in the home locker room.

The Mavericks haven't won a playoff series since taking the title almost six years ago, cycling through dozens of roster moves to try to give Nowitzki another shot at a title. Cuban watched all those players come and go.

"When you get a new guy on the team, you've seen Dirk but never really watched Dirk," said Cuban, who bought the team during Nowitzki's second season in January 2000. "And that jumper, you see how smooth it is and you see it go through the net. And you start to see guys really start to appreciate them and realize just how incredible he is or the competitive streak he has. There's just no way to put into words."

There's about to be another way to put it into numbers.