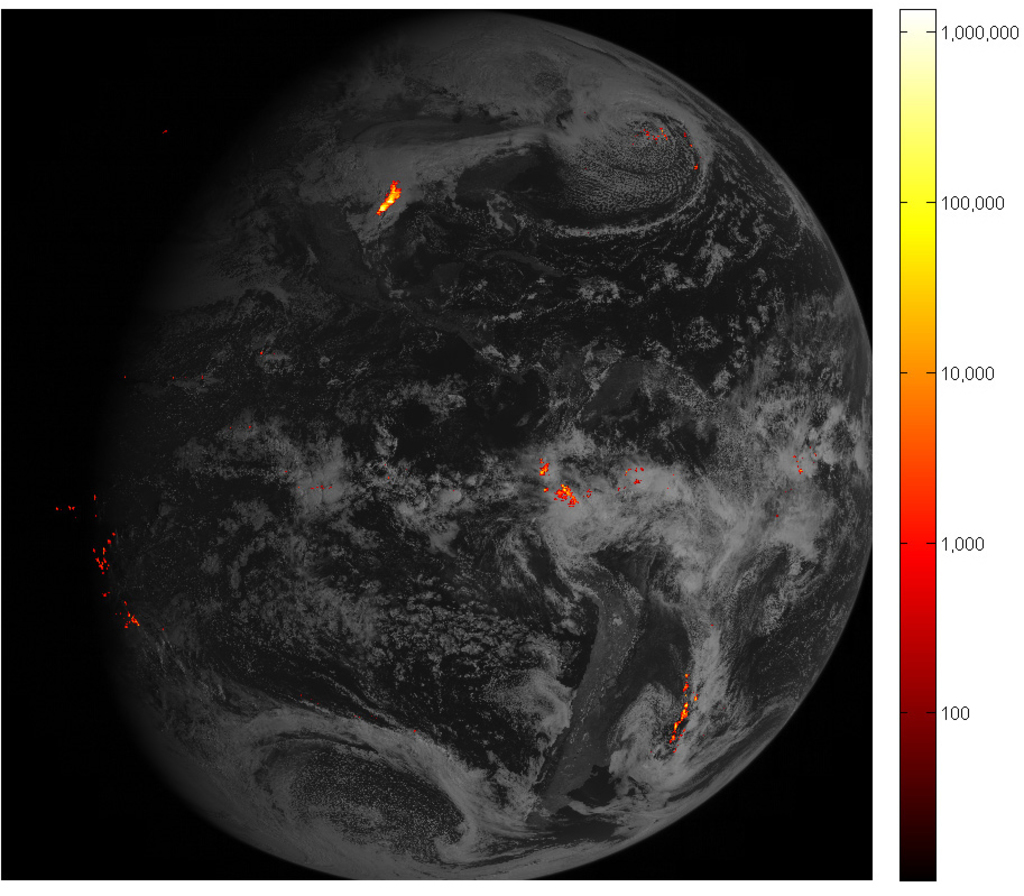 WASHINGTON (AP) — A new U.S. satellite is mapping lightning flashes worldwide from above, which should provide better warning about dangerous strikes.

The National Oceanic and Atmospheric Administration on Monday released the first images from a satellite launched last November that had the first lightning detector in stationary orbit. It includes bright flashes from a storm that spawned tornadoes and hail in the Houston region on Valentine's Day.

Earth gets about 45 lightning flashes a second, but 80 percent stay in clouds.