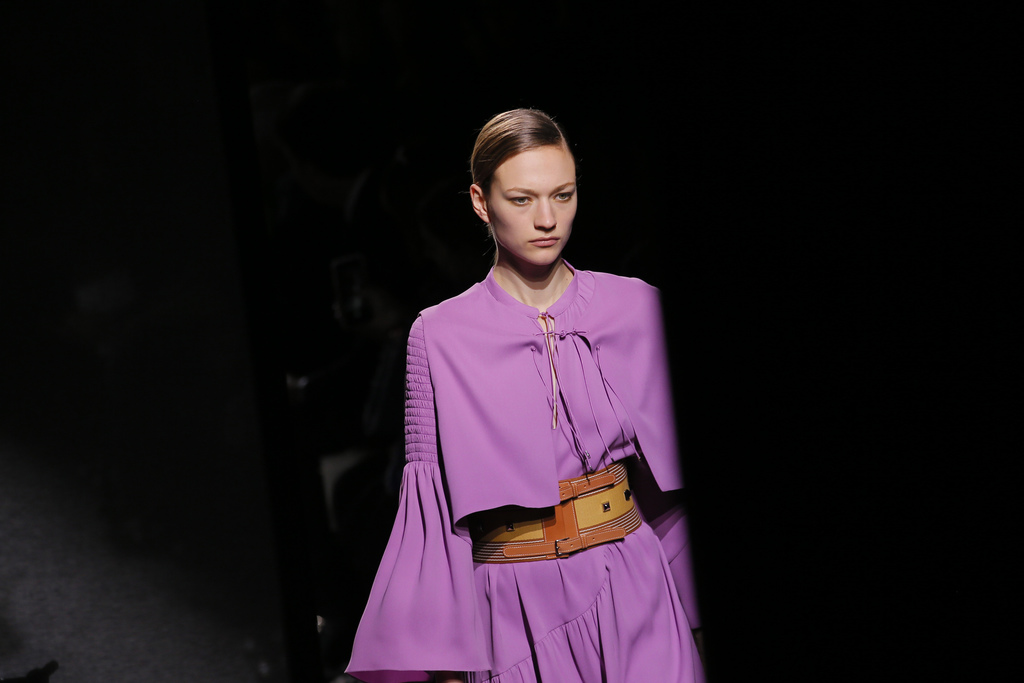 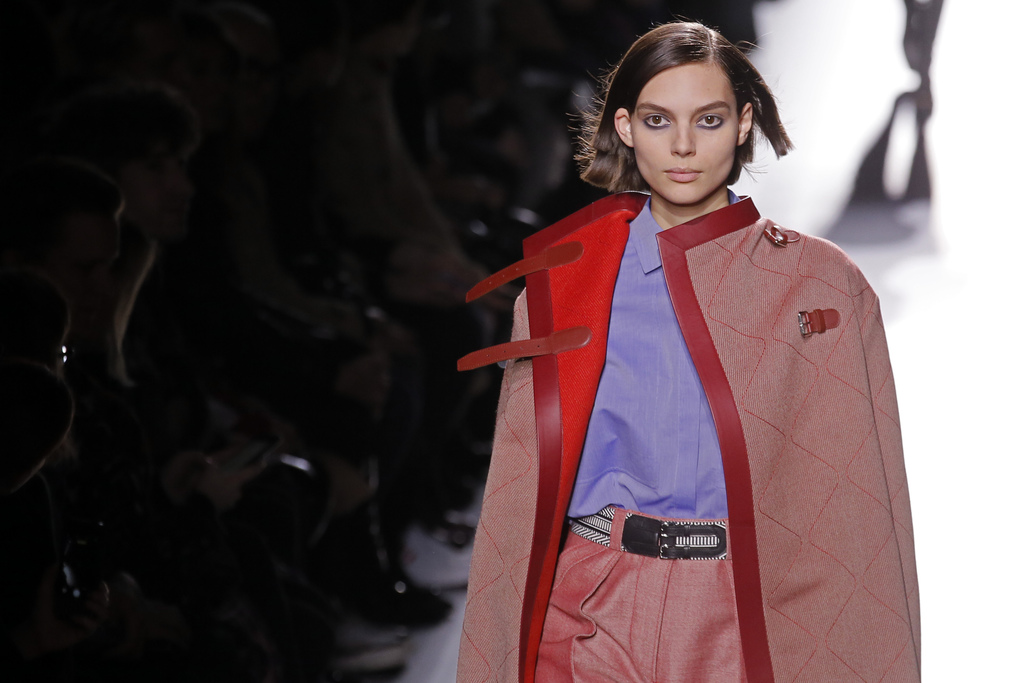 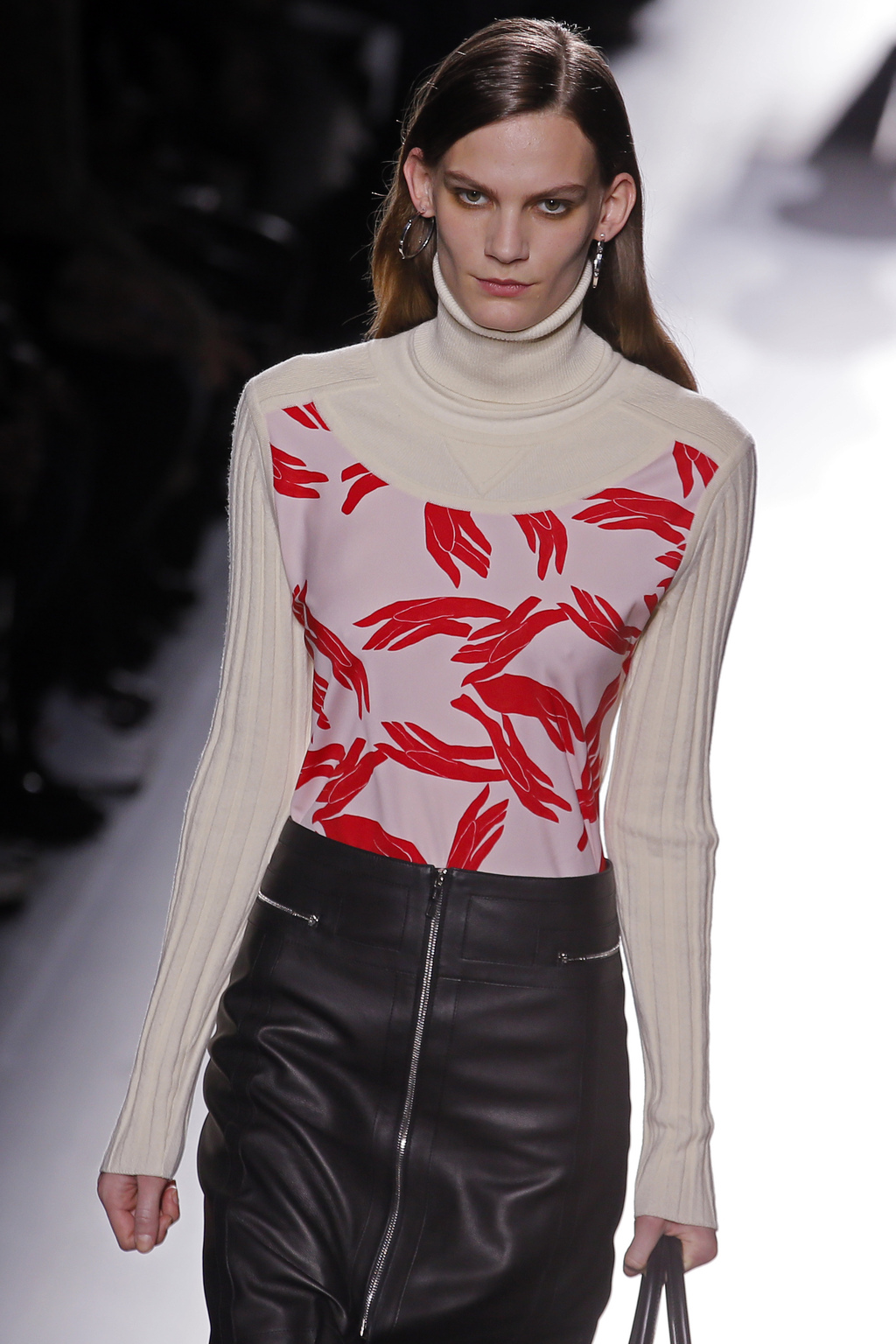 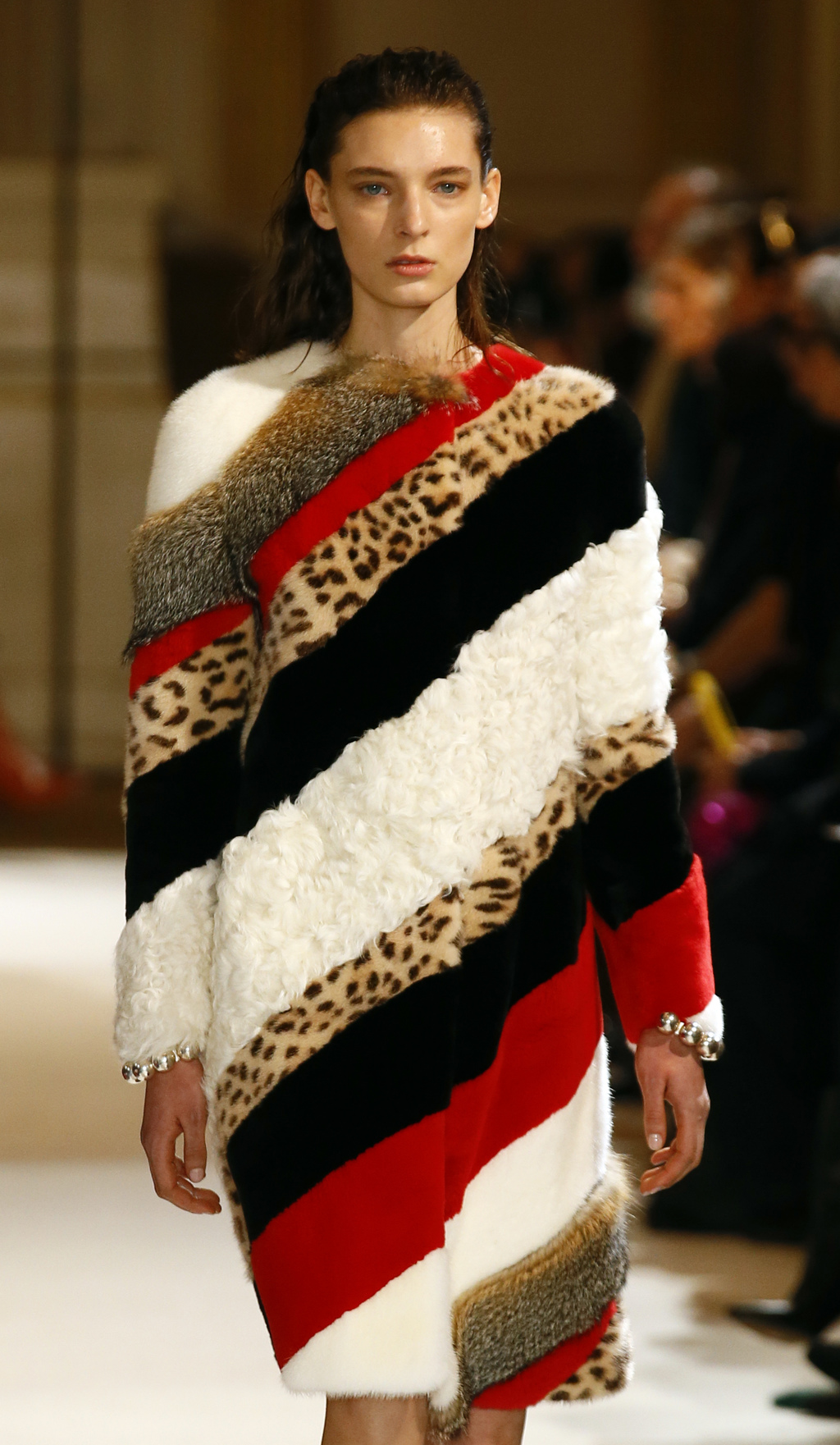 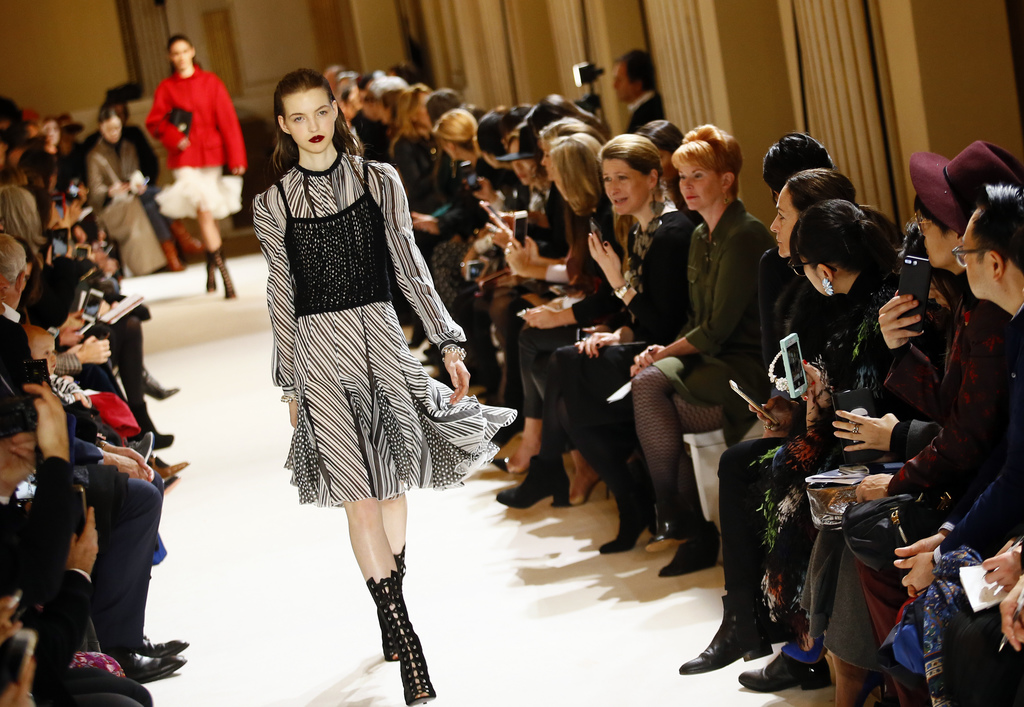 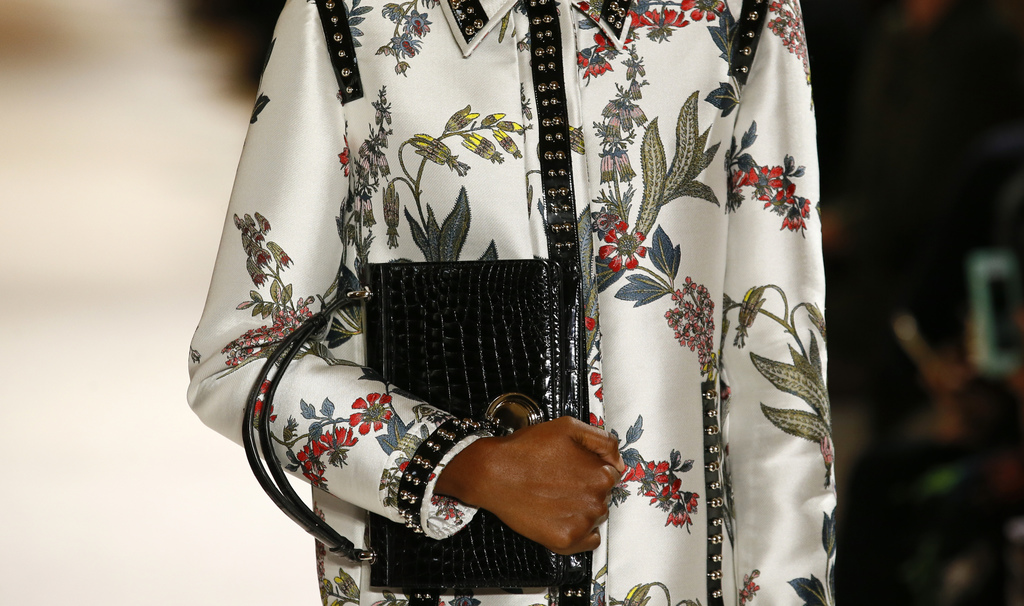 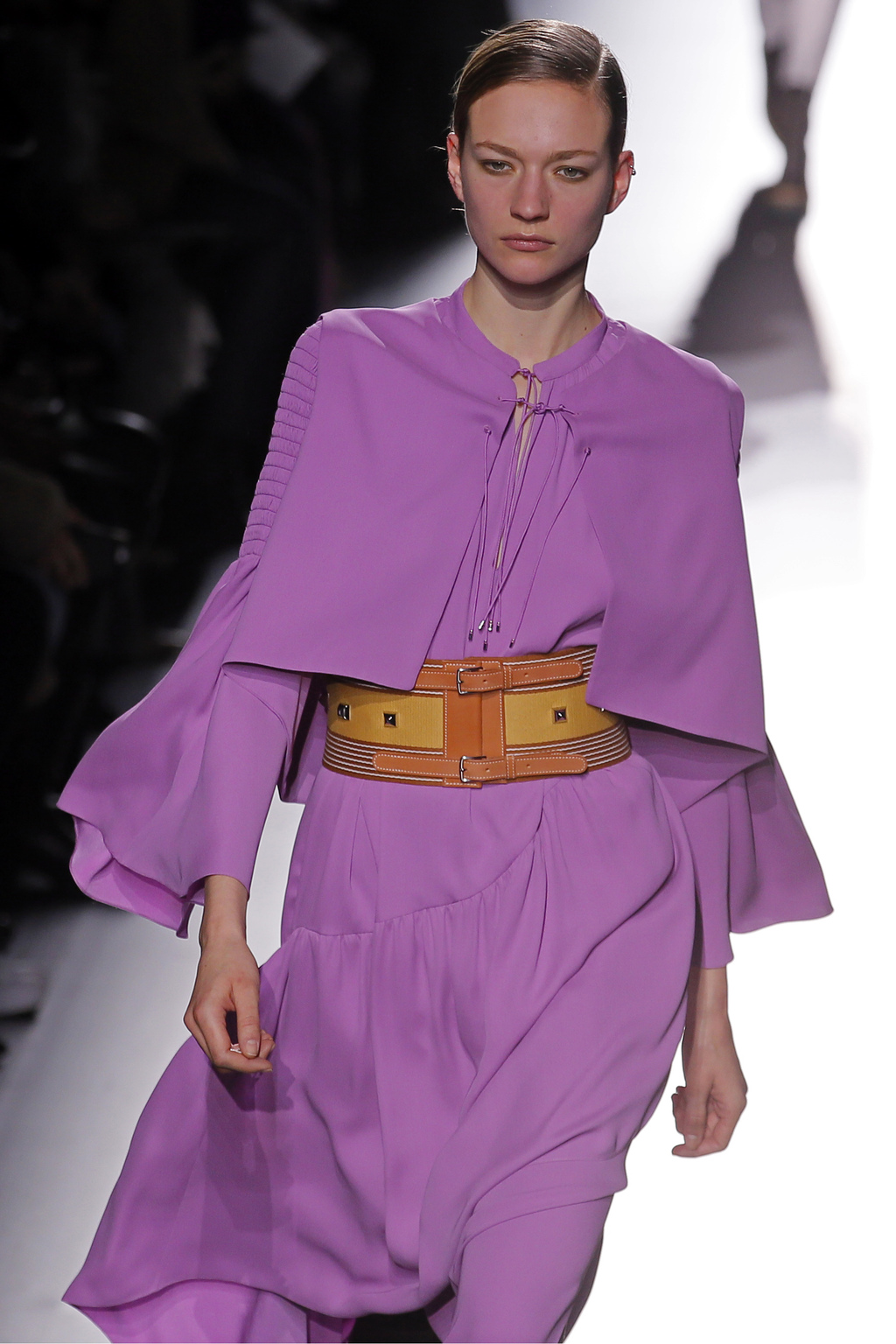 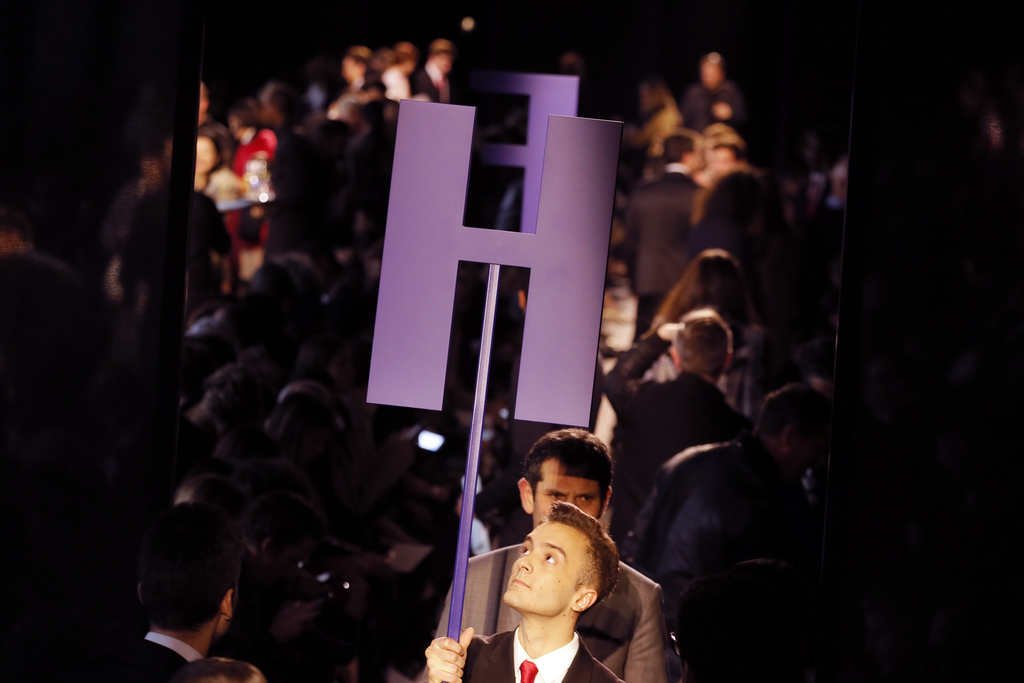 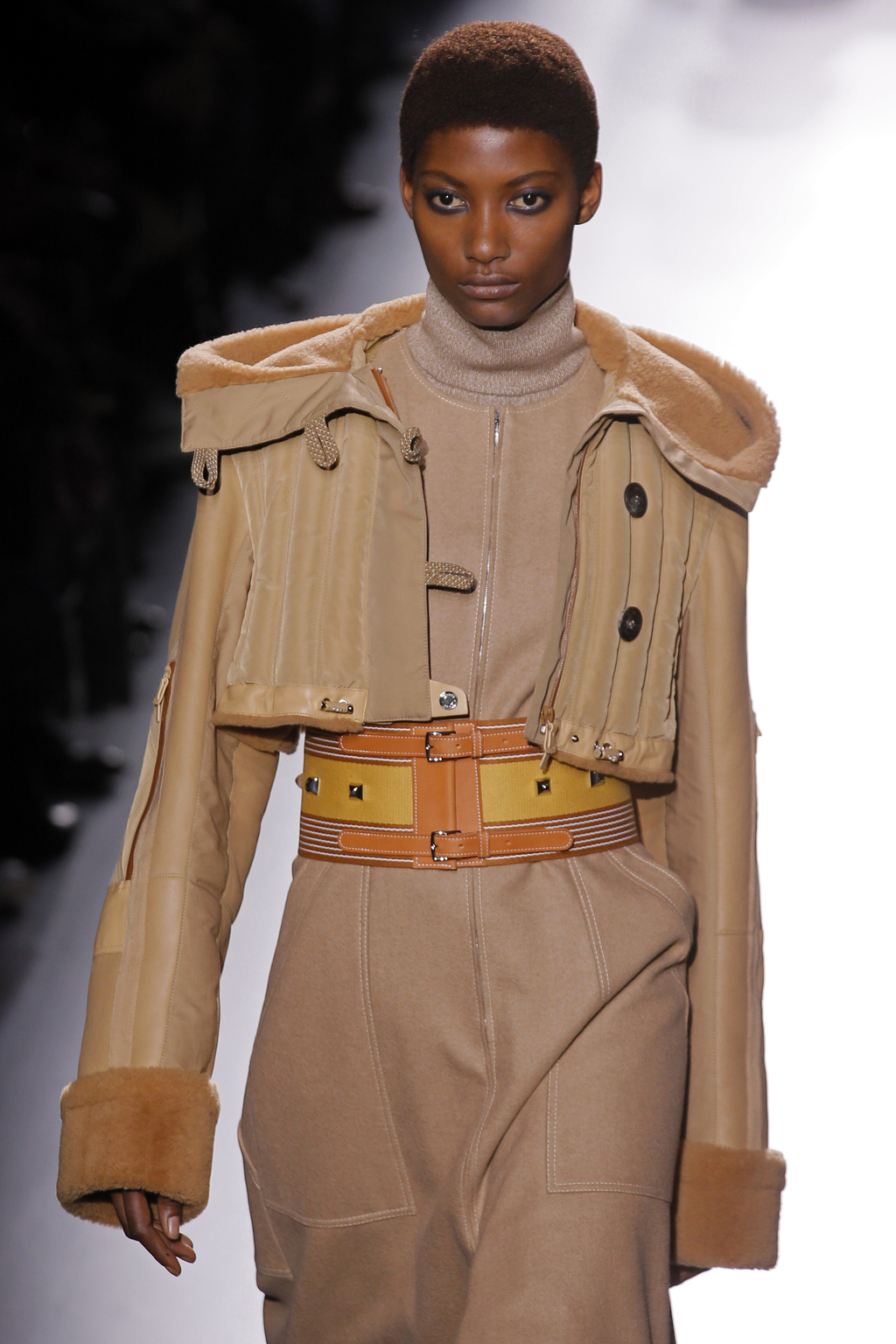 PARIS (AP) — The rocking soundtrack blasting out the lyrics "Stella's On" had guests including Pamela Anderson and Salma Hayek tapping their feet at the gilded Opera Garnier venue in Paris.

It was a knockout, energy-filled show for Stella McCartney — who headlined Monday's installment of Paris Fashion Week.

Here are some highlights.

Could it be the strongest show so far this season?

It was sensual, yet cerebral.

The British equestrian look and checks infused tailored dresses with exaggerated proportions in the sleeves.

Inventive "secondary lapels" — a lapel repeated several times in parallel — has a surreal quality, and evoked how a jacket might be seen in blurred vision.

The British masterpiece painting, "Horse frightened by a Lion," made an appearance in knit and silk crepe de chine, framed like a real canvas with square check sleeves. Alongside came a stitched, conical-bra-shape repeated several times on the high-necked looks.

Sheer lace nighties meanwhile were twinned with thick wintery, high-waisted baggy pants — an ironic touch that nicely defined the spirit of the show.

At the end, the models danced together on the runway — energetic, vibrant and free.

This mantra is now trickling down to the pre-show provisions.

Inside Paris' gilded Opera Garnier venue — bleary-eyed guests were deprived of the coffee normally served ahead of the early morning display. Instead of espresso, it was roasted herbal tea.

Monday also saw was detox drinks on the menu — one humorously promising a "botox" effect.

But whatever effect the detox drink has on the fashion crowd, will surely be undone come Stella McCartney's alcohol-fueled after-party at David Lynch's Silencio club — featuring a surprise performance.

Wintour will co-chair the May 1 Met Gala that inaugurates the exhibit with Katy Perry, Tom Brady, Gisele Bundchen and Pharrell Williams.

The preview showcased five dramatic, flame-red Comme des Garcons creations framed in a neon-lit structure — designed by the Tokyo-based designer that founded the lauded house in 1973.

It has been showing collections in Paris since the early-80s.

It's the first time the famed gala, and accompanying exhibit, will focus on one living designer since 1983, when it was Yves Saint Laurent.

Moore wore an embellished pastel couture gown with a high neck as host of the event that awards a starting designer 10,000 euros ($10,600) to help launch their brand.