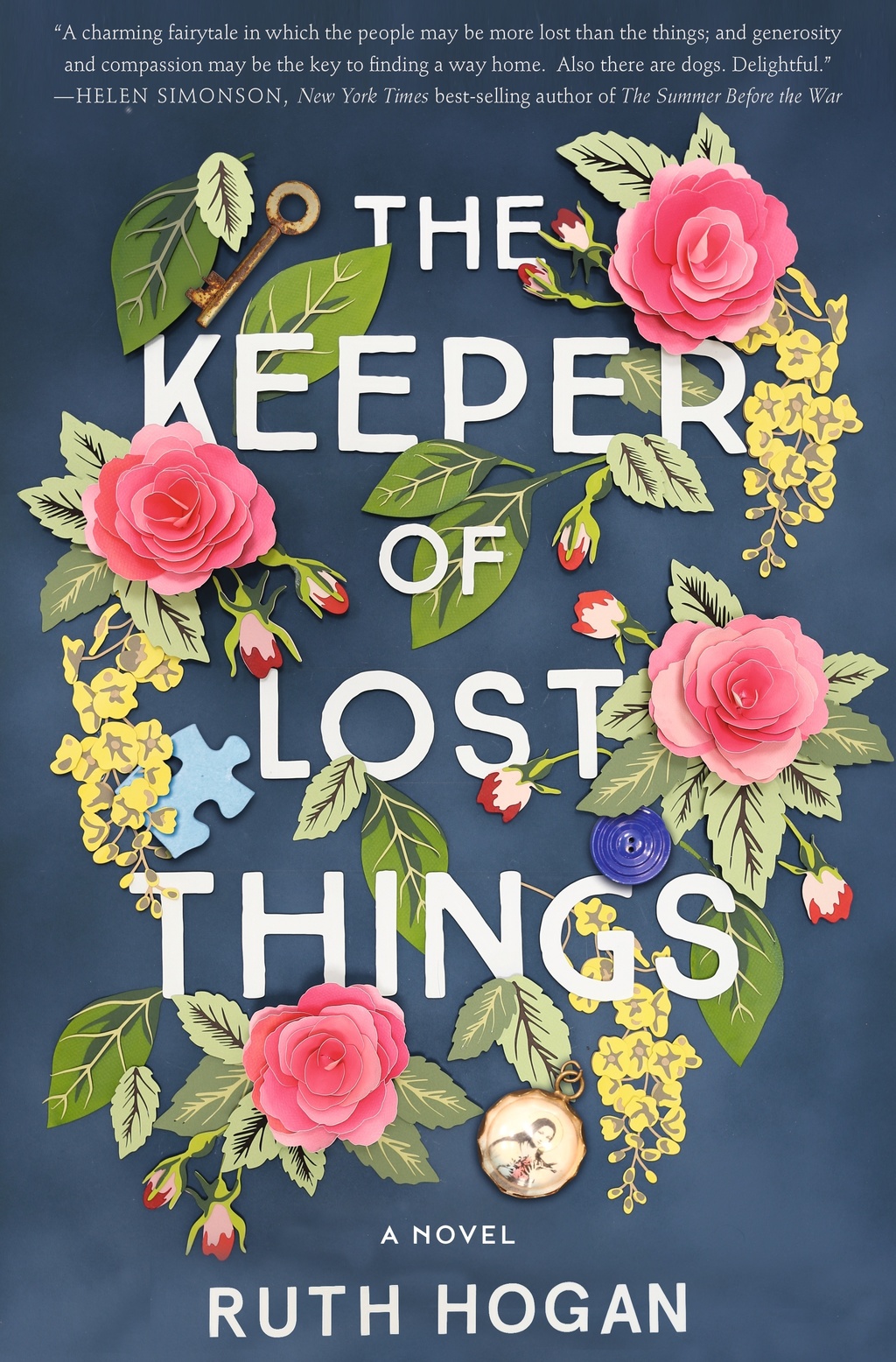 "The Keeper of Lost Things" (William Morrow), by Ruth Hogan

Did you ever consider there is a story behind seemingly discarded items that one may find on the street or in public gathering spaces? In "The Keeper of Lost Things," Ruth Hogan explores this scenario. She uses everyday objects to make delightfully charming connections among her main characters and takes the audience on a moving journey that spans decades.

When Anthony Peardew loses a cherished token given to him by his soon-to-be wife Therese, he is beside himself. Grief overwhelms him later that day when he learns his fiancee has died. Anthony vows to be the keeper of lost things. He takes great pride in gathering any random object left behind, wherever he may be, meticulously listing specific details about the lost item's whereabouts on a label.

Slowly over a period of 40 years, misplaced gloves, worn-out buttons, strayed puzzle pieces and wayward umbrellas make their way onto the massive shelves in his study. With the weight of Therese's lost keepsake still reeling in his soul, Anthony is determined to reconcile any item he can with its rightful owner.

Anthony has kept his collective habit a secret for many years. But when he senses his own end is near, he leaves everything to his assistant Laura, who has been faithfully caring for his estate for six years. Laura is surprised to learn upon Anthony's death that along with the gorgeous mansion, she has inherited all of Anthony's lost things, including the ghost of his young fiancee.

Armed with a letter from Anthony begging Laura to do her best to reunite the lost items with their owners, Laura is determined to make him proud. Broken and lost herself, Laura takes on the challenge with the help of a few friends.

"The Keeper of Lost Things" takes a unique approach to storytelling. With each introduction of the lost items, the plot moves along in unexpected twists and turns. Laura eventually realizes that working in the midst of a mountain of missing treasures, she just might find herself in the process.