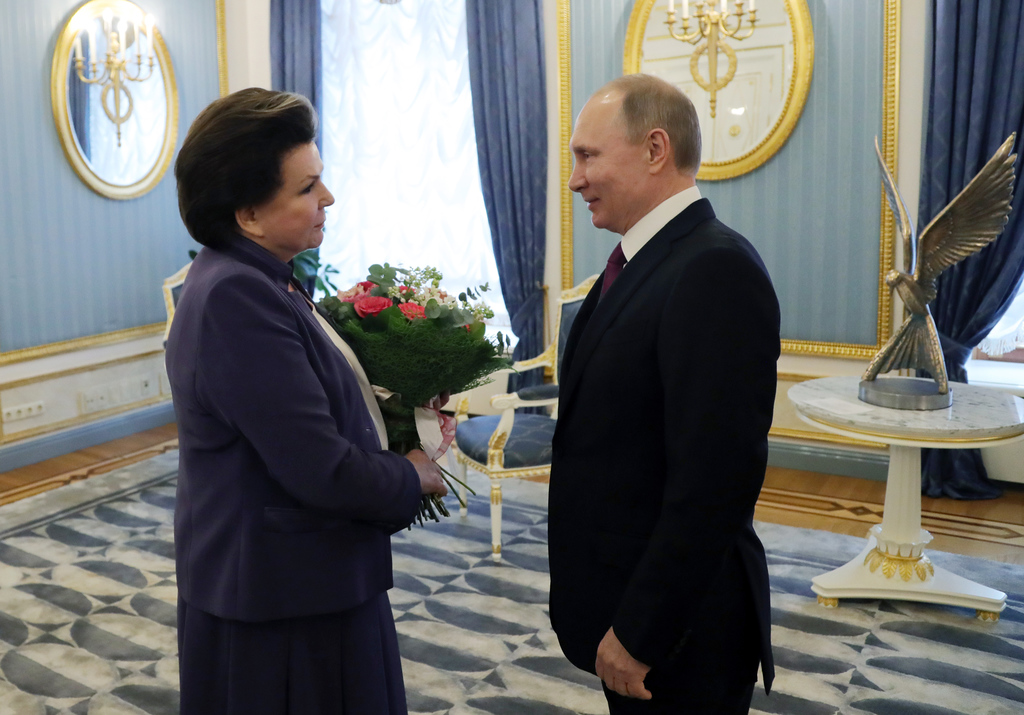 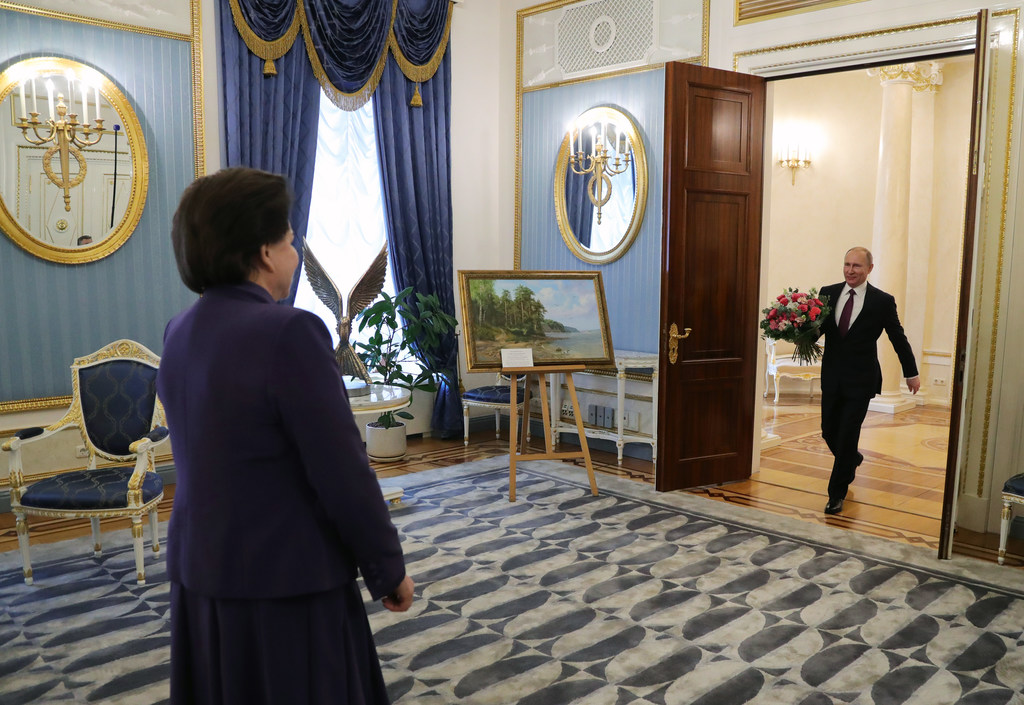 President Vladimir Putin hosted Tereshkova at the Kremlin on Monday, praising her as "a role model for us and a symbol of service to the Fatherland."

He presented Tereshkova with a painting of seagulls over the Volga River, a reference to her call sign Chaika (Seagull) during her mission in June 1963.

The three-day mission made her an instant global celebrity and a poster figure for Soviet space glory. Tereshkova received a hero's welcome after the flight and was showered with awards and honorary titles.

She is still a member of the Russian parliament, serving as a deputy chair of committee for municipal issues