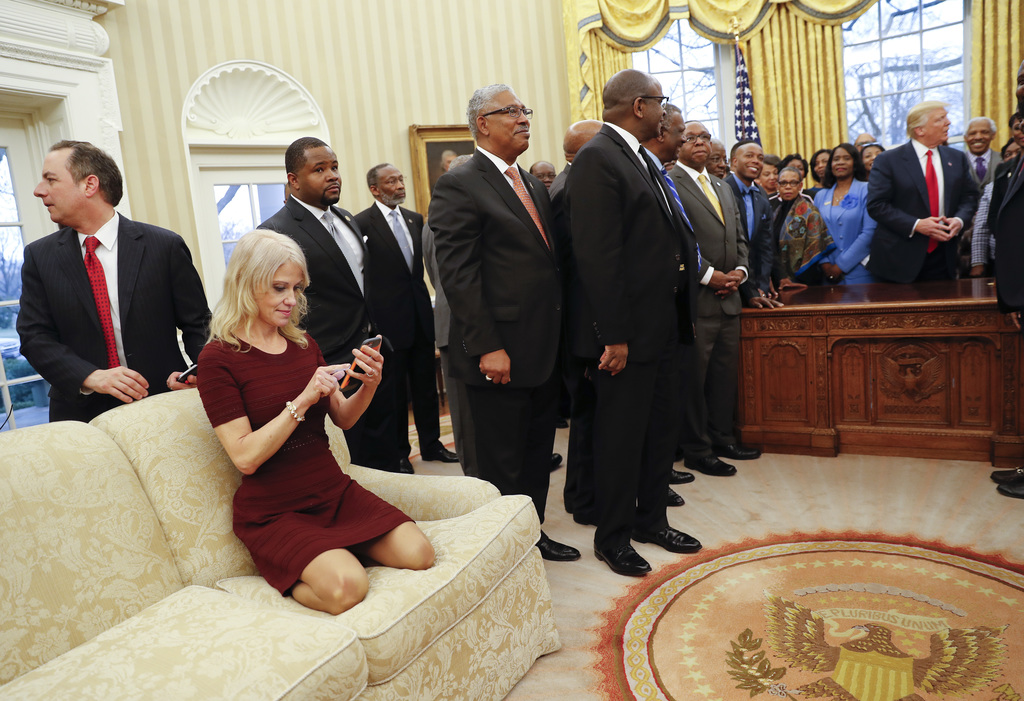 Democrat Cedric Richmond made the joke during a comedy routine at last week's annual Washington Press Club Foundation congressional dinner. Citing the picture of Conway kneeling on a couch in the Oval Office, Richmond said Conway looked "kind of familiar there in that position."

The joke fell flat as the room full of journalists, congressional staffers and politicians audibly groaned.

Richmond initially defended the joke, saying he simply meant that Conway looked too comfortable. But Sunday night he issued a statement saying he apologizes to Conway and everyone who found his comments to be offensive.