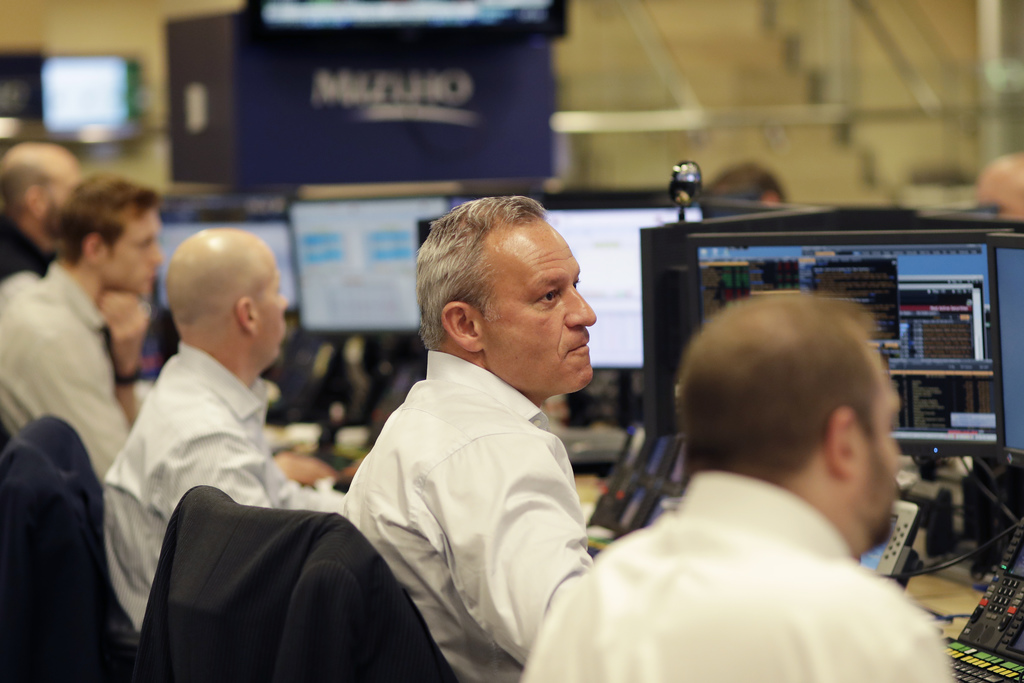 NEW YORK (AP) — U.S. stocks are starting lower for the second time in three days as most parts of the market slip. Banks, which surged last week as interest rates quickly rose, are returning some of their gains. Meat producer Tyson Foods is falling after avian flu was discovered at a supplier's farm.

TYSON SKIDS: More than 70,000 chickens were destroyed at a chicken farm because of a bird flu outbreak, and Tyson Foods stock slumped. The U.S. Department of Agriculture said around 30 poultry farms in the area have been quarantined. Tyson said the discovery won't affect its business, but it brought back bad memories: in 2015, U.S. poultry producers lost 48 million birds to a different strain of the virus. The most recent U.S. detection of the virus was in January 2016 in a commercial turkey flock in Indiana.

DRIVE IT OFF THE LOT: French automaker PSA Group agreed to buy General Motors' European business. The European unit hasn't made a profit for GM in 18 years, and investors were glad to see it go: GM's stock jumped almost 5 percent when the talks were disclosed last month. PSA already makes Peugeot and Citroen cars, and the addition of the Opel and Vauxhall brands will make it the second-largest automaker in Europe. Its stock rose 3 percent.

DEUTSCHE DOWN: Deutsche Bank said it will raise at least $8.5 billion in capital and sell a stake in its asset management business to shore up its finances. The bank is also giving up on its effort to sell Postbank, its retail banking business. Deutsche Bank has been struggling to make a profit recently and has cut costs and sold some businesses, but until recently, it said it would not issue new stock. The stock fell 39 cents, or 2 percent, to $18.69. The stock has tumbled 41 percent over the last two years.

UNDER THE FLOORBOARDS: Armstrong Flooring reported a bigger quarterly loss and weaker sales than expected, and the flooring maker said it expects sales to remain weak in 2017. The stock dropped $2.45, or 11.2 percent, to $19.50.

CHINESE CONGRESS: Over the weekend Premier Li Keqiang, China's top economic official, trimmed the country's growth target to 6.5 percent and warned of dangers from global pressure for trade controls. Li promised to cut surplus steel production that is straining trade relations with Washington and Europe and pledged equal treatment for foreign companies. China is the second-largest economy in the world, and the prospect of lower growth hurt the price of copper. Steel companies also skidded. U.S. Steel fell 93 cents, or 2.5 percent, to $36.80.