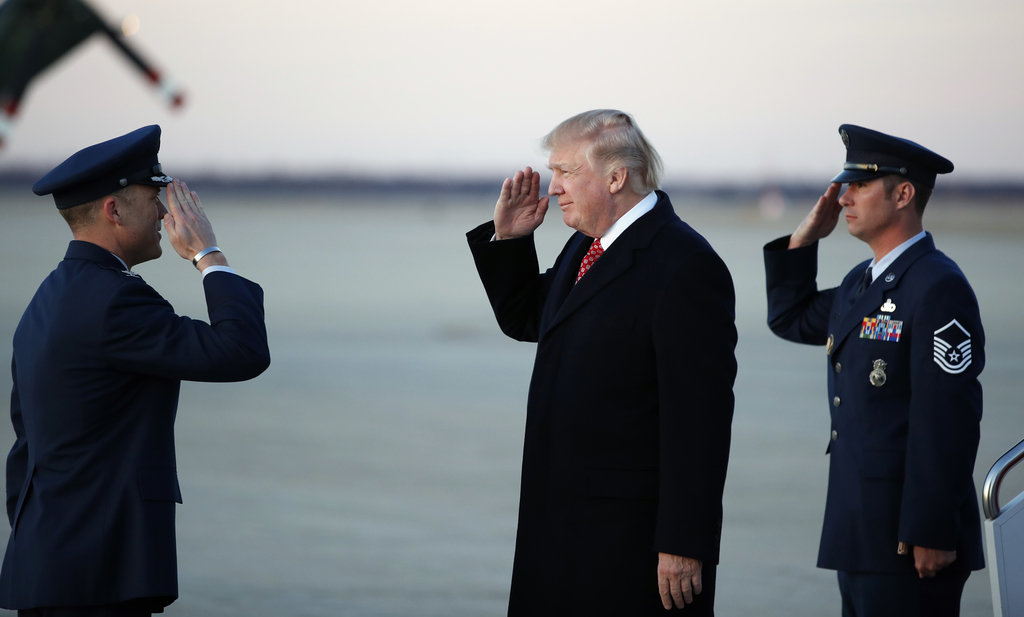 That's according to a fact sheet distributed to lawmakers and obtained by The Associated Press.

Trump will sign the order on Monday. The new directive aims to address legal issues that arose from the original order, which was blocked by the courts.

According to the fact sheet, people from Sudan, Syria, Iran, Libya, Somalia and Yemen who do not currently have valid visas will be blocked from coming to the U.S. for 90 days.

Iraq was originally included on the list of banned countries. But according to the fact sheet, Iraq was removed from the order after agreeing to increase cooperation with the U.S. government on vetting of its citizens applying for a travel visa.

A revised executive order temporarily barring the entry of people from certain Muslim-majority countries and halting the nation's refugee program is headed to President Donald Trump.

The new order has been in the works since shortly after a federal court blocked Trump's initial effort, but the administration has repeatedly pushed back the signing as it has worked to better coordinate with the agencies that it will need to implement the ban.

Trump administration officials have said the new order aims to overcome legal challenges to the first.