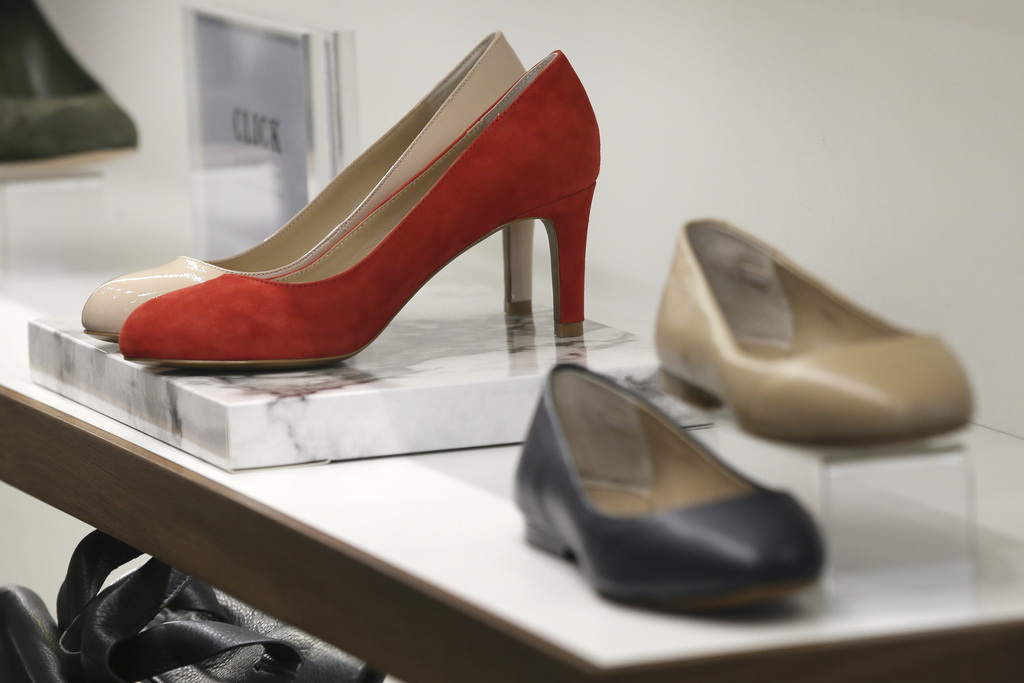 LONDON (AP) — British lawmakers are focusing on footwear, asking whether employers should be able to make women wear high heels as part of corporate dress codes.

Members of Parliament on Monday will debate banning mandatory workplace high heels, in response to a petition by a receptionist who was sent home for wearing flat shoes.

Nicola Thorp was told in December 2015 that her shoes were unacceptable while on assignment in London with finance firm PwC, and was sent home without pay. After she launched an online petition, the Portico employment agency said it was changing its policy to allow workers to wear flat shoes if they prefer.