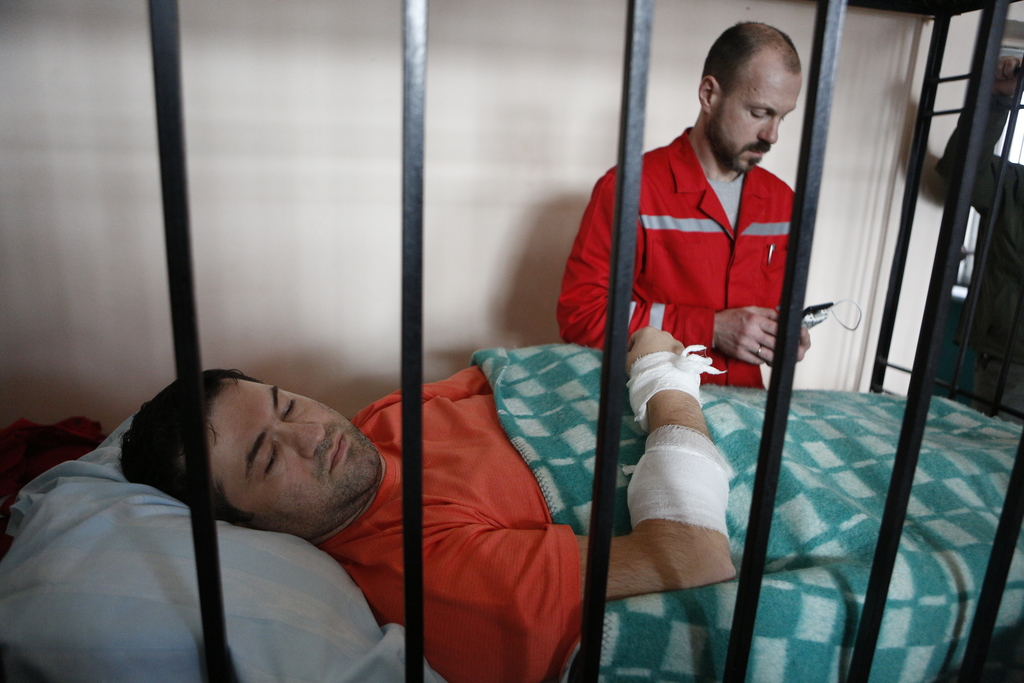 MOSCOW (AP) — A court in Kiev is hearing motions on the embezzlement case against Ukraine's top tax official.

Roman Nasirov, chief of the Ukrainian Fiscal Service, was detained over the weekend and instantly reported heart problems. His detention expired late Sunday, and Nasirov, lying on a stretcher, spent the night in the courtroom. Outside, dozens of protesters who feared he would flee have been blocking the building.

The Ukrainian government suspended Nasirov pending an investigation alleging that the tax chief defrauded the state of 2 billion hryvnias ($74 million).

The Nasirov affair is arguably the highest-profile corruption investigation since a pro-Western government assumed power in the country in February 2014.

Opposition lawmakers have campaigned for Nasirov's resignation, accusing him of covering up large-scale bribery and tax dodging.