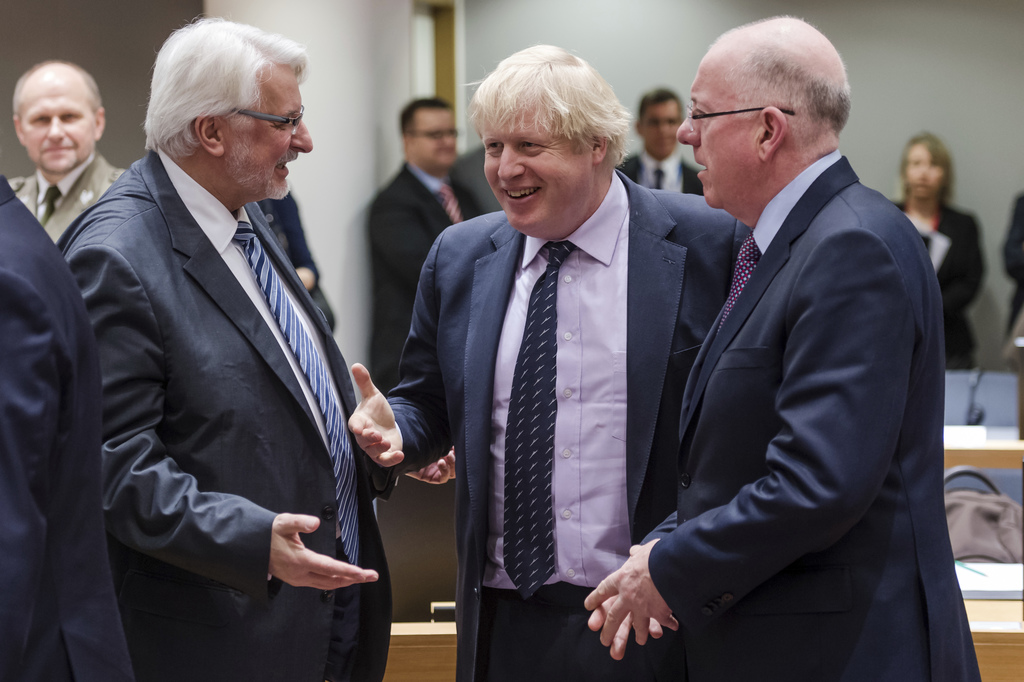 BRUSSELS (AP) — Britain's foreign secretary says he will encourage Russia to change its ways and win back international trust in talks soon with his Russian counterpart Sergey Lavrov.

Foreign Secretary Boris Johnson said Monday that "Russia has to be engaged on a twin-track basis."

Citing Russian cyberattacks and interference in the Balkans and Ukraine, Johnson said: "Let's be very clear, Russia is up to all sorts of no good."

Johnson insisted that no one wants a new Cold War, "so it's vitally important that we try to engage with the Russians ... and we try to shape their policies and help them onto a better path"

The timing of Johnson's visit has yet to be confirmed.