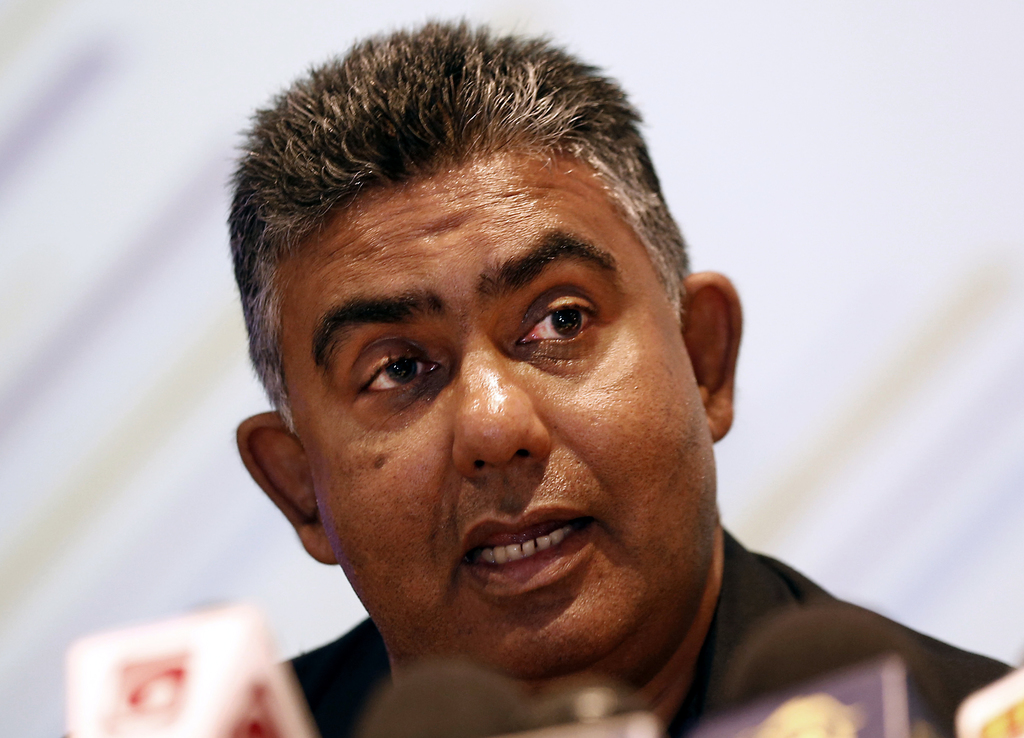 GALLE, Sri Lanka (AP) — Rangana Herath isn't putting a lot of emphasis on Sri Lanka's unbeaten record against Bangladesh in the five-day format as he prepares to lead his lineup into a home test this week.

Sri Lanka has won 14 and drawn two of its previous tests against Bangladesh, the most recent addition to cricket's elite group of 10 test-ranked nations.

But Bangladesh has improved rapidly in the test format, and is coached by former Sri Lanka test cricketer Chandika Hathurusingha. Thilan Samaraweera, who played 81 tests for Sri Lanka before retiring in 2013, is Bangladesh's specialist batting coach.

Hathurusingha was Sri Lanka's 'A' team coach for several years and spent two years with the senior team.

"I have played a lot of domestic cricket with Chandika for Moors Sports Club. He is a guy who is meticulous in his planning and leaves nothing for chance," Sri Lanka captain Herath said. "Bangladesh has some advantage as its coaching staff is well aware of our strengths and weaknesses.

"More than any other opposition that's a big advantage they have."

Herath is leading the Sri Lanka team only because regular skipper Angelo Mathews is recovering from a hamstring injury that he sustained during Sri Lanka's tour of South Africa. Mathews missed out on the recent the T-20 series in Australia as well due to the injury.

Sri Lanka's form is a concern for selectors as well, following a 3-0 loss in South Africa in in the test series followed by another sweep, this time 5-0, in the limited-overs internationals.

"The conditions in South Africa were tough for us. But we can draw inspiration by our series win in Australia as that was the last home series we had," Herath said of Sri Lanka's 3-0 clean sweep at home against Australia last August.

He noted that some of our batsmen have scored heavily in the last two weeks, with Dimuth Karunaratne scoring a double century against England 'A' and Dinesh Chandimal scoring 190 against Bangladesh in a warmup match.

Bangladesh captain Mushfiqur Rahim has been relieved of wicketkeeping duties and he is expected to bat higher in the order.

Mushfiqur has happy memories in Galle, where he posted a career-best 200 the last time Bangladesh played here in 2013. Bangladesh went onto draw that game thanks to Mushfiqur's double hundred.

"It's always a nice feeling when you have achieved something personally and for the team,"Mushfiqur said. "However this is a new team. We need to compete well and, more importantly, get off to a good start."

In the absence of Mathews, Sri Lanka's main batsman, Herath said Dinesh Chandimal will play as a specialist batsman while Niroshan Dickwella will keep wickets. Herath added that Chandimal is expected to bat at No. 4 in the first of the two tests.

Upul Tharanga, who batted in the middle order during the recent series in South Africa, is expected to open batting with Karunaratne.

Bangladesh is delighted with the return of left-arm quick Mustafizur Rahman, who hasn't played any test cricket since August 2015. Although only 21, the fast bowler has already made an appearance in County Cricket having played for Sussex last season and he is the key fast bowler for Bangladesh.