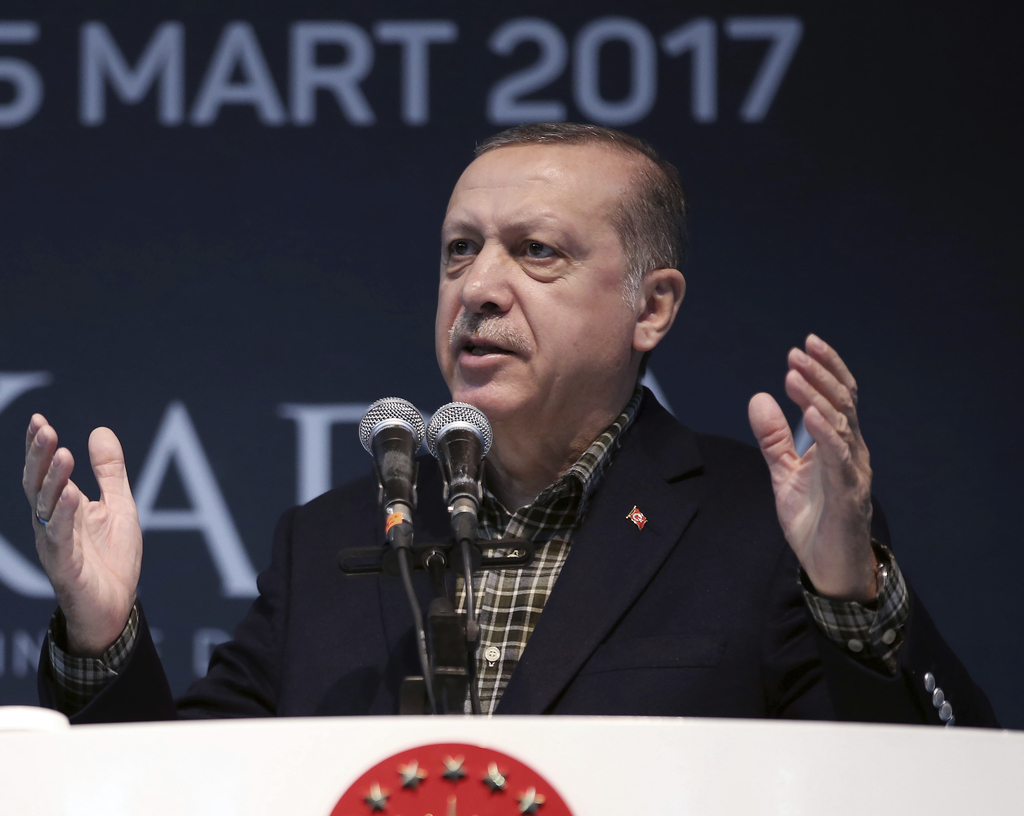 He told German public Television ARD that "Germany cannot be outmatched regarding the rule of law, tolerance and liberality."

He said the government was in contact with Turkey's government and announced that "we will make sure the significance of the problems of what happened in recent days will be recognized and understood in Ankara as well."

Germany-Turkey diplomatic tensions have risen amid Turkish plans to have government ministers address rallies in Germany in support of an upcoming constitutional referendum that would give Erdogan new powers.