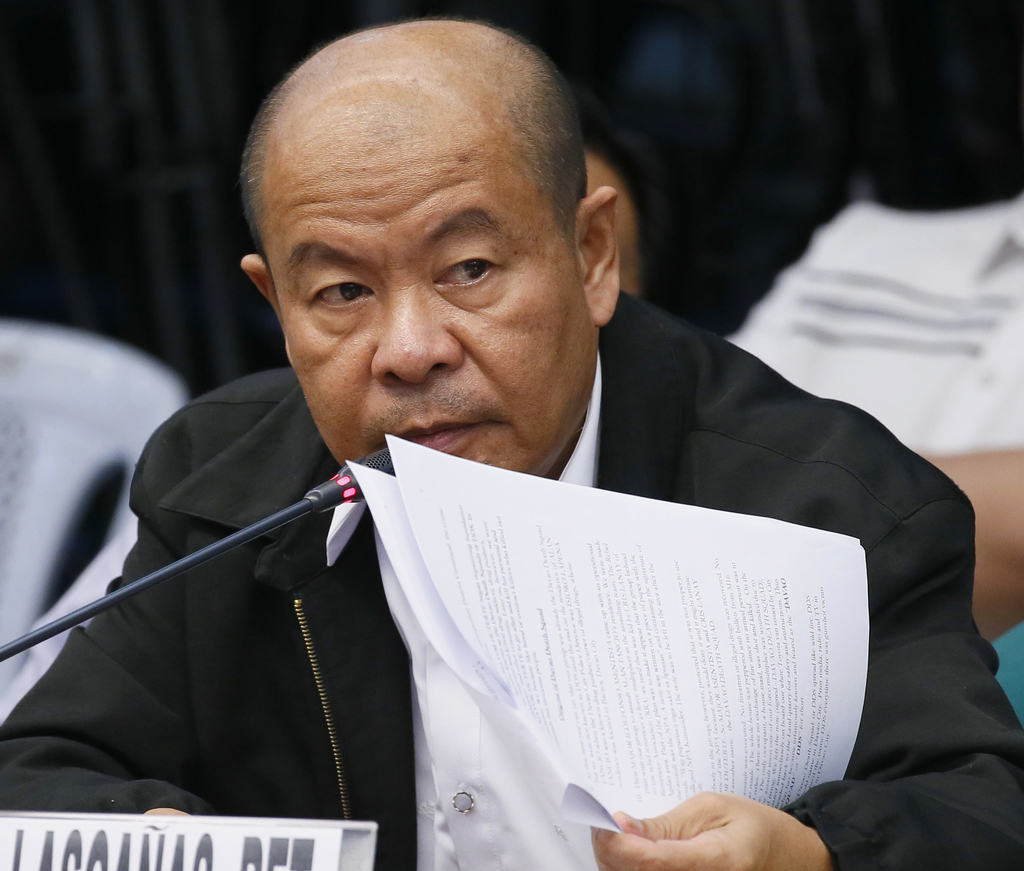 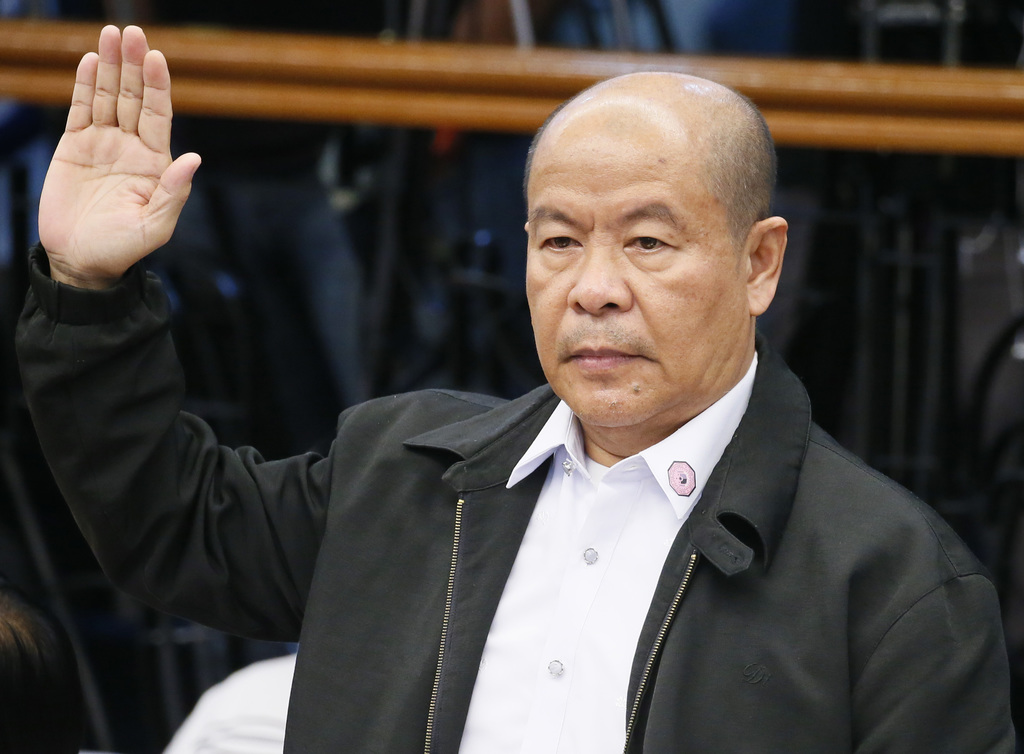 MANILA, Philippines (AP) — A retired Philippine officer on Monday linked President Rodrigo Duterte, when he was a mayor, and his men to nearly 200 killings, including of foreign drug suspects, that the officer and other members of a so-called death squad allegedly carried out.

Arturo Lascanas made the allegations at the start of a televised Senate inquiry, where pro-administration senators grilled him on his statements, including his 2016 Senate testimony where he denied Duterte, as Davao city mayor, ordered killings of drug suspects by him and other gunmen by the purported "Davao Death Squad."

Duterte's spokesman, Ernesto Abella, described Lascanas as a "polluted source and perjured witness" and called his testimony "fabricated and unacceptable."

The allegations come as Duterte and his administration are under fire for a crackdown on suspected drug dealers and users that has left thousands of people dead since Duterte became president last June.

Senators opened a separate inquiry last year on extrajudicial killings of drug suspects allegedly ordered or known by Duterte, then city mayor Duterte starting in the late 1980s, after one of the alleged gunmen, Edgar Matobato, went public with the allegations.

Matobato testified then that Lascanas was involved in the killings, but Lascanas denied that under oath and said there was no such thing as a "Davao Death Squad."

Lascanas now says he lied last year about his role in the killings because he was concerned about his family's safety.

He first disclosed the allegations at a news conference two weeks ago, and repeated them under oath in the Senate hearing.

Lascanas said Monday that his conscience bothered him and that he had a spiritual awakening that prompted him to publicly confess.

He said that he had two of his brothers killed for their involvement in illegal drugs.

Lascanas said he was given large amounts of money and monthly allowances by Duterte, a few times directly and often through other police officers, for carrying out the Davao city killings and also for his "blind obedience and loyalty" to the mayor.

Lascanas testified that he personally knew of Duterte's direct involvement in some of the killings. He said his group carried out other attacks led by police officers, who told him the assaults were ordered by Duterte.

One target was radio commentator Jun Pala, who had angered Duterte with critical commentaries. Lascanas said he was in the group of gunmen who killed Pala in 2003.

The victims included 11 Chinese drug suspects. Lascanas said they tried to bribe their way out of trouble, but his group gunned them down in a quarry, allegedly on orders from Duterte. Another foreigner they killed was a supposed Pakistani terror suspect, who was slain on an island near Davao city, Lascanas said.